Kyrie Irving gets testy with cameraman, has NSFW take (Video) 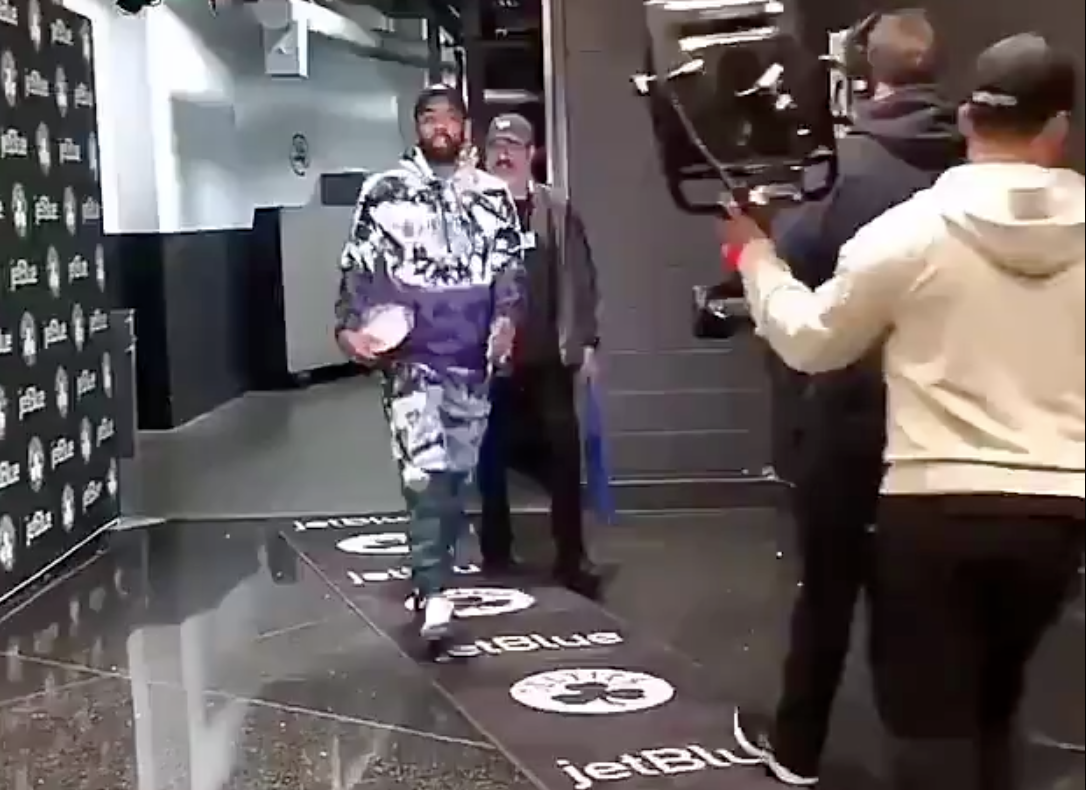 Kyrie Irving gets testy with cameraman, has NSFW take (Video)

Celtics star point guard Kyrie Irving once appeared to be all-in on re-signing with the team earlier in the season, but things have really gone downhill since, and the team’s poor play has clearly impacted his mood and mannerisms off the court.

Irving has given some short answers to reporters after games, not offering much explanation for the disappointing results, and frankly, he appears tired of it all.

That was on display before Sunday’s game against the Rockets, when he stared at a cameraman in disgust, and said the following: