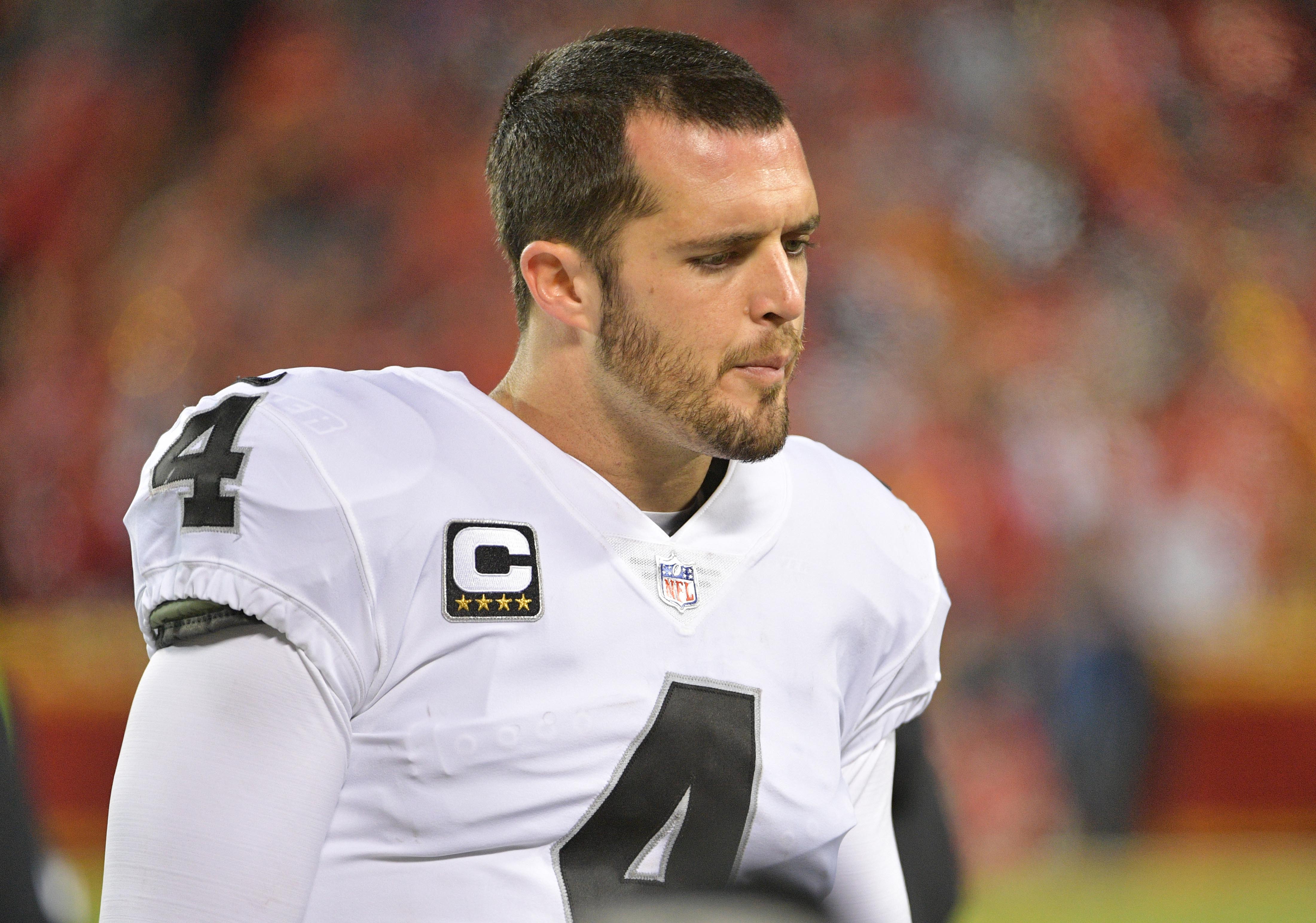 Raiders quarterback Derek Carr has spent all five seasons of his NFL career with the team, having been drafted by Oakland in the second round, but he could be traded away in the coming months — if not weeks.

Carr is playing out a five-year, $125 million contract, but it was given to him by the past regime — not the one currently led by head coach Jon Gruden and general manager Mike Mayock.

Not only that, Carr is more of a quiet leader who doesn’t show much emotion — which is the opposite of the quarterbacks Gruden tends to target. He usually likes vocal, “Rah Rah!” guys to really take charge and command the offense, both on the field and in the locker room. Carr is certainly not that.

The dissension and heated arguments on the field during games between Carr and Gruden last season further adds to that dynamic, and given all the draft picks the Raiders have in the coming years, it’s been rumored that the team will eventually draft a young signal-caller, then move on from Carr.

And they may do that sooner than expected, as a report from Bleacher Report states that the Raiders were shopping Carr to other NFL teams at the Scouting Combine.

Hearing the Raiders were shopping Derek Carr at the NFL Combine

This doesn’t come as a surprise, and we won’t be surprised if a trade does happen, given how thin the free-agent quarterback market currently is this season. If Nick Foles does sign with the Jaguars, then a number of teams — Dolphins, Redskins and Giants among them — could be in play for Carr. His contract isn’t one that teams will be lining up to take on, though, but he’s still cheaper than other veteran quarterbacks.