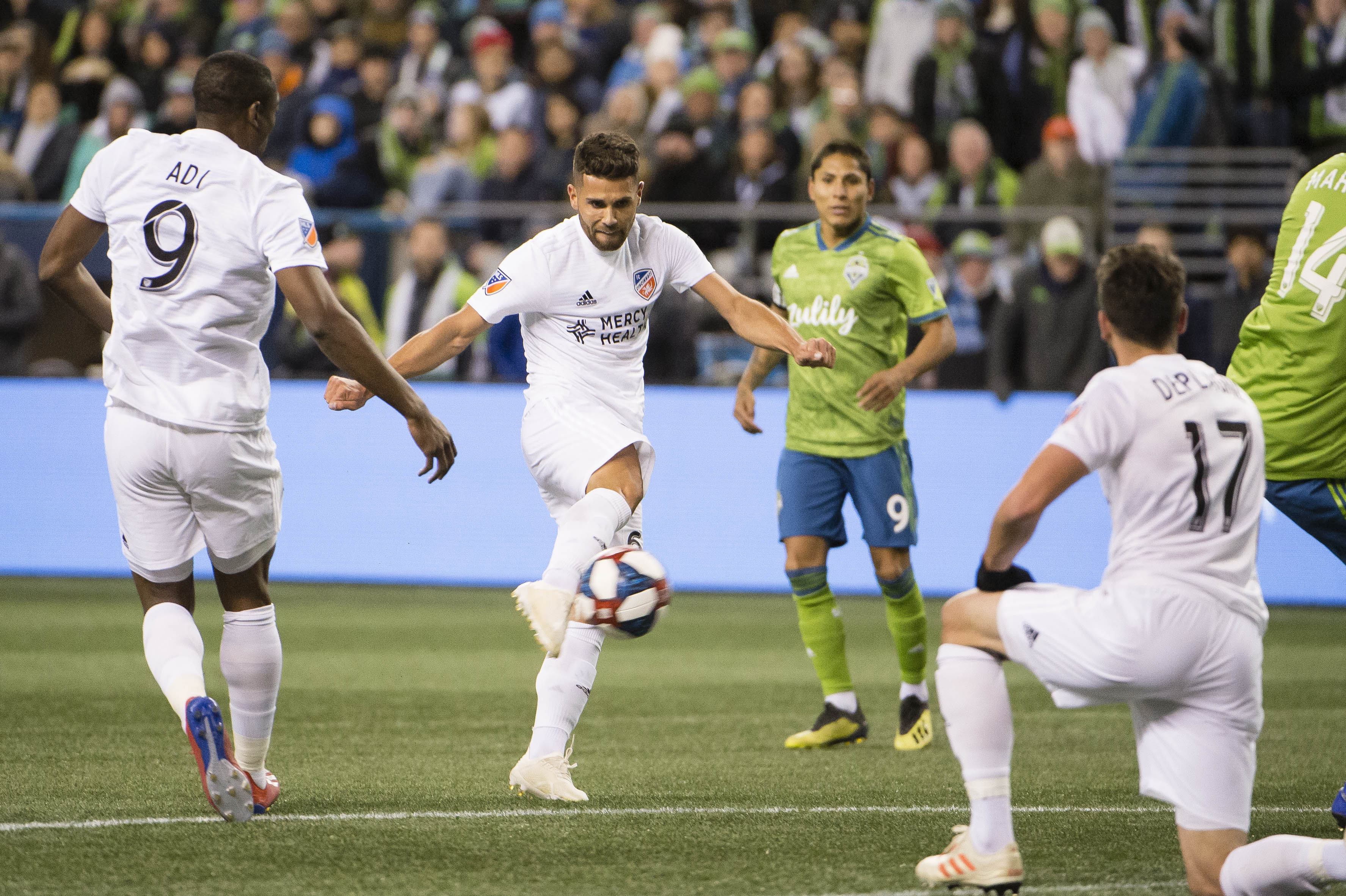 FC Cincinnati was listed as a six-to-one underdog in its first match in MLS history against the Seattle Sounders on Saturday, but it sure didn’t play like it early in the match.

CenturyLink Field was booming for the 7 p.m. local start time kickoff, and many young teams would have succumbed to the crowd noise and strong play from one of the favorites to win the 2019 MLS Cup.

But not FC Cincinnati. Not only did it weather the storm, but it also managed to score first — on its first-ever shot on goal, no less.

And you’ll want to see the team’s first goal in MLS history, as it was an absolute rocket. The ball was bouncing around in the box, thanks to a poor clearance attempt from Chad Marshall. It deflected out to Leonardo Bertone, who was positioned perfectly waiting for it, and he uncorked a ridiculous volley, perfectly placed in the corner of the net.

Stefan Frei is one of the best goalkeepers in the MLS, but he had no chance on that one. What a goal.