Wizards find secondary scoring and shake up rotation against Timberwolves 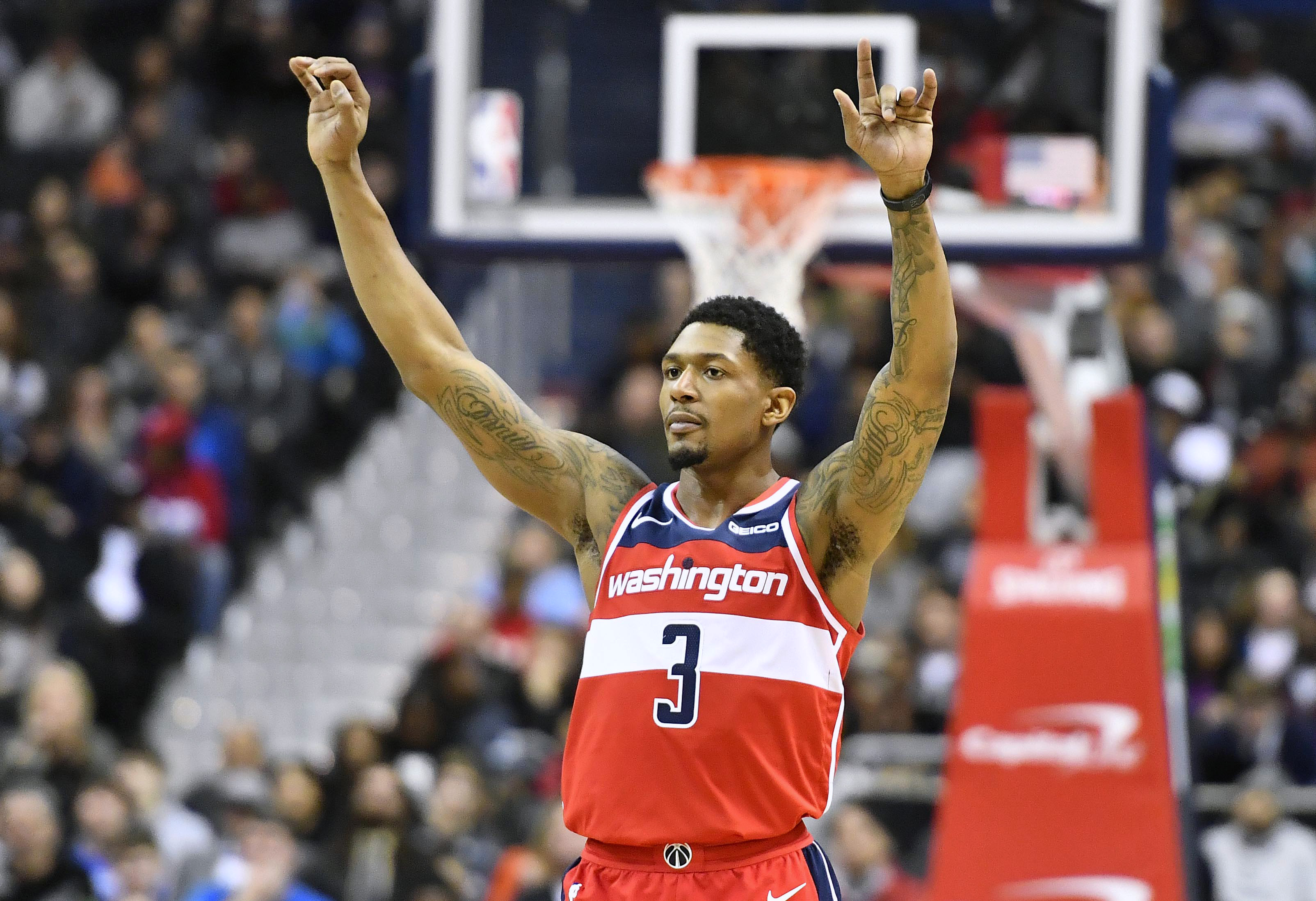 Wizards find secondary scoring and shake up rotation against Timberwolves

The Washington Wizards continue their pursuit of a playoff berth in the weak Eastern Conference and they got a lot of help on Sunday. They picked up a good win against the Minnesota Timberwolves, 135-121, while Charlotte and Orlando both lost ahead of them in the standings. At 26-37, Washington is just three games back of the No. 8 seed currently held by the Magic at 30-35 with the Hornets (29-34) and the Heat (28-34) not far behind.

After last Friday’s loss in Boston, Scott Brooks was asked about the Wizards not having a true or even well-defined second option on the team. With John Wall injured and Otto Porter shipped out, Bradley Beal is playing with a bunch of guys that are on a similar talent level with none truly sticking out. Tomas Satoransky and Trevor Ariza are probably the most consistent, but the likes of Jeff Green, Thomas Bryant, Jabari Parker, and Bobby Portis seem more likely to pop off from one game to another.

“It’s definitely been a challenge, but we’ve had guys step up,” Brooks said in Boston. “We do it by committee, we don’t have that one guy, but everybody has stepped up and chipped away. We’ve scored enough points throughout the year and tonight we would have scored enough points if we had taken care of the basketball. Brad has been playing out of his mind for three years now, since I’ve been here.”

Beal took care of his usual business against the Timberwolves with 22 points, eight assists, seven rebounds, and three steals in 38 minutes of play, which did not eclipse the 40 mark because Brooks wisely subbed him out when up big late. Not an overwhelming night from the potential All-NBA guard, but such production was not needed with the amount of help he got.

“Everything [was clicking],” Brooks said about the team’s offense. “We were able to get to the paint. Not everything. We didn’t shoot the ball well from threes, but we were able to get to the paint tonight, both sides of the paint were wide open–they were getting to the paint just as easy as we were. Moving the ball, assists. I thought Brad [Beal]… This is another opportunity for him you can see he has grown as a player. He didn’t shoot the ball well but I thought it was one of his best overall games because he guarded, especially in the second half. We changed some of the matchups. He did a great job of keeping their guards out of the paint and he was playmaking a lot of assists to a lot of his teammates. When your shot doesn’t go, you got to do other things. That’s another thing with him. And then Jabari [Parker] and Bobby [Portis] were clicking, rolling. Tough matchups. Jabari is a tough matchup when he plays downhill, and that’s what we have to continue to focus on, giving him opportunities and trying to find places on the floor where he can attack the basket.”

“I just know that when I see one go in, then I feel like the basket is really big,” Portis said about his streaky scoring performances. “Coming out of the All-Star Break I haven’t really had a good shooting night. I’ve been rebounding the ball pretty well at a high level, but I haven’t had that good shooting night that I wanted. I was due for one and tonight it happened for me.”

Bobby Portis on being due for a good shooting night and how he scores in bunches when he gets going: "I just know that when I see one go in, then I feel like the basket is really big." pic.twitter.com/oYnk8IWDzl

“Me specifically, just trying not to think and try and challenge myself to do more,” Parker began. “Just trying to get downhill. My game is looking for others, but if I don’t look out for myself, then I can’t create for others, so I just try to keep that in mind and that kinda helped.”

As if five other players in double-figures was not enough for Beal, the Wizards got a sixth from pleasant surprise spark, Sam Dekker. The mid-season acquisition had fallen out of the rotation since the trade for Portis and Parker as he has only played one minute, in garbage time, since February 6, nearly a month ago. Coaches hinted to Dekker at halftime that he may see real minutes on Sunday and the power forward delivered.

In 15 minutes of play, the energy boost provided 11 points on 3-of-4 shooting, two rebounds, and three assists. He was in all-out attack mode, which is what he does best. After saving a rebound to his teammate in the backcourt, Dekker sprinted down the right side of the court and was hit in stride in transition leading to a foul on Minnesota. He didn’t make the bucket, but he was so pumped about the play that he yelled, “let’s go” to the baseline crowd in front of him that pumped up Capital One Arena.

Sam Dekker gets what it means to be a professional: "It's very cliche, you just want to stay ready, be ready, but that's really all you can do. It's frustrating not playing, but I couldn't pout or show people up because that doesn't help. That just makes you look bad." pic.twitter.com/HTI83Hw4Ay

Putting Dekker back in the rotation was not the only change Brooks made on Sunday. The former Wisconsin Badgers’ playing time came at the expense of Wesley Johnson, which is probably for the best, as Parker moved to backup small forward for Dekker to play power forward. Additionally, backup point guard Chasson Randle was passed over for rookie Troy Brown Jr. in the second half. Brown played double-digit minutes for the third game in a row and seems to be locked into the rotation, which Brooks made clear he has earned and not just gifted because of his status as the No. 15 overall pick. The rookie only had two points on 1-of-5 shooting in 17 minutes, but had five assists and four rebounds to help the cause.

“One thing with developing a player, you just don’t give a player minutes. If you do that, you basically lose your team. These players have gotta earn it,” Brooks philosophized. “He’s earned it. Players see young players and how they work. Players know the difference when you’re giving guys minutes just because they were an early draft pick.”

Brown looks to bring an immediate impact whenever his number is called "whether it's scoring, rebounding, playing defense, just bringing energy. Whatever is necessary." pic.twitter.com/4R85m04cvR

It is clear Brooks still does not know what rotation gives him the best chance to win the rest of the season, not surprising giving all of the moving pieces, but he has plenty of options given that players two through eleven (twelve should Jordan McRae re-join the team) are all similar in talent level. The Wizards have 19 games left to gain three games on three different teams. Going 12-7 probably gets them there, but they will need consistent production from their bevy of secondary players to actually reach such a mark.