Guess which Celtic is reportedly "disengaged and detached?" 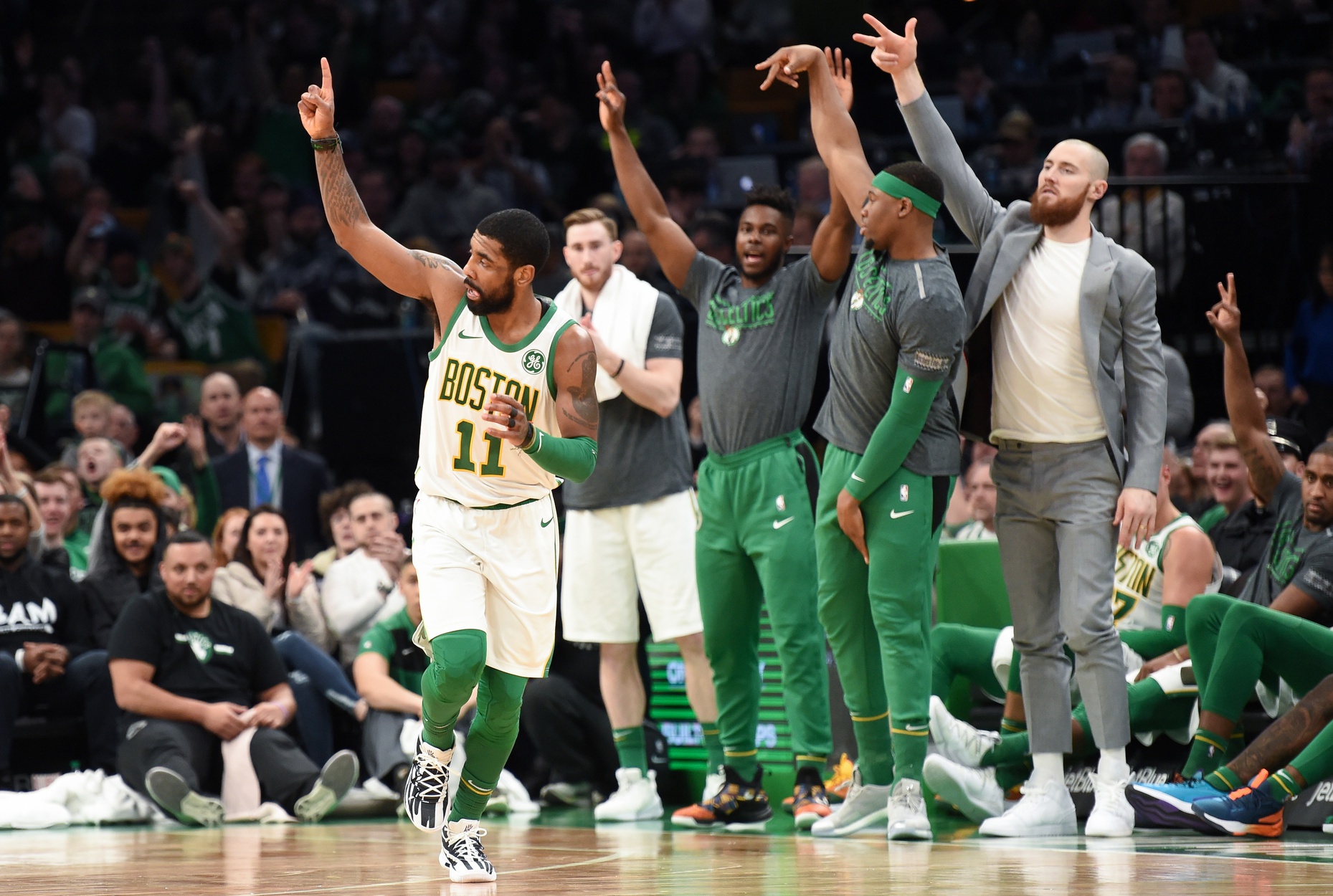 Guess which Celtic is reportedly "disengaged and detached?"

Our pal Kevin O’Connor at the Ringer examines the dysfunction behind your Boston Celtics. Here’s the section on Kyrie Irving:

These days, Irving plays lackadaisical defense, and unfocused offense. Sources around the team told me that Irving’s persona has changed, too: He’s become disengaged and detached from those around the team. There is talk that Irving’s friendships on the team start and end with Tatum, with whom he shares an agent. Two sources peg Irving’s change in demeanor to early February, around the time he was asked about the possibility of joining the New York Knicks next season. That’s when Irving infamously said he’d make the best decision for his family and that he didn’t “owe anybody shit.” This induced panic among Boston fans. After all, it was a much different tune than the one Irving was singing in October 2018, when he told a gathering of Celtics season-ticket holders that he intended to re-sign with the team (multiple sources say that same commitment was expressed to his teammates).

Irving has grown increasingly frustrated with the intense media coverage of his future decision, and the state of the team.

I’m not going to read too much into this, but it concerns me enough to share it with you. I also don’t agree with the commentary about unfocused offense. Let’s remember that Irving is averaging career highs in FG%, 3 FG%, rebounds, assists, blocks, and steals.

There’s a fun game on Twitter where Knicks fans and Celtics trolls share photos or clips of Kyrie acting grumpy or disengaged among teammates while completely ignoring photos/clips or Kyrie playfully engaging with teammates.

Who knows what to believe anymore. I do know Kyrie hates the media speculation. I also know the Celtics need him this season and the next five seasons.