JJ Redick needs Joel Embiid back as soon as possible 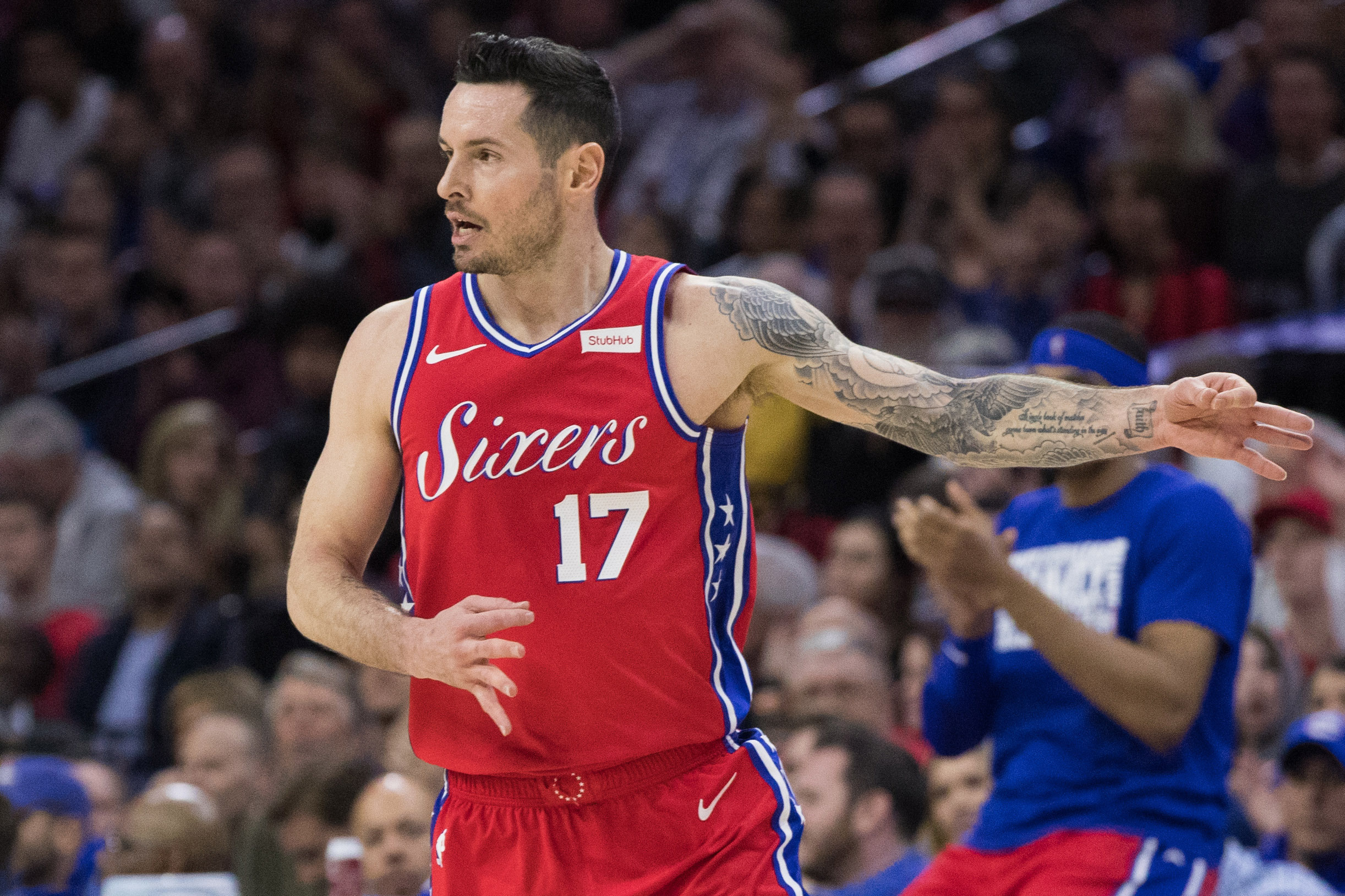 JJ Redick needs Joel Embiid back as soon as possible

Sixers’ veteran guard JJ Redick has been in a bit of a slump.

Is Joel Embiid ready to come back yet? I know the Philadelphia 76ers haven’t been all that bad without him, but watching JJ Redick as of late has been tough. As one of the better shooters on the squad, the Sixers happen to view Redick as one of their more reliable players in crunch time. Unfortunately, he’s been worse than he’s been good since the second half of the season has begun a couple of weeks ago.

I think we all probably know the problem – Joel Embiid is no longer on the floor. Ever since his mystery knee injury occurred after the team returned from All-Star weekend, Redick has been visibly struggling. Embiid was ruled out for a week, which is dragging on for longer and Redick simply cannot wait for the big man to get back out on the floor, I’m assuming.

Ever since the return from the break, Redick has been averaging around 10 points-per-game. Quite the significant drop off from his seasonal average of 17 points-per-game. Is it merely a JJ slump? Or is it Joel Embiid withdrawal that he’s going through? Sixers’ coach Brett Brown believes it’s the latter.

According to The Sixers Wire’s Ky Carlin, Brett Brown thinks that JJ simply misses Embiid’s presence on the floor. “I think that none of us can dismiss the relationship that Joel has had with JJ. I think he misses Joel. Those two guys play well together.” Brown stated on Saturday night after the Sixers loss at home to the Golden State Warriors where Redick notched an underwhelming six points in 30 total minutes on the floor.

Also, according to Liberty Ballers’ Jackson Frank, Redick has been shooting 52.5-percent lately, as opposed to the 62.5-percent that he was shooting before. Quite the significant drop off recently. The good news is that Embiid expects to be back this week. The bad news is that I don’t trust a word that Embiid or the Sixers medical staff says until JoJo is on the court for the tip-off, whenever that may be. Hopefully, sometime soon.