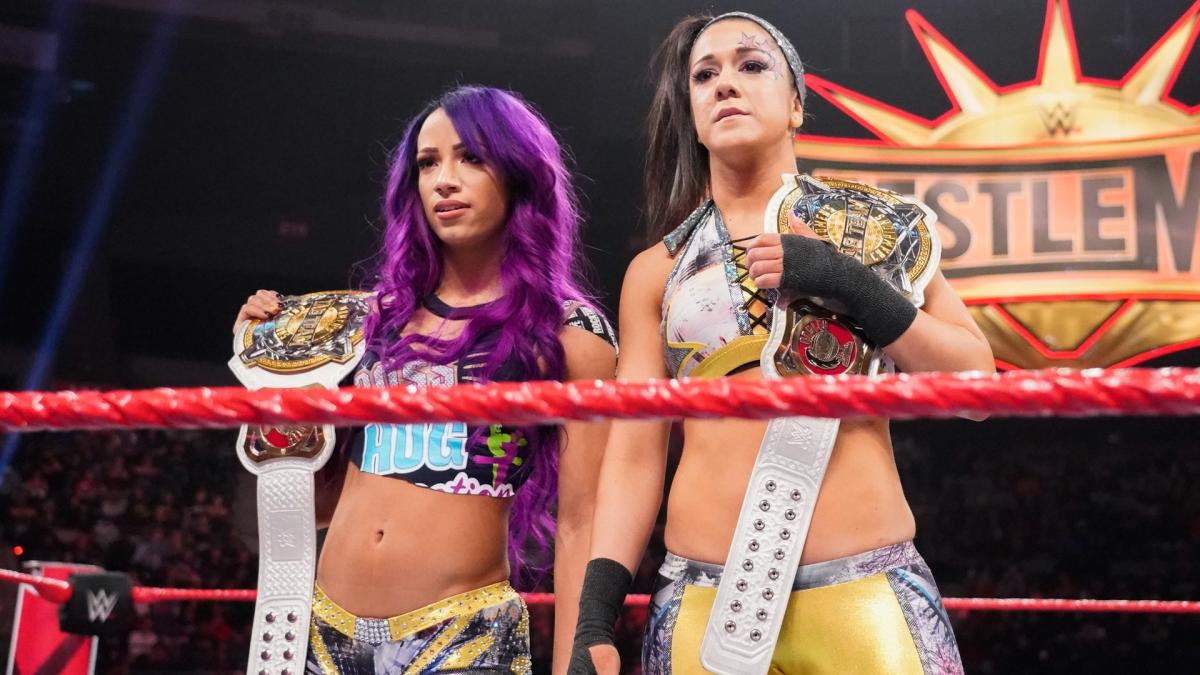 One-half of the Women’s Tag Team Champions, Bayley, is optimistic for a special entrance at WrestleMania 35. Being that she and co-holder Sasha Banks are the first Women’s Tag Champs, it is quite possible that the duo could be in line for something big in New York.

Bayley’s tease of an WrestleMania entrance will be “something very special”, however there is a slim chance of it happening. Bayley also was quick to say that WWE rejected the idea of a special guest performing for them.

While Bayley’s idea would involve the band Paramore performing their entrance, her comments regarding intergender wrestling have certainly taken prominence.

Mentioning Chyna and Nia Jax, Bayley expressed interest on the scenario, saying that the men are just as excited for the new opportunities for the Women’s Division. With Jax’s entry in the Men’s Royal Rumble this past January in addition to confronting Dean Ambrose, WWE is teasing the idea of the intergender bouts happening sooner rather than later.

With the Royal Rumble, Elimination Chamber, Hell in a Cell, and Money in the Bank matches under their belts, perhaps seeing the ladies mix it up with the men isn’t that big of a deal like it was years ago.

That feud continued on with the shocking twist of Stratus turning on Jericho at WrestleMania XX, revealing an affair with Christian. The length of the storyline kept fans tuning in and invested in the never-ending saga.

The idea of Jax standing up to someone such as Ambrose gives way to a growing confidence that the Women’s Division is at the top of their game, rivaling the WWE male Superstars. Seeing a rehash of the classic feud above isn’t out of the question, but perhaps Jax’s moment promotes new ideas considering it is an entirely different generation that WWE is catering to now.