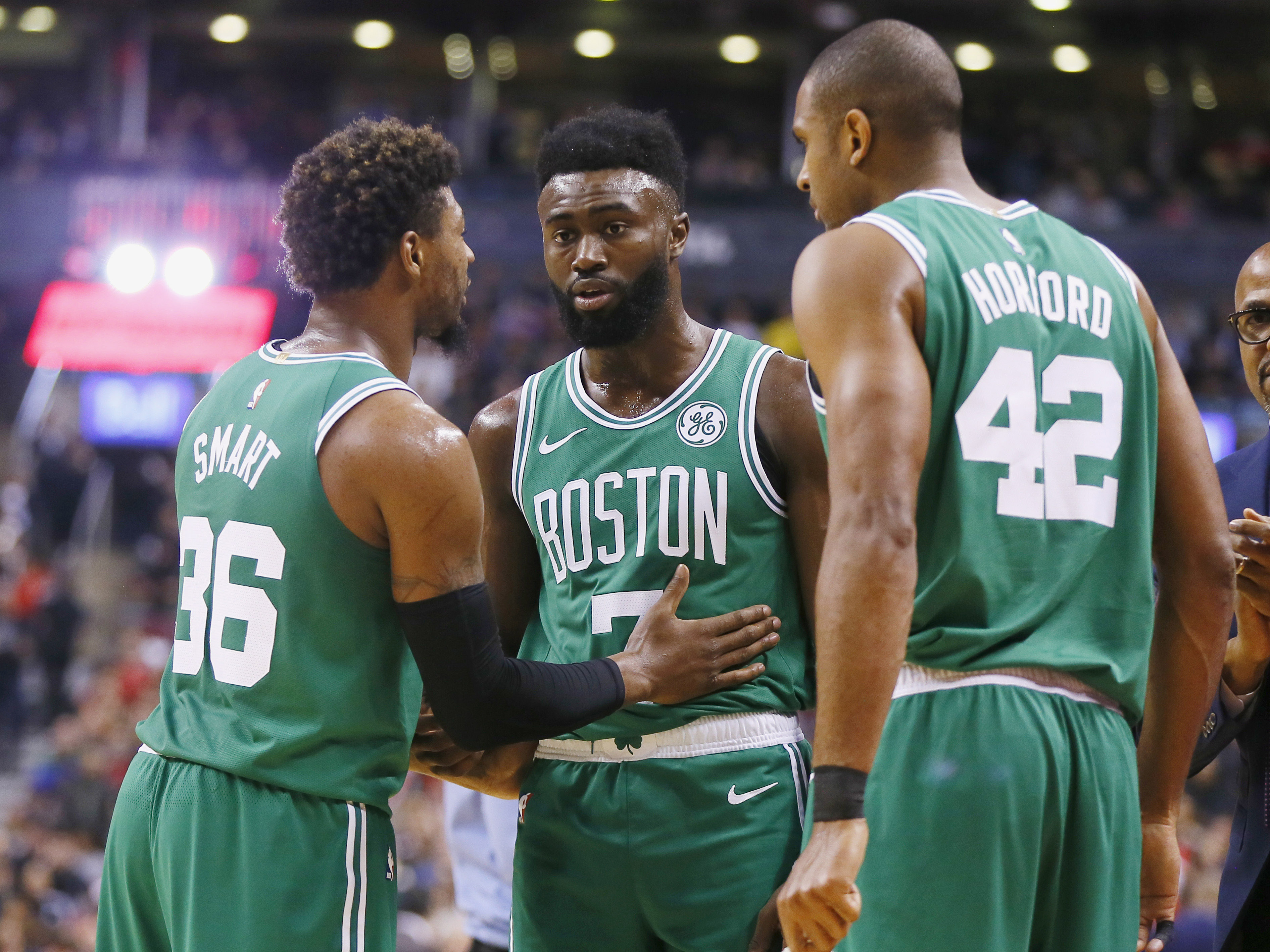 The Celtics are struggling right now, and they, along with the Lakers, have clearly been the most disappointing teams in the NBA this season.

Boston currently sports a 38-26 record, but sits in fifth place in the Eastern Conference standings. If the playoffs started today, they’d actually have to start on the road, rather than in the friendly confines of TD Garden, as they had through the entirety of their postseason run last year, being the No. 1 seed in the East.

The Celtics have a huge game on tap for Tuesday night, against the defending champion Warriors at Oracle Arena, and they know they have to be at the top of their game to emerge victorious. Jaylen Brown shared some thoughts on the state of the team heading into the epic matchup, and he did not hold back one bit.

“The losing, it’s not a good feeling. I’m not too good about that,” Brown said, via The Boston Globe. “Because right now it’s not good. It’s toxic. I can’t really point out one thing. I don’t have all the answers. I’m just going to try to be part of the change. I’m going to try to do my best. That’s all I’ve got to say.”

That clearly won’t go over well in the locker room, along with what Kyrie Irving and Marcus Morris have said in the past. The clock is ticking for this team, and with only 18 games remaining, there are serious doubts about them being able to make a deep playoff run — back to the conference finals — again this season.