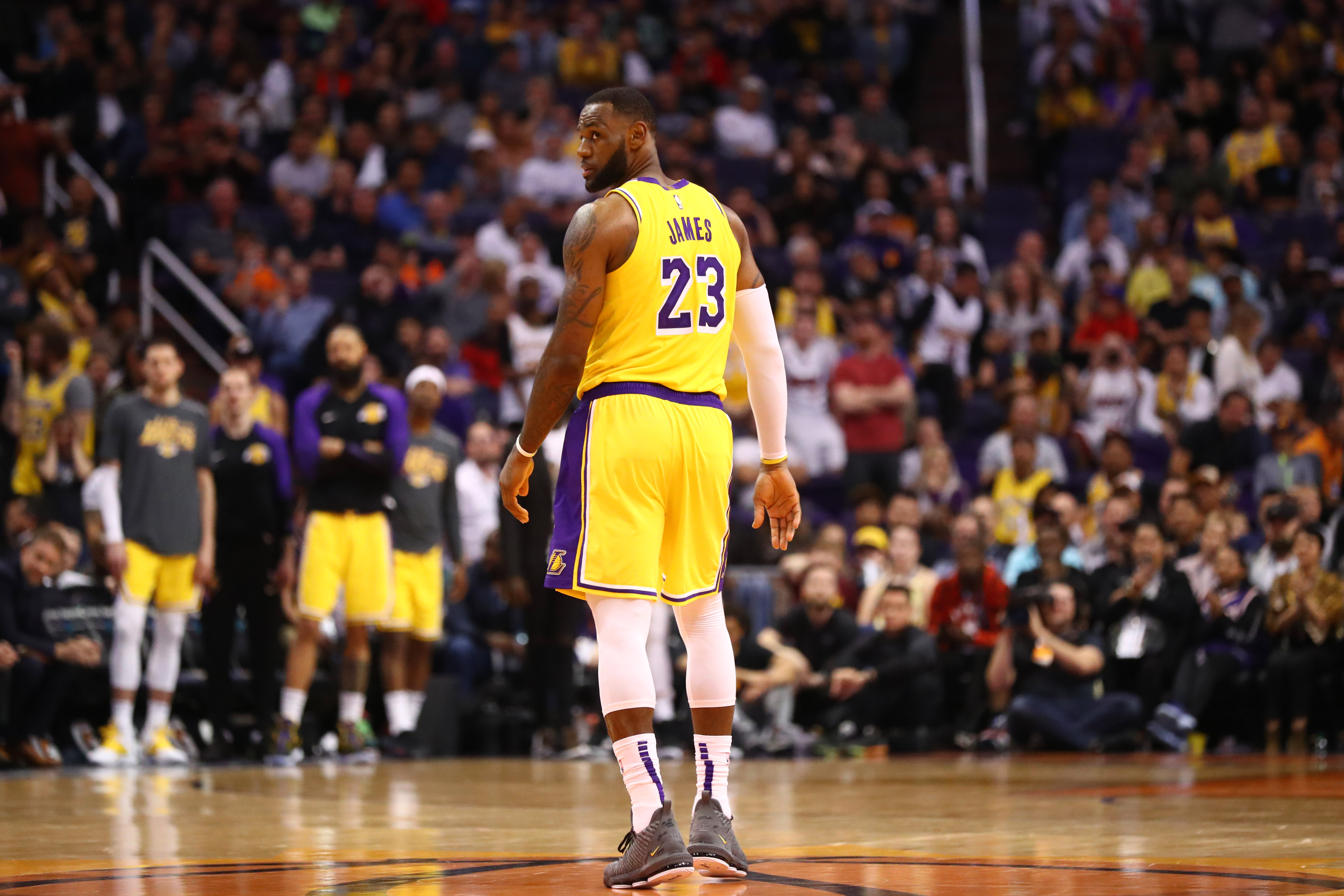 As the NBA season starts to wind down, all eyes are on the Lakers. With a 30-34 record heading into March 6th, the team is bound to miss the playoffs once again. With LeBron James on the staff, one has to wonder how he can truly help the young team as the season winds down.

The answer is pretty simple: it is time to shut down LeBron James.

Now, that is not to say he should, in fact, stay away from the court completely. After all, he is scoring 27 points per game and is consistently on the court; 35.5 minutes played per game. Injuries have affected his season, however, and his Hollywood priorities have become a distraction. Unless they make a big comeback, the best way the Lakers can utilize LeBron is as a coach-like figure.

When coming back from a groin injury that kept him off the court for 17 games, James played it smart. While the Lakers had some wild games with him out, they weren’t necessarily going anywhere. LeBron went out of his way to show he is a team player.

James has been pretty persistent that he doesn’t want to sit during games, as stated in an ESPN interview. If healthy, he wants to prove who he is, no matter the state of the team. This is very familiar when looking at the start of his career with Cleveland.

It has become clear that Luke Walton will not make it past this season. Tyronn Lue, LeBron’s old coach, is the perfect man for King James to have control of. As the season dies down, learning everything he can from Walton before the eventual firing would be best. James can help transfer over his knowledge to the future. With young stars like Lonzo Ball, Brandon Ingram and Kyle Kuzma attempting to thrive, coach LeBron makes all the more sense right now.

There is also the thought of the Lakers getting put into a position to get a decent shot at a high spot in the draft lottery. The Lakers have clearly been in rebuild mode for years. With a stacked draft class, LeBron can use his basketball intellect to give the Lakers any advantage they can get.

LeBron James is a once in a lifetime player, but his role in the sport can expand. He has the business sense to be a GM, why not add an office job to his resume?