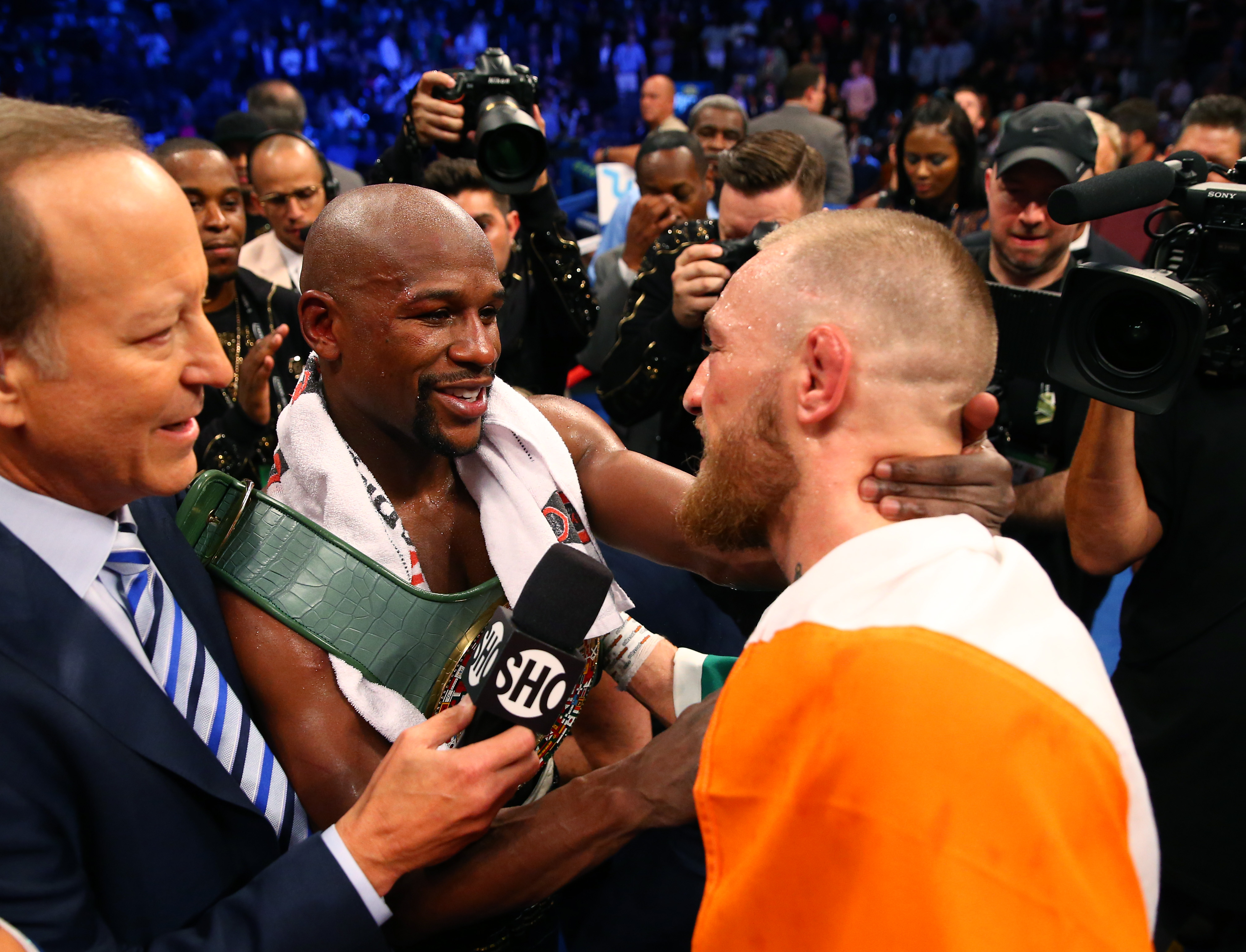 Could a Rematch Be in the Works?

An interesting development took place this week, when Conor McGregor went back and broke down his biggest fights for his fans on Twitter.

McGregor wasn’t his usual bold, swagger-filled self, and he was actually honest, being critical in his analysis. Fans quickly joined in the action, and, of course, the talk quickly focused on his biggest fight to date, when he squared off in the ring with the GOAT — Floyd Mayweather Jr.

A fan provided his take on the first few rounds, and that’s when McGregor made sure to respond, but did so by saying the following, which raised eyebrows:

“A rematch will be interesting no doubt,” McGregor wrote.

I spoiled it with the rush right hook here. The angle was made. He was in the dirt. I just had to set correctly into my feet and fire. Rushing the right hook I lost balance on my back hand.
Great boxing fight!
A rematch will be interesting no doubt. https://t.co/bYVWhOjKO4

Boxing fans are already flooding to online casino sites like https://gamblerino.com/en/new-casinos/ to find the best place to wager on the fight.

It would be interesting, although it probably wouldn’t be much of a fight, unless the GOAT let it happen. In the first matchup, it seemed like Mayweather was just toying with McGregor, trying to extend the fight for ratings purposes. Once he began really putting forth the effort, the fight was over rather quickly. McGregor has a lot of heart, but he can’t go toe-to-toe with the GOAT — he’s simply outclassed. And Floyd Mayweather agrees.

Although, Floyd Mayweather and Conor McGregor squared off in the ring roughly 1.5 years ago, yet it seems like the talk between the two may never end.

There was a lot of trash talk heading into the fight — which the GOAT dominated, en route to his 50th victory, by the way — some of it hitting home, as it was rather personal. Mayweather, however, gave McGregor credit for hanging in tough and going a few rounds with him after the fight was over.

Since that time, the two have engaged in some trolling on social media, with a few pot shots mixed in. Mayweather also recently appeared on Kevin Hart’s “Cold As Balls” LOL Network video series, and he shared more thoughts on McGregor.

Mayweather did credit McGregor for getting into the ring with him.

We’ll be monitoring McGregor’s social feeds in search of a response.

Khabib May Stand in the Way of a Rematch

Floyd Mayweather Jr. may be willing to put his 50-0 career record on the line — for the right price, of course.

Mayweather came out of retirement to fight Conor McGregor back in August 2017 — a bout he dominated, and probably could’ve ended early had he chose to. But he played the game for ratings, and eventually knocked The Notorious One out in the 10th round.

That caused him to go back into retirement, but he’s continued to train other fighters at his gym, and remains in great shape. There’ve been rumors about Khabib Nurmagomedov, who recently defeated McGregor to retain the lightweight title, potentially fighting the GOAT. Nurmagomedov appears to want to follow McGregor’s lead, and he’s looking for that big payday.

And he made actually get it.

Mayweather was asked about the possibility of fighting Khabib, in an interview with TMZ Sports, and he seemed quite certain the bout will happen in the future.

“Oh we fighting,” Mayweather said. “I’m my own boss. I can’t say what’s going on on Khabib’s end, but on my end we can make it happen.”

It’s getting a bit ridiculous with Mayweather just retiring and unretiring, but it’s difficult to turn down a nine-figure payday. As for Khabib’s chances against the GOAT — good luck.