Is there greater value in a home grown pitching staff? 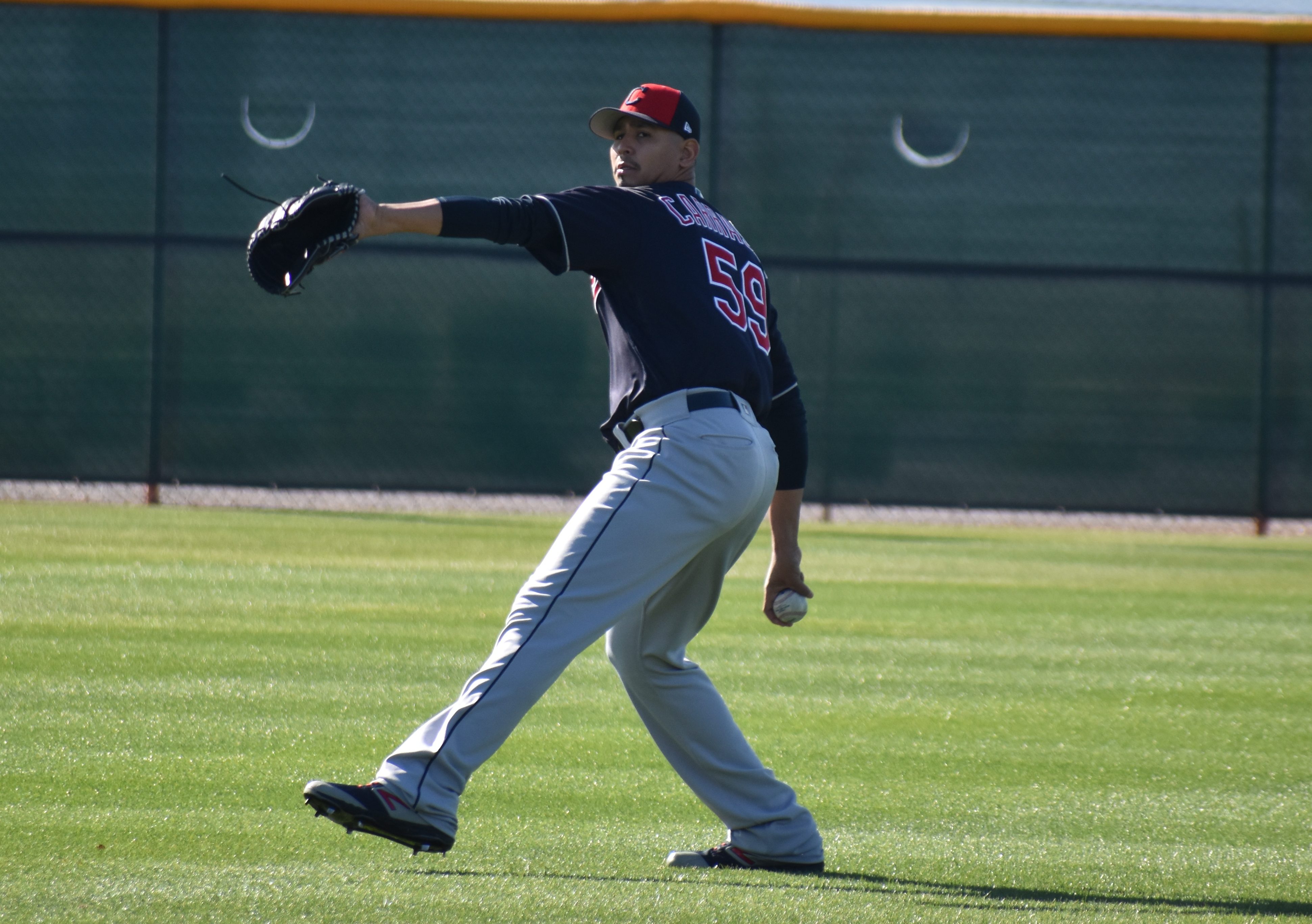 Is there greater value in a home grown pitching staff?

Do you prefer homegrown or bought fresh from the market?

Many baseball fans taking a look at the Cleveland Indians’ starting five pitchers right now will see that only one hurler had their start in the Cleveland farm system and now has an opening day rotation spot. Shane Bieber was a 4th round draft pick of the Tribe in 2016 from the University of California at Santa Barbara.

The rest of the staff was drafted or signed initially by another major league team. Corey Kluber was drafted by San Diego, Trevor Bauer by Arizona, Mike Clevinger by the Angels and Carlos Carrasco was signed as a free agent in 2003 by the Philadelphia Phillies.

Should we be concerned that they didn’t come from our system?

Given that the Tribe had one of the best starting staffs in all of baseball, I would hardly think so. However, the question you might ask is where will the pitchers come from when some of these players are leave in free agency or start to have diminishing skills?  Let’s take a deeper look at the other four not drafted by the Indians for some possible answers.

All of them came over in trades and in some cases not major trades. Bauer was the big piece for Cleveland in the Shin-Soo Choo, Didi Gregorius trade involving the Diamondbacks and the Cincinnati Reds. There were other players that changed teams at that time, but those were the prizes. Bauer was a highly regarded #1 selection out of UCLA and a finalist for top amateur player in the country presented by USA Baseball, however, Clevinger came to the Tribe from the Angels for Vinnie Pestano, hardly a top pitching prize.  Kluber was also a part of a three team trade involving Cleveland, St. Louis and San Diego with Jake Westbrook and Ryan Ludwick being traded away from the Indians. Kluber’s minor league record at the time was an unimpressive 18-24 and was not even ranked in the top 30 prospects of the Padres’ farm system.

Carrasco was signed as an international free agent by Philadelphia in 2003 and entering the 2007 was listed as the top prospect in their organization. On July 29, 2009, Carlos was traded with Jason Donald, Lou Marson and Jason Knapp for Cy Young winner, Cliff Lee and outfield Ben Francisco.

Carrasco wasn’t an instant success with the Tribe eventually having Tommy John surgery in September of 2011 and reaching the low level of being designated for assignment in July of 2013 before being optioned to Columbus.

The point being made is that something should be said about the job that the farm system and coaching staff has done to first of all see the potential in these players and for the work they’ve done to get them to this successful stage. Is it possible to continue to hit a home run going the trade route?

Again, the question remains, not necessarily home grown and should we be concerned?

Maybe we should look at what the rest of the American League has done to shape their starting pitching staff. For argument sake, I looked at the top five projected starters as listed by Rotoworld.  I took the liberty to add Dallas Keuchel to the Houston starting staff even though he was still a free agent at the time this was written.  As for the Tampa Bay ‘openers’ strategy, let’s not even go there.

The number of pitchers who were either drafted or signed as free agents by the same team they’re scheduled to pitch for right now is just a little over 29%. 22 pitchers out of 75 meet the criteria.  The Tribe’s one out of five doesn’t seem so out of line.

Where do the recently successful teams fall in this review? The New York Yankees have two pitchers that they signed as free agents (FA) on their staff in Luis Severino and Masahiro Tanaka.  J.A. Happ was a 3rd round pick of Philadelphia, James Paxton 4th round of Seattle and CC Sabathia drafted in the 1st round by Cleveland.  If it weren’t for the consideration of Dallas Keuchel on Houston, the Astros would have no homegrown talent.  The rest of their makeup includes Justin Verlander (Detroit), Gerrit Cole (Pittsburgh), Wade Miley (Arizona) and Collin McHugh (NY Mets).

The World Champion Boston Red Sox built their staff outside of their farm system. Now, granted they used some good young players in some trades and free agent signings to get there. Chris Sale from the White Sox, David Price from Tampa Bay, Rick Porcello from Detroit, Nathan Eovaldi from the Dodgers and even Eduardo Rodriguez from Baltimore.

What have the currently struggling teams been doing? Baltimore has two homegrown starters, Dylan Bundy and David Hess. Alex Cobb and Andrew Cashner are FA signings and Josh Rogers was drafted by the Yankees in 2015 in the 11th round.

Oakland and Detroit have no one that started their career with them. Texas has one and that’s Edinson Volquez who has made a couple of stops before returning to his roots. Minnesota, Seattle and Los Angeles each have two starters to call their own.

The winners are the Toronto Blue Jays who list 4 out of their 5 starters as having begun their career with the team, Marcus Stroman, Aaron Sanchez, Ryan Borucki and Sean Reid-Foley. Where will that get them? Probably a 4th place finish in their division, but that’s another story.

Out of those 75 projected starting pitchers, 27 were drafted #1 by their team and another 14 were either International Free Agents or just Free Agent signings outside of the draft.

So let’s go back to the Indians and what this might mean. They obviously have shown that they were capable of making good trades to obtain Kluber and Clevinger. Even though they gave up a Cy Young winner in Cliff Lee to obtain him, Carrasco is one of the top pitchers in the league.  In 2016 the Tribe traded a group of players including highly regarded prospects Justus Sheffield and Clint Frazier to the Yankees for Andrew Miller and then last year traded Francisco Mejia for our present closer Brad Hand.

What’s the answer? Signing a high priced free agent pitcher is not going to happen. The management approach has been buy low and sell high, fill in with a trade where you can and sign that free agent that’s coming off a medical problem or bad year.  That approach is only going to be successful if you draft quality players each year and plenty of them. In addition, you’re going to have to be a shrewd judge of talent and can discover someone else’s player who may not be as heavily regarded by their present organization or is fighting a losing battle to reach the majors due to the logjam ahead of them.

The fill in with a trade part is going to get real tricky right now as the talent in the system has been somewhat depleted with trades the last couple of years.

In the 2018 amateur draft, Cleveland drafted a total of 42 players. Of that number, the breakdown is 23 pitchers, 7 lefties and 16 right-handers, 4 catchers, 6 shortstops, 1 third baseman and 8 outfielders.  With a possible approach of getting quicker results, 30 of those players were from college and 16 from high school. Yet their first three picks were all from high school. 6 of the last 7 were from high school as well.

Keith Law at ESPN ranks our farm system as #11 up 5 spots from the year before. However, Bleacher Report has them at #25. Time will tell where they really rank.

We shall see where the present roster takes us but be prepared for more movement of the old and in with the new. Let’s hope that the players we see in Mahoning Valley, Lynchburg, and Lake County bring Cleveland the pieces they need for the next couple of years.  We may already know the names like Yu Chang, Nolan Jones and Triston McKenzie but keep an eye on newcomers like Ethan Hankins, Noah Naylor and George Valera.  These names are hopefully the next stars we will be rooting for in the big leagues.