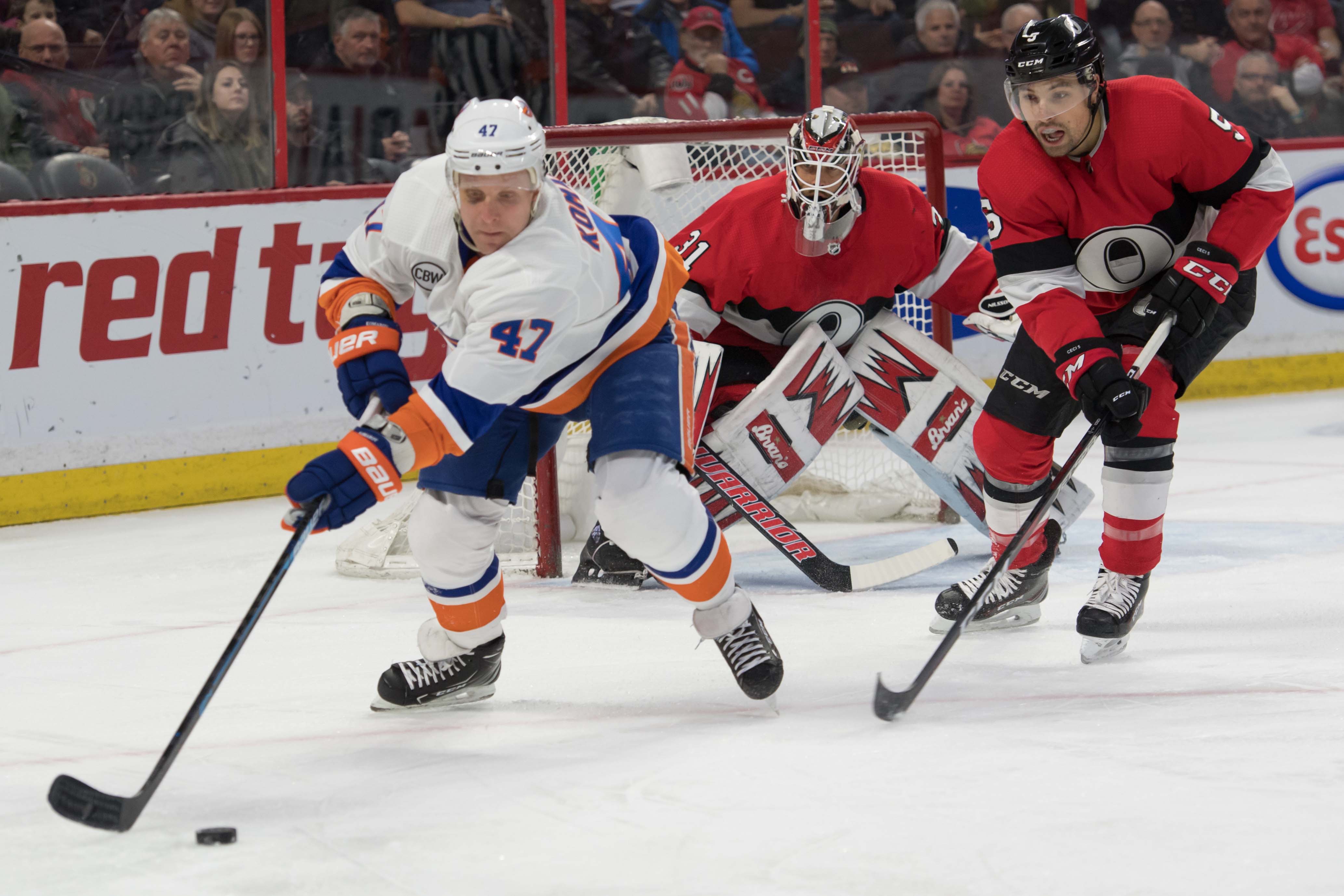 Thursday was another game against the Ottawa Senators that the Islanders likely won’t use on their highlight reel this season, but they’ll happily take the two points after a 4-2 win in the Canadian capital city.

Anthony Beauvillier scored the game-winning goal with 7:33 left in the third and the game tied at two. Beauvillier was able to jam the puck past Senators starter Anders Nilsson after Adam Pelech flung the puck on net.

Trust us, the puck crossed the line. @titobeauvi21 has the #Isles up 3-2 in Ottawa! pic.twitter.com/VgimHuQkMF

Casey Cizikas sealed the win with an empty net goal at the 19:11 mark of the third.

The win helped move the Islanders back into a tie for first in the Metropolitan Division with the Washington Capitals. It also helped keep some distance between the Islanders and the Pittsburg Penguins, who have won three straight games including a 3-0 win over the Columbus Blue Jackets on Thursday.

Only six points separate the Islanders and the Carolina Hurricanes, the last Metropolitan Division team in a playoff spot. There are 15 games remaining on the Islanders schedule following Thursday’s win.

“Tonight was all about commitment & we got a lot of it!”

A pleased Barry Trotz discusses what the @NYIslanders did well in their gritty 4-2 win with our @Shannon_Hogan. #Isles

Valtteri Filppula scored the first of two goals on Thursday 5:44 into the game to give the Islanders an early lead. The Senators answered back 1:16 later when Brady Tkachuk found the back of the net.

Filppula scored his second goal of the night to give the Islanders a 2-1 lead at the 15:24 mark. Ottawa tied the game at two when Oscar Lindberg scored at 9:13 of the second period.

The Islanders return home on Saturday to face the Philadephia Flyers, which kicks off a three-game homestand at the Nassau Coliseum.