Replacing Kofi Could Turn Out To Be Amazing 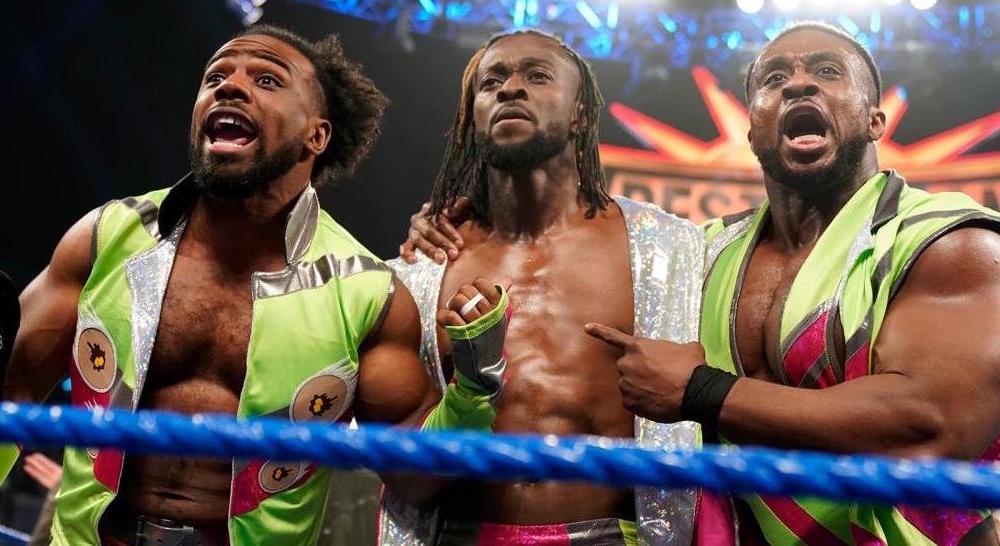 Replacing Kofi Could Turn Out To Be Amazing

Sometimes the ability of the wrestling’s fan to overreact to something they see on Raw or SmackDown is pretty impressive…and pretty funny as well.

After Kofi Kingston’s impressive performance in a reserve role in the Elimination Chamber, the WWE Universe was ready for Kofi to get his chance at the top prize in the company. KofiMania was becoming a force that

would seemingly take the near 12-year WWE veteran to main event status.

And that is exactly what we got! The SmackDown following the Chamber PPV, Shane McMahon announce that Daniel Bryan would indeed be defending his WWE Hempionship…or Championshemp…I don’t know, the title that now looks like it comes with a hacky sack, against Kingston at Fastlane this Sunday.

The fans were hyped! Finally! Kofi is getting is chance! This is what we have been waiting for!

that would provide some incredibly entertaining TV and great WrestleMania matches!

I won’t go into too much detail as to what happened – McMahon interrupts the Kingston/Bryan contract signing to say that he doesn’t want Kofi in the title match and replaces him with a returning Kevin Owens. Boom – done.

The decision was met with an almost audible outcry from our friends of the IWC – the Internet Wrestling Community. “Why can’t Kofi get a chance??” How could you do that to him??” “Another dumb move by Vince!” I even heard some people saying that this was a race thing.

Yes Vince removed Kofi from a one-on-one title match at a pay per view – that’s bad. BUT, what it did was just add another cog to the wheel that is this STORYLINE! A storyline that will likely end with Kofi facing Bryan for the title…at WrestleMania!

The work that Kofi has put in for WWE in his career warrants so much more than just a high-level match at a B-, C+ rated show like Fastlane. He deserves a big WrestleMania moment…and he’ll get it.

But that is just the tip of the iceberg! Taking Kofi out of the Fastlane title match opens a door to so many possibilities of what we could see in the coming weeks leading up the The Showcase of the Immortals.

recovered from double knee surgery and being thrown off of several high structures by Braun Strowman. For the punishment that he had to go through both on and off camera, he deserves to be in a title match right away.

It’s highly unlikely, though, that Owens comes away from Fastlane with the title. However, to me it wouldn’t make that much sense to have him make this comeback and just lose clean within a couple weeks. Something has to happen.

Obviously you have Rowan that can do something that would help give Bryan the win. That is too predictable and easy though (and, honestly, more than likely what will end up happening). WWE has a chance to set up what could very well be one of the greatest WrestleMania matches.

Owens isn’t the only injured superstar that is reportedly close to coming back – we’ve seen vignettes run for another recently. Imagine if Owens hits Bryan with the Stunner, rolls him over for the cover and anxiously waits for the refs hand to hit the mat for the third time when out of nowhere the match ends after Owens is attacked

After being out for months with his own injury, Zayn returns and is upset that, once again, he is overlooked and his long-time running buddy Owens is getting a championship shot. This leads to him costing Owens the title and then challenging him to a match at WrestleMania.

I was in attendance for their match at Payback in 2016 and can tell you first hand that the WrestleMania crowd would be all over this match. The two have done it all together…with the exception of a match on the biggest stage of them all.

As I said before, it seems almost like a foregone conclusion that Kofi will get his well-deserved title match at WrestleMania. But that begs the question…how do we get there?

Both already have some backup at their disposal – Bryan with Rowan and Kofi with The New Day. But wait, that’s three on two…that’s not fair to Bryan at all! What can be done about this?

To even up the odds Bryan may have to go and recruit another large hippy-looking superstar to balance out this equation. You know, now that I think of it, Harper hasn’t really had anything going on lately!

In the next few weeks we could get a Bludgeon Brothers reunion as Harper joins Rowan alongside Bryan to go against The New Day. Utilizing these six guys would give us more than enough matchups to get to early April. Not just matches, GOOD matches!.

In a perfect world we will get what would be an incredible WrestleMania moment and see Kofi Kingston raising the WWE Championship high over his head after defeating Daniel Bryan.

It would be a great image indeed, but the show rolls on. So what would be next.

For Kofi, it would hopefully mean a big celebration on SmackDown leading to what would be his first title defense feud, against maybe AJ Styles. Better yet, Randy Orton, continuing the solid but kind of short program the two had against each other in 2009. It could also lead to a New Day turn where Big E is fed up with not getting a shot of his own, takes out Kofi and makes Xavier Woods have to decide between the two.

We have several options for Kofi, but the biggest potential could be with what comes next for SmackDown’s resident tree-hugger, Daniel Bryan.

The following SmackDown could see Bryan in the ring with his two new friends Harper and Rowan demanding a title rematch and doing what the championship match loser is supposed to do.

Then, finally, we see the quick three second cryptic montage hit the screen, the lights go out, and we have the return of Bray Wyatt!

Wyatt comes down upset that Bryan has brainwashed his former family members in a fantastic dose of irony. This would give use weeks, possibly months, of will they/won’t they with Harper and Rowan plus, more importantly, great matches between Wyatt and Bryan.

I have tried to get fans to calm down after McMahon made his announcement a couple of weeks ago. If this scenario plays out, though I know it will be almost impossible for some of you to admit, but McMahon made the right decision!