Should the Pirates pursue an extension with Francisco Cervelli? 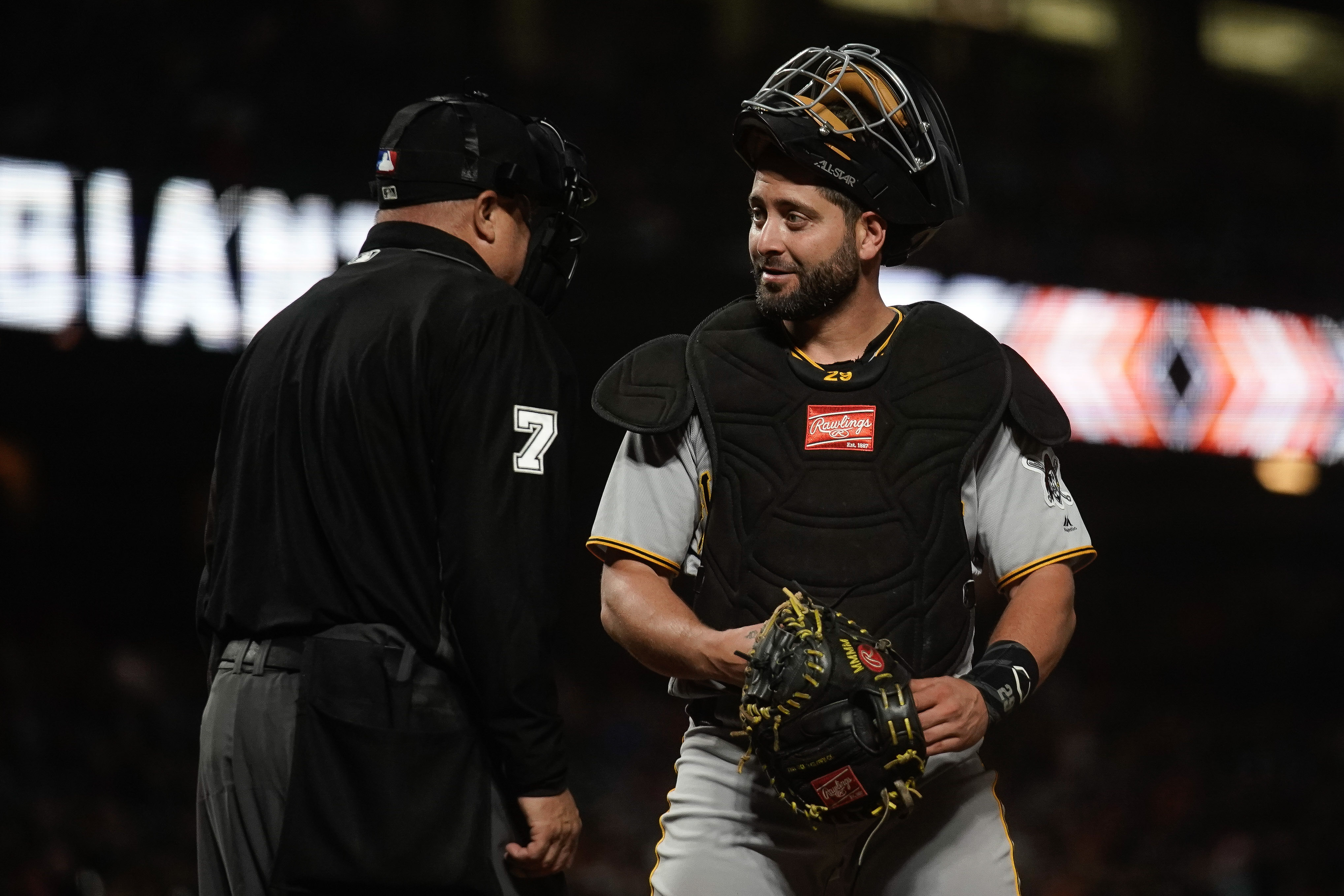 Should the Pirates pursue an extension with Francisco Cervelli?

The lack of catching depth in the Minor League system could mean the Pittsburgh Pirates could be looking at another year few years of the catching combination that brought them success last season in Francisco Cervelli and Elias Diaz.

As it stands right now the Pirates have no top 30 prospect at the catching position. They have three current catchers on the roster.

Jacob Stallings is the third option, but even though he’s clearly behind the other two, he has no options left. So, unless the Pirates can work out a deal with him to go back down to the minors, he would have to pass through waivers before being assigned to Indianapolis. He played in 14 games last season, and hit .216 with more strikeouts (nine) than hits (eight). He may make the opening day roster.

Diaz had a breakout year as the backup. He played in 82 games had 10 home runs with 34 RBIs while hitting .284. At age 28, he maybe the future starting catcher for the Pirates, he’s under team control for three more seasons beyond 2019.

Even with Diaz the Pirates will have to consider what to do about who will be a part of that duo going forward with him. Which brings us to Cervelli, the Pirates current starting catcher.

Cervelli is coming off a solid season for the Pirates. He hit just .259, but had career highs for home runs (12) and RBIs (57). Cervelli also finished with a .378 OBP and a .431 SLG, both of which were career highs. Now, the issue with Cervelli is health. He’s had concussion issues, as he had two last year alone and he will be playing this season at age 33.

The issue is that Cervelli is in the last year of the extension he signed during the 2016 season (3/$31M). In 2015, his first season with the Pirates, he replaced fan favorite Russell Martin and played in 130 games with 7 home runs and 43 RBIs, all with .295 batting average. It made sense for the Pirates to sign him to that extension in May of that season, but he then went on to get hurt and miss time, playing in just 101 games. The power was gone with him hitting only one home run that year.

With Cervelli signing an extension in May of 2016, the Pirates decided to ship off top 10 prospect Reese McGuire later that summer to Toronto in the deal that sent away Francisco Liriano and relieved the $13 million remaining on his deal.

The Pirates have Diaz, who is ready to take over the starting job, but they don’t have the depth to give him someone to work with, which leads to the suggestion of them signing Cervelli to two-year extension with the second year being an option year.

This would give them two more years to either trade for, or draft a catching prospect they can develop. Cervelli is also someone that can play other positions and could be a DH candidate as well for when they play in a American League park, or if the National League finally adopts that position.

The issue obviously for the Pirates would be his ability to stay healthy, but they have worked around that in the past. The question is, could they do it for a few more seasons as they groom their next catcher?