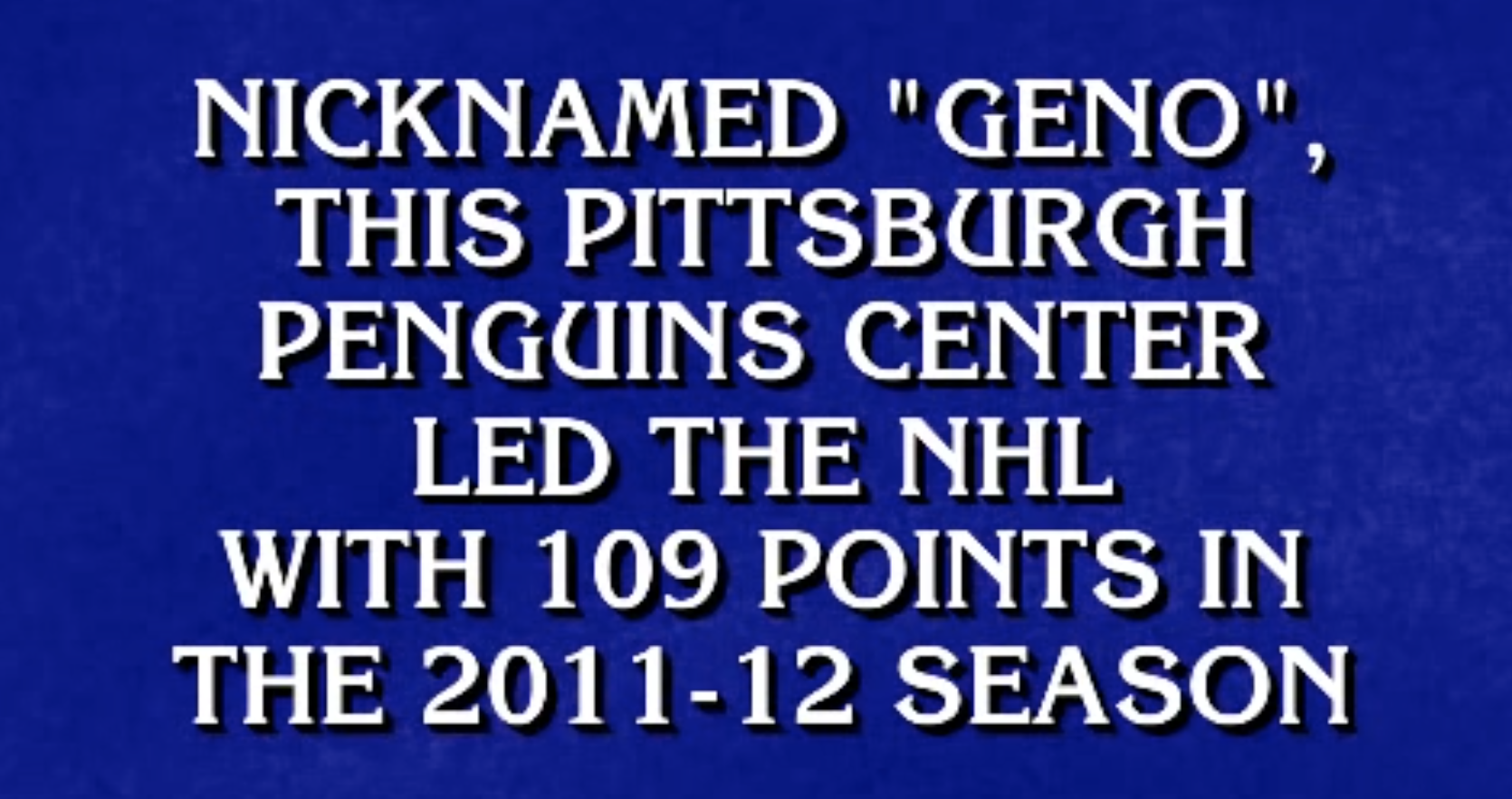 So as you’ve probably heard by now, longtime “Jeopardy!” host, Alex Trebek, announced yesterday that he was recently diagnosed with stage 4 pancreatic cancer.

A Message from Alex Trebek: pic.twitter.com/LbxcIyeTCF

As positive as Trebek may seem in his message of delivering the news, it’s tough not to allow reality to seep in. I’m not exactly a cancer expert, but any time I’ve ever heard of anyone be diagnosed with “stage 4” anything, it’s typically not a good prognosis. So whether or not you’re a fan of “Jeopardy!” itself, I think it’s fair to say I speak for everyone when I say we’re all pulling for Trebek to beat this. After all, he’s an iconic figure in American/Canadian entertainment that most of us have grown up watching for nearly our entire lives.

*hops off of soap box*

Now to the dick jokes (sort of)!

Keeping with the theme of “Jeopardy!” this week, I thought what better way to acknowledge an icon/make fun of a complete fucking nerd for lack of sports knowledge by revisiting one of my all-time favorite Jeopardy fuck ups.

In this case, it happens to involve our beloved Pittsburgh Penguins! Or to be more specific, “YevgenIIII Malkin” (low-key shoutout to Trebek for absolutely nailing the correct pronunciation of Malkin’s name).

Live look at Jed’s brain going completely mush when asked a simple sports question that 99% of people who follow sports (or specifically, hockey) in any capacity would’ve nailed:

Look, I get it. When you don’t know anything about sports in general, the most educated guess is to go with someone you do know (i.e. someone that happens to be the best hockey player in the entire world) when asked a question about what player led the NHL in points during a given season.

But to surmise “Geno” is somehow the nickname for a man named Sidney Crosby? Yikes.

Lay your thumb off the buzzer one time, Jed! Nerds being nerds. Never gets old.

P.P.S. – I legit never heard of Tufts University until today. Apparently it’s a pretty good school. Hence, why I write for a blog and have never appeared on “Jeopardy!”