Watch: Tony Snell jukes Bogdan Bogdanovic out of his shoes—literally 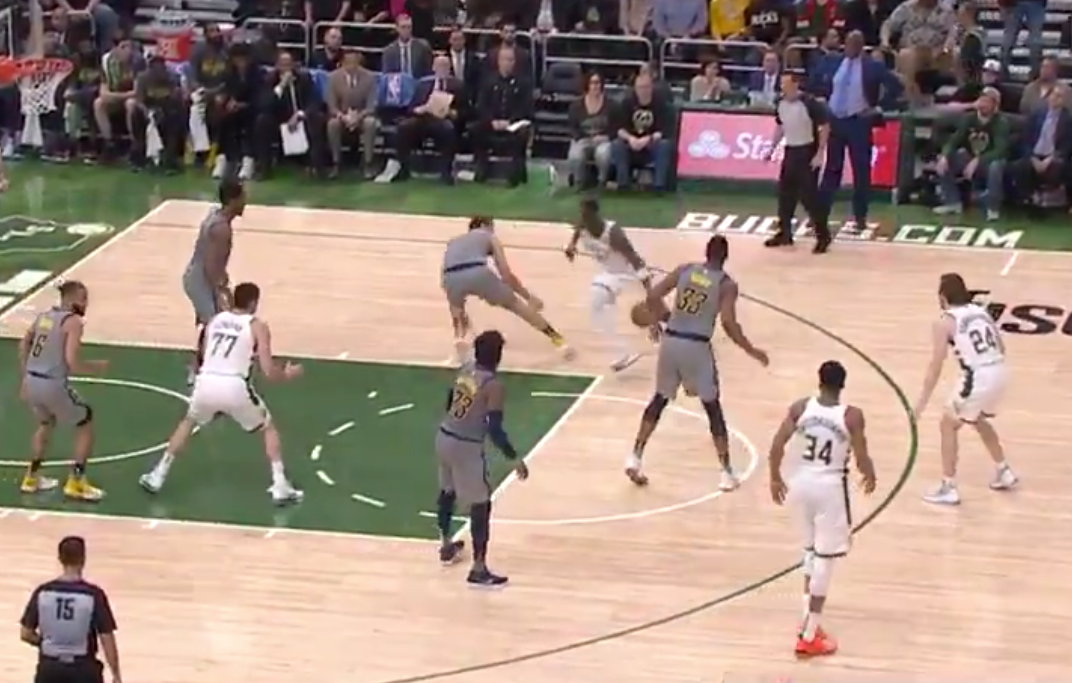 Watch: Tony Snell jukes Bogdan Bogdanovic out of his shoes—literally

NBA players are so athletic in this day and age, which is why we sometimes talk about how they juke their opposition out of their shoes.

It’s usually a metaphor, but on Thursday night, during the Pacers-Bucks game, it actually happened.

Tony Snell was working on Bogdan Bogdanovic at the time, when he used a nasty crossover to make the Pacers guard’s foot pop out of his shoe. The Sneaker popped off his foot, and Snell made the most of it, getting to the hoop and finishing at the rim.

We’re beginning to see more and more issues with sneaker durability, it seems, although it was Snell’s sick juke that caused it.