Wizards get team effort on the glass and scoreboard against Mavs 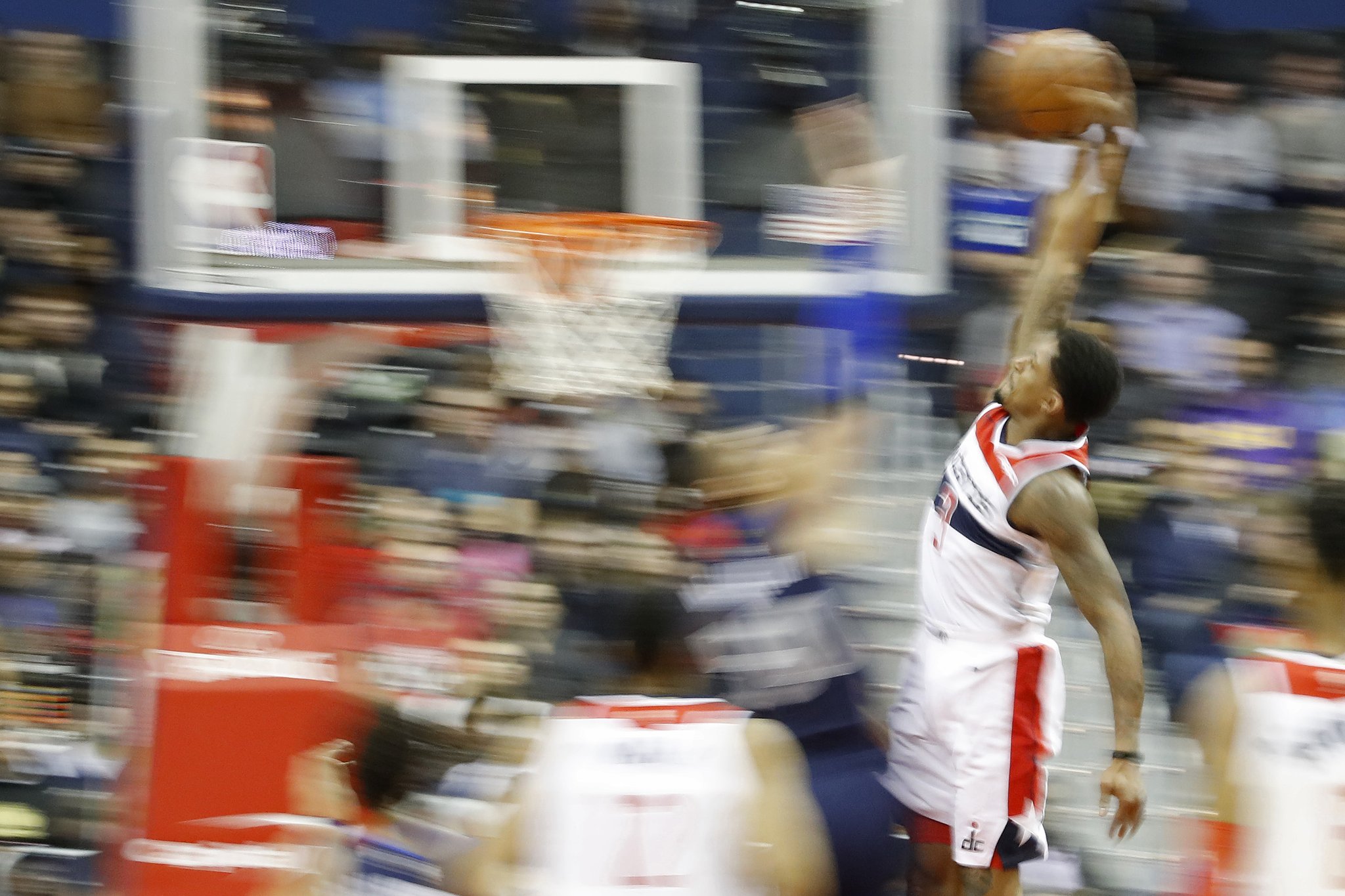 Wizards get team effort on the glass and scoreboard against Mavs

The Washington Wizards welcomed future Hall of Famer Dirk Nowitzki and rookie phenom Luka Doncic on Wednesday night and the two Mavericks received plenty of attention pre-game in Dallas’ lone visit to D.C. this season. The road team is more concerned about playing well than making a playoff push and hope to keep their top-5 protected draft pick. The home team, on the other hand, is still trying to extend their season beyond Game 82 on April 9. With that in mind, it is logical that the Wizards prevailed as both teams now sit at 27-37, tied for the seventh worst record in the NBA.

Nowitzki was given a standing ovation when he checked into the game and was cheered every time he touched the ball. The 7-footer only had two points and missed all three of his shots from the field in 12 minutes, but it was still auspicious to see the German native, potentially one last time. Doncic continued his impressive play with 31 points, 11 rebounds, seven assists, and four steals in 36 minutes. On the other side of the marquee matchup, Bradley Beal continued his All-NBA campaign with 30 points, on seven fewer shot attempts than Doncic, eight assists, seven rebounds, and a couple abusive plays against Salah Mejri.

For just the 16th time this season, exactly a quarter of games, Washington won the rebounding battle. In those games, the Wizards are 14-2 so there continues to be a clear recipe to success. Scott Brooks continues to harp on how they thought they were going to have Dwight Howard to grab 10+ rebounds every game, but now have to revert back to previous failed year’s plan of crashing the glass as a team. On Wednesday that happened with five players grabbing six or more rebounds led by Jabari Parker’s nine boards in 29 minutes off the bench. As a result, Washington had a 27-14 advantage in second-chance points and was also able to get out and run once securing the defensive rebound to the tune of 18 fast break points. Parker also added 20 points on an efficient 10-of-11 shooting from the field after Beal implored him to be more aggressive.

“It is great,” Beal said about Parker’s performance. “Actually, I pulled him aside the other day and told him he needs to be a little more aggressive and try to score a little bit more. Sometimes he gets in the paint and he is right at the rim and he passes it. Granted those are great plays and he wants to make the extra pass but he is 6’9 and two [hundred] whatever. Nobody is going to stop him down there. That is an automatic bucket. I love what he is capable of doing. He is very versatile. He can play mid-post, post, play on the wing. We can put him anywhere, so I definitely have enjoyed having him and he is a key to our success moving forward for sure.”

Bradley Beal on Jabari Parker: "Actually, I pulled him aside the other day and told him he needs to be a little more aggressive and try to score a little bit more. … Nobody is going to stop him down there. That is an automatic bucket. I love what he is capable of doing." pic.twitter.com/2iKomy91Da

After getting 43 points dropped on them in the first quarter, Washington pretty much scored their way out of the deficit. Posting 30+ points in all four quarters against a pretty good defensive team coached by Rick Carlisle. The Wizards four other starters, Satoransky, Ariza, Green, and Portis, were also in double-figures with Beal and Parker. Green hit a couple of timely three-pointers on back-to-back possessions to give the home team some breathing room that they never relinquished.

For the third straight half, Brooks rolled with rookie Troy Brown Jr. over Chasson Randle at backup point guard and Sam Dekker over Wesley Johnson at backup forward. Washington played just a nine-man rotation such that a starter was on the court at all times. With the regular season quickly coming to a close, it is not surprising that Brooks is shortening the leash on his roster. The head coach kidded that Brown continues to play over Randle so that he is not asked why the 19-year old is not getting minutes, but in reality, he knows that the team just needed a different flavor.

“Well, I think he’s been learning the game a little bit more,” starting point guard Tomas Satoransky said about his now primary backup Brown. “Obviously, that gave him more chances to play. He has more patience on offense. He’s very talented, not only getting buckets but getting offensive rebounds, passing the ball, getting steals. I think he’s been doing a little bit of everything lately. That gave him those minutes he’s been earning and hopefully, he can get develop because he’s a great kid, hard worker, and we need his help.”

With 18 games left, Washington (27-37) remains three games back of the No. 8 seed Miami Heat (30-34) with a pivotal matchup with the No. 10 Charlotte Hornets (29-35) on Friday night. That begins a tough stretch for the Wizards as they will then fly from North Carolina to Minnesota for the second night of a back-to-back at 8 p.m. on Saturday before returning to D.C. where they will not land until around 4 a.m. early Sunday morning because of Daylight Savings Time starting. Washington hosts the Kings on Monday night. At this point, winning at least two of those three is pivotal.