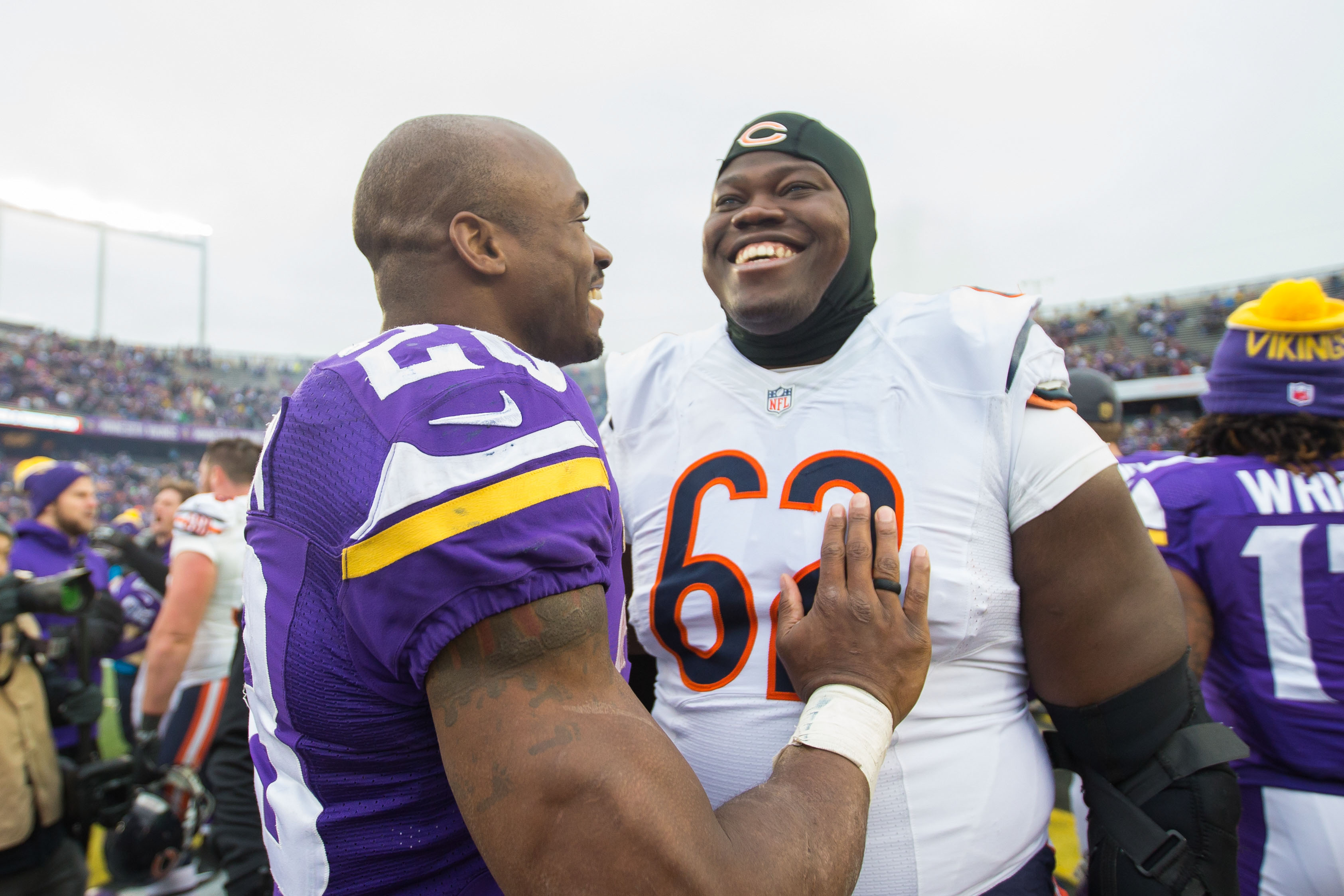 There was a time when it appeared as if Jordan Howard would the be the Bears’ running back for years to come, but a regime/coaching change and the addition of speedy playmaker Tarik Cohen have made it look as if he could be on his way out.

Howard, to his credit, carried the football 250 times for 935 yards last season, equating to a paltry 3.7 yards per carry. Not only that, he’s not known for his pass-catching ability, and that’s a trait that’s extremely important in Matt Nagy’s offense. Howard also lacks the top-end speed to burst into the second level for big gains.

Still, Howard is only 24 years of age, and that’s why it’s been rumored that the Bears will trade him — and soon.

As such, the Bears will have a major hole to fill, which they could do by acquiring a veteran who has a similar running style as Howard — Adrian Peterson. The veteran running back can catch passes out of the backfield and clearly still has some juice left in the tank, having rushed 251 times for 1,042 yards last year — 4.2 yards per carry. He was key in getting the Redskins in manageable second and third downs, which helped their offense in a big way. Apparently, the Bears are very much interested in signing Peterson, if he fails to re-sign with the Redskins.

Not only are they close, Brad Childress was spotted at the combine and my understanding is he's expected to join Matt Nagy's staff soon in an assistant/consultant role, working with the #Bears offense. Another twist on the former #Vikings coach's "retirement". https://t.co/wDmKLnQ9WF

This makes complete sense, as Peterson’s former coach, Brad Childress, is expected to join the Bears as an assistant/consultant. Peterson would pair well with Cohen, and we believe that would make for an extremely effective one-two punch.