Should the Astros go after free agent Craig Kimbrel? 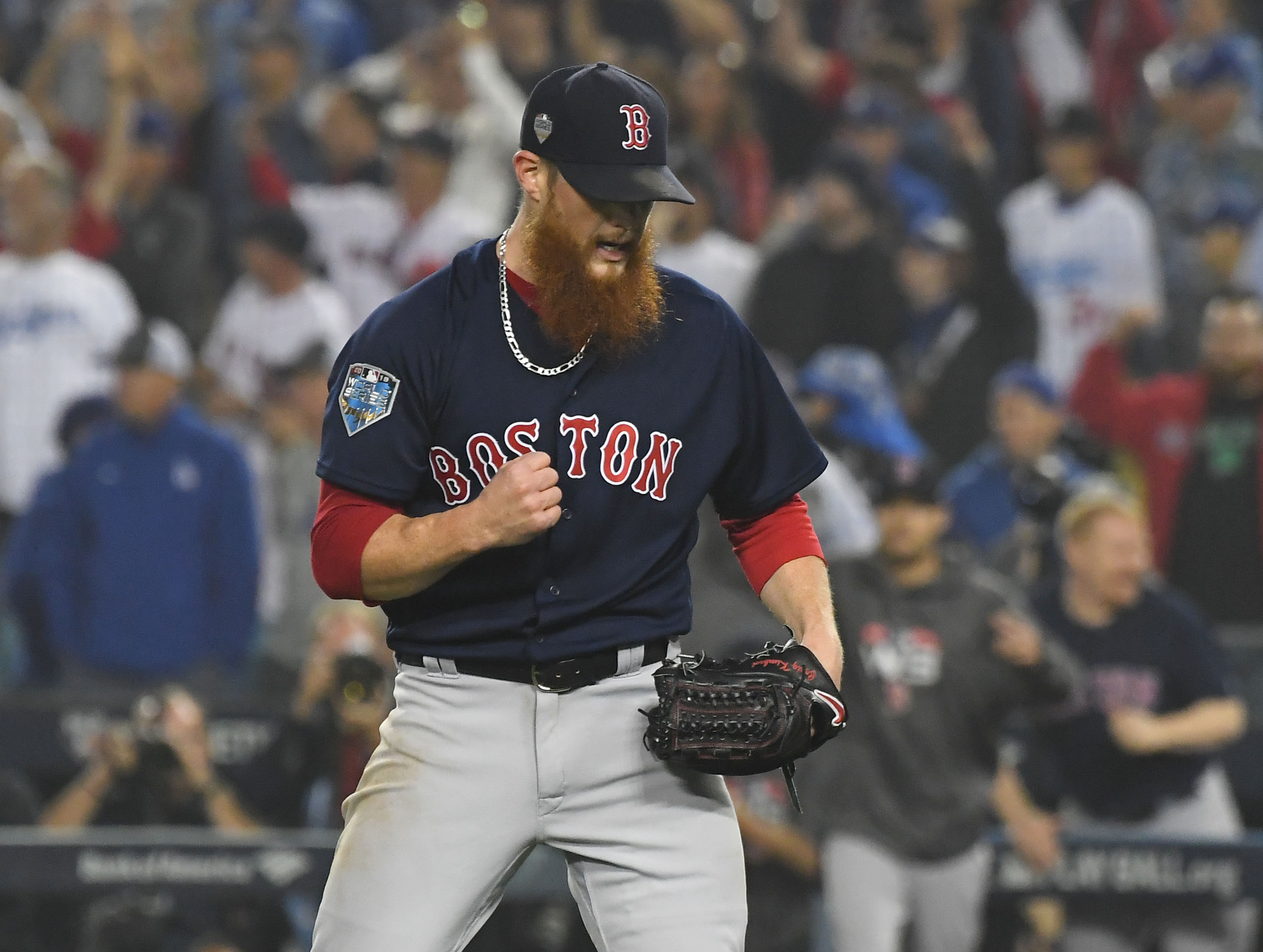 Should the Astros go after free agent Craig Kimbrel?

While Manny Machado and Bryce Harper are finally off the board, there are still plenty of free agents available this MLB offseason. From Dallas Keuchel to Adam Jones, some talent are just waiting to be signed. One star, in particular, is looking for the right deal for him. That man is Craig Kimbrel.

Perhaps the Astros should be the team to lock up the star closer for good.

One of the most dominant closers in the game today, Kimbrel is coming off winning a World Series with the Red Sox. Last season, Kimbrel went 5-1 with a 2.74 ERA. He also struck out 96 batters in 62 1/3 innings. In total, Kimbrel has 333 saves and 868 strikeouts. He is the only pitcher to be awarded the best reliever award in both the American and National League.

Why hasn’t the seven-time All-Star been signed yet? According to Jayson Stark, Kimbrel wants a multi-year deal (six years) worth $100. That deal would surpass Aroldis Chapman’s five-year, $86 million deal with the Yankees. The 30-year-old Kimbrel wants to have a secure deal after bouncing between the Braves, Padres and Red Sox over the past few years.

The Astros have an opportunity to create a super bullpen, one they should take advantage of. They already have Roberto Osuna, who accumulated 21 saves between the Blue Jays and the Astros last season while also dealing with his very real domestic abuse case. The team also has another closer-like figure in Hector Rondon, who closed out 18 games for the Astros. Rondon had over 77 saves with the Cubs.

Add Ryan Pressly, Chris Devenski and Will Harris into the mix, and the Astros already have a stacked bullpen. Imagine pulling a Yankees, however, and securing one of the best the game has to offer? It is too smart of a move for the Astros not to pull off.

While Kimbrel’s velocity is decreasing (at a very slow rate), he still brings value. It is time for General Manager Jeff Luhnow to invest in the arms race that is going on in baseball. With competition heating up and money going all over the place, the former defending champions have a great shot at landing the fireballer, if they show up with the right price, of course.