The Best Free Agent Fits for the Packers at Edge Rusher 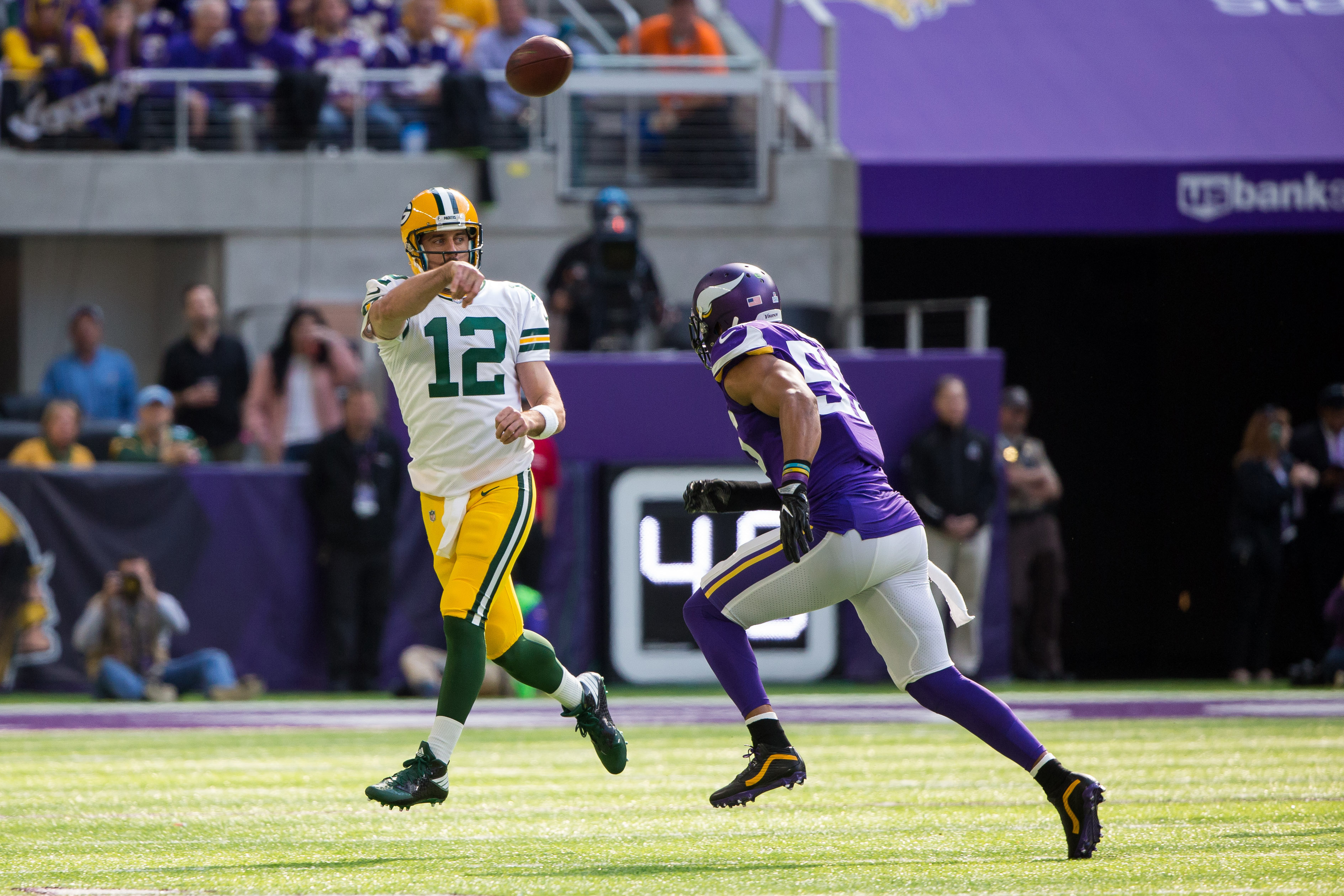 The Best Free Agent Fits for the Packers at Edge Rusher

The Green Bay Packers biggest area of need this offseason is edge rusher. Since general manager Brian Gutekunst has indicated that the team intends to be active players in free agency again in 2019, the Pack almost certainly will add one or more edge rushers this month.

Edge rusher is a major weakness for the Packers right now and the team is expected to spend one of its two first-round picks in this area and add a significant player or two via free agency.

Assuming Nick Perry is let go as expected and Clay Matthews signs elsewhere, the Packers have only one edge rusher with any track record on the roster and that is Kyler Fackrell. Fackrell led the team with 10.5 sacks last season although six of those sacks came in two games. Even if Fackrell proves he is for real, the Packers need to add some talent and depth at this position.

Flowers has been remarkably consistent over the past three seasons. He registered 7.0, 6.5 and 7.5 sacks over each of the last three seasons. It is unlikely the Patriots will be willing to pay enough to keep him in New England.

Flowers is the top-rated edge rusher not franchised by his team. That will mean his services will be in high demand and the team that signs him will have to overpay. That will likely make the Arkansas alum cost prohibitive to the Packers as well.

Smith led the Ravens with 8.5 sacks in 2018. He has good quickness and a variety of moves, but the former Kentucky star is streaky, often picking up sacks in bunches and then going without any for some time. Smith also comes from a team that played a 3-4 defense that is similar to the one Mike Pettine runs in Green Bay which may make his transition to the Packers an easier one.

Smith recorded four sacks last season and has 24.5 since joining the Redskins in 2015 as a second-round pick out of Mississippi State. Packers fans may remember the safety he recorded for the Redskins in their playoff game against the Packers in 2015. While he has never put up Pro Bowl-type numbers, Smith has experience playing in a 3-4 system and would be a lower-cost addition that the Packers could afford.

Fowler came up big for the Rams in the postseason, recording a sack against the Cowboys and a half sack against the Saints in the NFC Championship Game. He also hit Drew Brees to help create a key interception in that game. Fowler has had some off the field issues and has not been as consistent at pressuring the quarterback as some scouts expected. He has 16 career sacks. Fowler tore his ACL and missed all his rookie season which may have cost him some of his explosiveness off the edge. He is still young and can upgrade the Packers pass rush at a reasonable price.

Cameron Wake is a five-time Pro Bowler who has recorded 98 career sacks since joining the Dolphins as an undrafted free agent in 2009. He added six sacks in 14 games in 2018. At 37, Wake is unlikely to be an every-down player, but his experience, leadership and savvy would make him a good addition as a situational pass rusher if he’s willing to accept a one or two-year deal for a reasonable dollar amount.

Barrett has 14 career sacks with the Broncos since joining the team out of Colorado State in 2015. He has never had more than 5.5 sacks which he recorded in his rookie season. He had three sacks in 2018. Barrett is a situational pass rusher and rotational player rather than a full-time starter but that doesn’t mean he couldn’t be a valuable addition.

Ansah is a proven pass rusher with two seasons of more than 10 sacks including 12 in 2017. Unfortunately, he also has an injury history including a shoulder injury that limited him to seven games in 2018. The native of Ghana plays defensive end, a position the Packers have a bit more depth at than OLB. If he’s healthy, Ansah could improve the pass rush and his health issues could reduce his price, but as a DE, he may not fit the Packers needs as much as an OLB would.

Lynch was drafted by the 49ers out of South Florida in 2014 and recorded six sacks as a rookie. The following season was his best as he started 13 games and 21 quarterback hits and 6.5 sacks. Injuries slowed him down the following two seasons. Lynch signed with the Bears in 2018 and recorded three sacks while starting just three games. Lynch is competent in coverage but is more likely a depth player who wouldn’t cost much to add to the team later in free agency.

Okafor’s best season came in 2014 when he recorded eight sacks with the Cardinals. He has experience playing both OLB and DE. He suffered a torn Achilles during the 2017 season which may have limited his production last year when he had just four sacks despite starting all 16 games. Okafor would add experience and versatility at a reasonable price.

Mayowa recorded four sacks in 15 games with the Cardinals last season. He had his most productive season with 38 total tackles. Because he plays DE in a 4-3 defense, he would have a major adjustment if he signs with the Packers. The Idaho alum would be a depth rotational player if he was added to the roster.

Barr is a big wild card in this free agent class. He has not played on the edge during his five-year NFL career all spent with the Vikings. Barr has the tools to rush the passer but was rarely called upon to play that role in Minnesota. Packers fans all recall his controversial hit on Aaron Rodgers that ended the Green Bay quarterback’s season in 2017. Barr is a consistent and smart player who would need to make a big adjustment to be an edge rusher, but he may just be capable of doing it. That could get the Packers an edge rusher without paying top dollar for a pass rushing specialist.