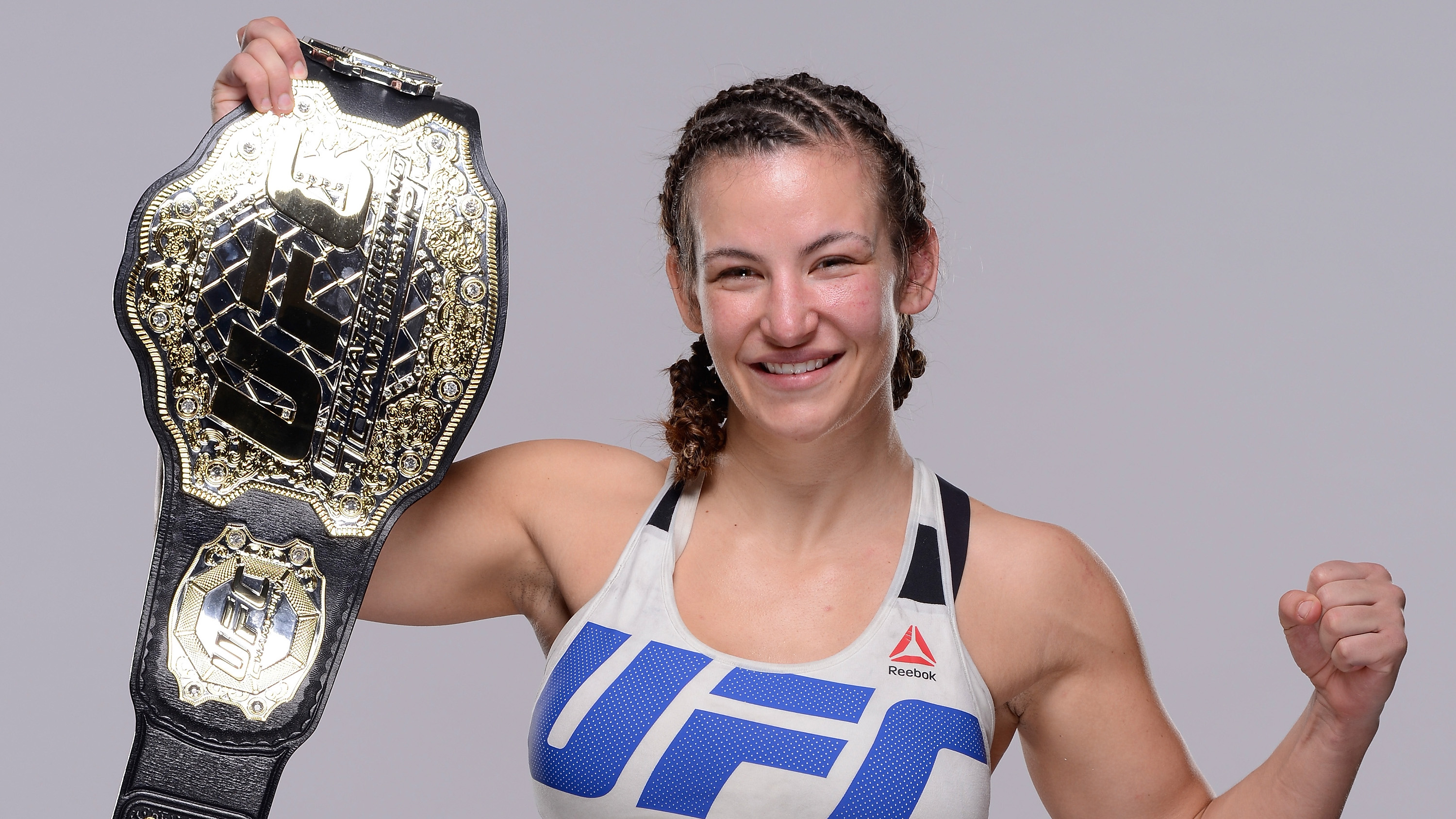 In recent years, WWE has really opened its doors to stars from the world of Mixed martial arts and that goes beyond Brock Lesnar and Ronda Rousey being two of the company’s biggest stars.

The worlds of professional wrestling and MMA are closer than they’ve ever been and former UFC Women’s Bantamweight champion Meisha Tate seems to have taken notice of that.

During a recent interview, Tate states that WWE could be in her future. Though she doesn’t hint strongly at that, she does say that she wouldn’t close the door on making an appearance in WWE.

She goes on to admit that she didn’t grow up a wrestling fan and wouldn’t want to work the grueling full-time schedule that stars of the biggest wrestling company in the world are known to work, but a “cameo” here and there would not be out of the question.

If WWE wants to do some good business, they should be listening to this.

Tate is a recognizable name and the fact that her arch nemesis, Rousey, is part of WWE’s roster, the idea of something between the two of them alone makes this interesting.

Rousey and Tate are not friends, not even close. The two have squared off in the cage on two occasions with Rousey winning both by submission by way of armbar.

This news comes during a week in which Rousey also verbally attacked the WWE Universe as she continues a full-blown heel turn.

Tate retired from MMA in November 2016 with a win-loss record of 18-7. She joined ONE Championship this past November as a Vice President.

At only 32 years of age, Tate has plenty more to offer in her career. Could that career path lead to WWE?