Your Morning Dump... Where the Celtics aim to finish this road trip strong 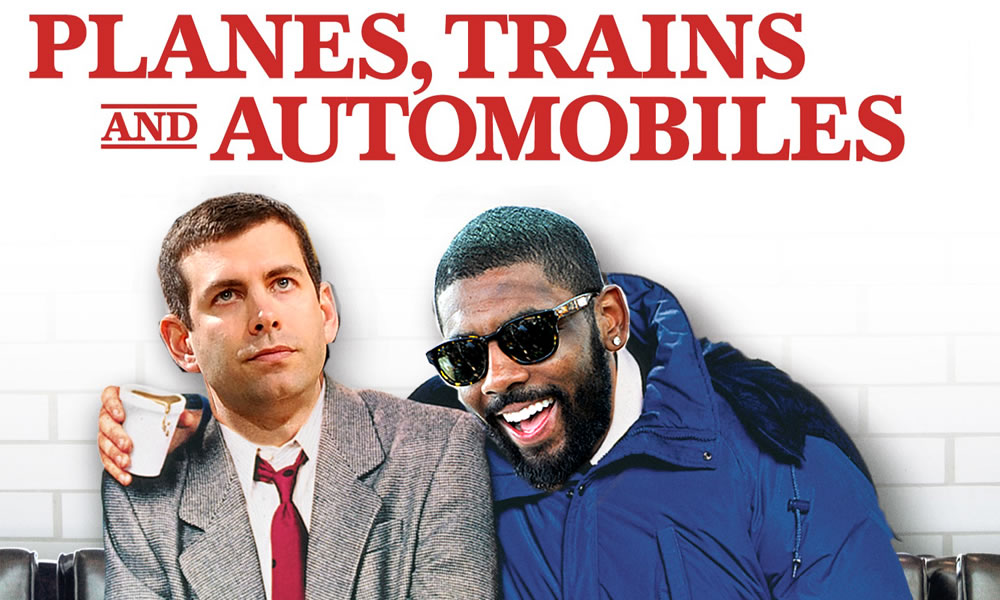 Your Morning Dump... Where the Celtics aim to finish this road trip strong

The team now turns to Los Angeles, with games against the Lakers (Saturday) and Clippers (Monday) – teams they led by a respective 28 and 18 points before losing to both in the Garden a week before the All-Star break. They have sufficient memory of those two low points to convert the pain into the most successful road trip of the season, but we’re getting ahead of ourselves.

This Warriors/Kings parlay is simply an encouraging start. Baby steps.

Boston now has two days off before Saturday’s game. This is their biggest test yet: Can they survive a Thursday and Friday night in L.A. and still come out with the necessary energy on Saturday? They have two games but three opponents on this trip: the Lakers, the Clippers, and LA nightlife.

Something of a slow news day in Celticsville, so let’s take a little bit of time to talk more about the last two wins, that long plane flight, and the team’s suddenly positive vibes.

Last Friday, I was fed up with this team. They’d lost five of six, and looked terrible in every one of those losses. In such a circumstance, a long road trip with only a handful of games could’ve been disastrous. The team was going to have a lot of time on its hands in the leadup to the Golden State game, and after the Kings game.

Fortunately for the team, it seems that the losing streak paradoxically helped clear the air. By the time Stevens was making his mandatory press appearance on Monday, he was talking about the team having as positive of an attitude as they’d had in a while. Of course, we know what happened next: The team dismantled the defending champs, and then gutted out a victory against a team that is in the hunt for a playoff spot for the first time in over a decade (and to reflect on how awful the Kings are, remember that over half of the teams in the NBA make the playoffs every year).

I expect the team to have at least something of an ‘unfinished business’ attitude toward the games in LA on Saturday and Monday, given the rather stupendous way the team collapsed against those teams back in February.

Hopefully the team will be able to look back on that flight to the West Coast as a turning point, as seen in this clip Jeremy Stevens posted in Wednesday’s dump:

“That long plane ride helped us out, I’ll just say that,” Irving said. “That long plane ride helped us out. We needed it. It was just we were going to get to a point where we were just going to get tired of fighting each other, fighting the outside world. And it doesn’t even really matter. So we just wanted to come out here and just play basketball. This is our sanctuary. And we have to do everything to protect it. We can’t let anybody infiltrate it.”

Back in December, 2012, my college basketball team, the Jackrabbits, were due to fly from Nashville to Albuquerque. The team had stunk up the court against Belmont the night before, losing 76-49, and everybody had to be up at 4:30 in the morning to make a 7:00 flight.

Then a snowstorm canceled the flight–and there weren’t enough seats on any other flight out of Nashville, so at 2:00, the team got on a bus, and took a 20 hour, 1200 mile bus ride from Nashville to Albuquerque.

Instead of bonding, they grew tired of one another.

“I honestly think we played pretty angry today,” said Nate Wolters, who finished with 28 points, seven assists and four rebounds. “We’ve been on the road for 10 days. … Our practice yesterday got a little chippy too. I think people were sick of each other. It worked.”

That chippiness worked out for the Jacks–they beat previously undefeated, number 16 ranked New Mexico 75-70, and went on to win the Summit League regular season and tournament titles.

One way or the other, sometimes teams need a long road trip to hit the reset button. In Boston’s case, it’s clear that media coverage had gotten to be a bit much for everyone, and they benefited from time away from all that noise.

Of course, I’m not going to say that these guys should have let the noisier and more extreme voices in the national and local media affect relationships between teammates, but it’s pretty clear that’s what was happening. Hopefully they’ve all learned a bit about how clueless and off-base the shoutiest members of the media are.

Page 2: Where Jayson Tatum and Harry Giles go way back

While playing for Team USA at the 2013 FIBA Americas U16 Championship in Uruguay, Giles suffered a devastating knee injury that sidelined him for the remainder of the competition — and sparked a connection.

This is kind of a nice feel-good story. Ben Mark posted a link to the MassLive writeup of the Giles/Tatum connection yesterday, but Nicole Yang’s also got a good piece up at Boston.com.

My South Dakota State Jackrabbits enter the Summit League tournament with the number one seeds on both the men’s and women’s sides. It’s a down year for the Summit on the men’s side, but on the women’s side there’s a strong chance that the league and my home state will send two teams to the NCAAs–both SDSU and USD.