If you happen to be a sports fan in any capacity who has operated a twitter account over the past five years or so, odds are there’s a very good chance former NHLer, Zach Boychuk, followed you along the away at some point. Pretty cool, right? A professional athlete with a fancy blue checkmark being amongst one of your 90 or so followers!

*you when you first saw that notification that Boychuk followed you* 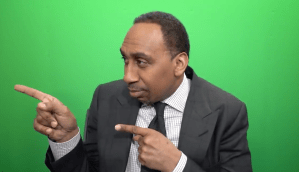 But then you took a quick look at his account and noticed something oddly suspicious. Oh wow, not only does he have close to a million followers, he also FOLLOWS almost a million people as well!

Ahhhhh, the oldest trick in the book in terms of gaining a social media following – you follow someone for the sole purpose of hoping that same person follows you back (hence, #TeamFollowBack). You see, that person’s happy because they got a follower, and you’re happy because that same person followed you back. You both win, right? Well, not really. At the end of the day, people who employ this tactic of gaining a following typically do so because their content is dogshit, and they can’t acquire a following in any other way. But to each his own! 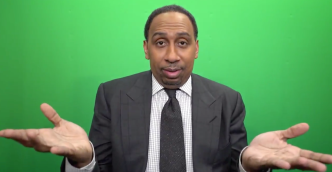 That rush of dopamine was cool for about two seconds, right?

Well, here’s where things get a bit dicey.

Back in October, Craig Custance of The Athletic wrote a piece about why Boychuk is following everyone under the sun on twitter. It’s somewhat lengthy (and the article is actually free for once) so if you don’t feel like reading the whole thing, here’s the TL;DR:

Back in 2009, Boychuk was one of the early adopters of opening a twitter account. However, early on, he basically used his account the same way a vast majority of twitter users operate their accounts – for reading news. Soon after getting accustomed to the new platform, he began tweeting. And since he was a professional athlete, the followers started to roll in.

It was at this point, Boychuk began realizing the secret every asshole who sells themselves out on social media knows: followers = currency. So in an effort to build his following even more, he started manually following thousands of people a day. Which, going back to my #TeamFollowBack point, blossomed Boychuk’s twitter following above the 50k mark (or roughly the point where he was able to start raking in money/have companies send him free stuff).

So what did Boychuk do next?

Well, he decided to use his brain and download an app that would allow him to automatically follow approximately 20,000 people a day. And with the help of automation (and time), Boychuk was able to flip his 50k followers into over 900k followers while obtaining lucrative sponsorships in companies such as DraftKings and VIKTRE in the process of it all. On top of that, by promoting his Snapchat and Instagram accounts on Twitter, Boychuk has been able to extend his brand extensively on his other social media platforms as well (with the exception of Facebook because he’s unable to follow people lolz). All of this made possible by following the fuck out of almost nearly 900k people.

So I guess #TeamFollowBack gets the last laugh at the end of the day, right?

#HockeyDB stat of the day:

As a point of reference, Boychuk had been following nearly 900,000 people back in October whenever Custance wrote his article:

Once you notice the Zach Boychuk phenomenon, it’s hard not to look for it. At last count, Boychuk’s Twitter account followed 867,990 people (and chickens). The number of followers he has on his account is even higher — he recently passed the 895,000 follower mark.

As of today, he follows 92 people.

So to the naked eye (and if you happened to come across Boychuk’s account for the first time today) you’d probably think to yourself, “this guy has to be pretty famous.”

However, after a quick scroll through some of his tweets, you’d be brain dead if you didn’t come to the realization that he’s gotta be some sort of hack fraud loser. After all, people who have large twitter followings (and know how to use the platform properly) don’t rattle off shitty tweets such as these:

Permission to slide in the dms… pic.twitter.com/VSbCDNS9VW

How come no one told me about this 69-nice trend?

But then again, there are tons of stupid people out there who will probably think Zach Boychuk is some sort of internet rockstar without the context of his little operation.

But to the rest of us…

YOU PLAYED YOURSELF, ZACH BOYCHUK! 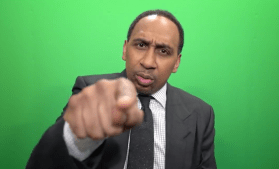 P.S. – In seven career games with the Penguins in 2013, Boychuk scored a total of zero points and was a minus-2. He also had a total of 28 points in 115 career NHL games. So he also sucks at hockey, too.