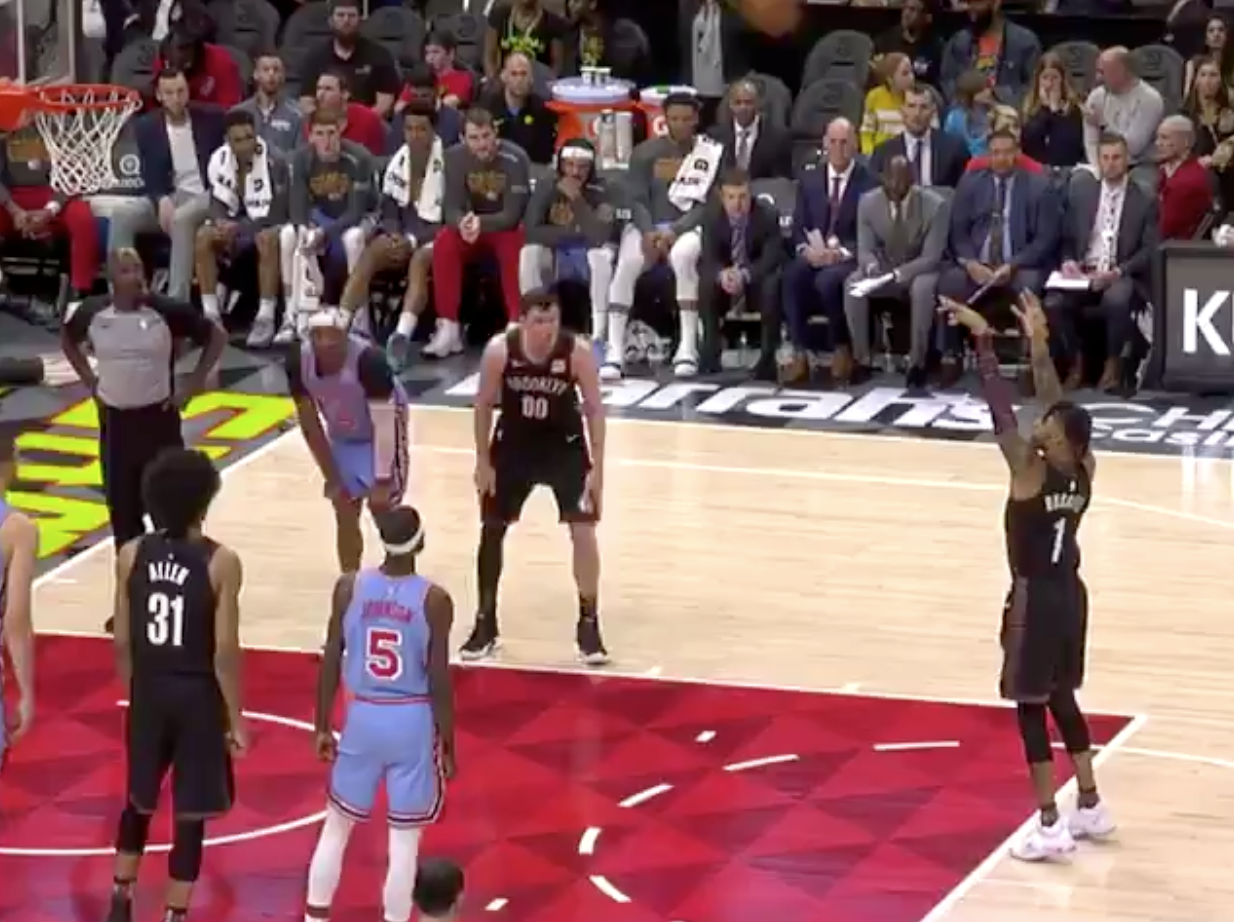 D’Angelo Russell has resurrected his career in Brooklyn, but that doesn’t necessarily mean NBA fans have forgotten what took place during his tenure in Los Angeles.

Hawks fans reminded Russell of that during Saturday’s game, when he went to the line to attempt a pair of free throws. Here’s what he had to hear while preparing to shoot:

Russell didn’t seem to be fazed at all, as he calmly sank both free throws.