Martin returns to lineup as Isles prepare to face Flyers 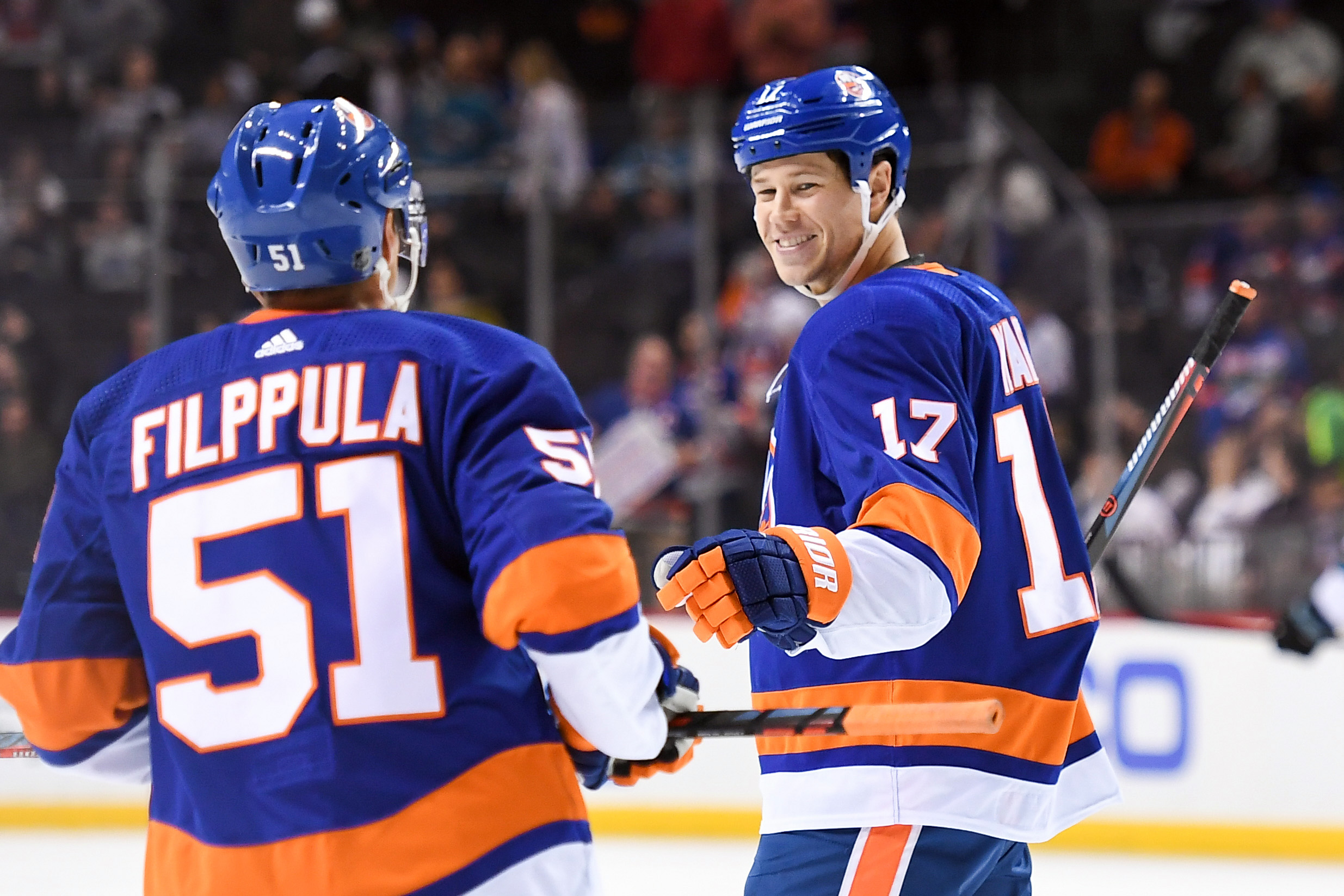 Martin returns to lineup as Isles prepare to face Flyers

EAST MEADOW, N.Y. — A banged up Islanders team will get some help back in the lineup when they host the Philadelphia Flyers on Saturday night. Matt Martin is expected to play for the Islanders for the first time in several games.

“It always sucks for sure,” Martin said about having to miss games this late in the season because of an injury. “As an athlete, you never like missing games. You never like admitting that your hurt and can’t play, but it is what it is. We got a couple big wins against Ottawa and we kept ourselves above the water.

“That’s what we have to continue to do and we want to get back to playing some strong hockey.”

The Islanders fan favorite felt the team has not played up to par with where they should be since defeating the Toronto Maple Leafs 6-1 on February 28. The Isles have gone 2-2-0 in the four games since then.

Injuries and illness have hit the Islanders hard as well over that four-game stretch. Fellow fourth line Cal Clutterbuck has been sidelined for the past two games and is expected to sit out Saturday’s game.

Clutterbuck left last Sunday’s contest against the Flyers with an upper-body injury. Casey Cizikas was also battling a bug that had been going around earlier in the week.

#Isles on the ice for morning skate. No Lehner. Clutterbuck is on the ice pic.twitter.com/XQAYU2ncCt

Robin Lehner remains day-to-day after being bowled over in Tuesday’s game against the Senators, forcing the Islander netminder to exit the game early. Lehner isn’t expected to dress on Saturday night, while Christopher Gibson will presumably back up Thomas Greiss for the second consecutive game.

“We just need all four lines going,” Islanders coach Barry Trotz said. “I thought last game we had maybe two that were really going. We need four, that’s when we’re at our best. Especially when you’re playing good deep teams. Philly is a deep team.”

The Flyers defeated the Islanders 4-1 the last time the two teams played one another just six days ago. The loss knocked the Islanders out of first place in the Metropolitan Division.

A win on Saturday would move the Islanders back into a tie for the division lead with the Washington Capitals, who took over sole possession of first with a win over the New Jersey Devils on Friday.

Cal Clutterbuck & @mattymarts17 are both on the ice at skate this morning. pic.twitter.com/YiFHDSp9eI

The Islanders and Capitals have played on alternating nights this past week and have kept leapfrogging one another in the standings. The players in the Islanders dressing room have tried to stay away from watching the standings too much.

“The biggest thing is control what you can control,” Anders Lee said. “Take care of our business. Take care of our games and things will work out. As much as we’d love to have some help around the league, it is what it is. You can’t really get too emotional about it because there’s nothing you can do about it.”