The Best Free Agent Fits for the Packers at Safety 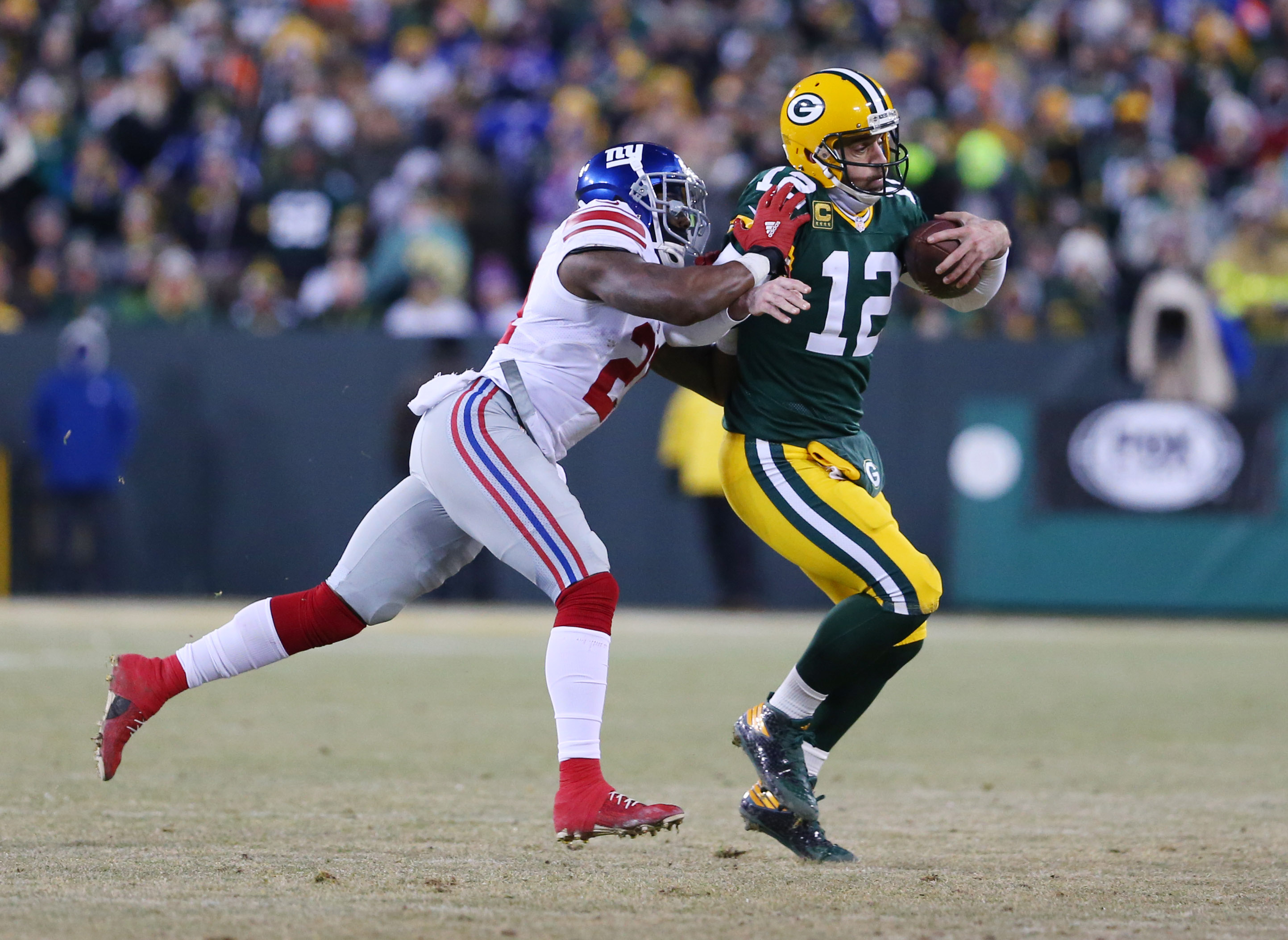 The Best Free Agent Fits for the Packers at Safety

The Green Bay Packers need significant improvement at the safety position. The team is likely to add at least one veteran safety to the roster via free agency before the season starts. GM Brian Gutekunst says the Packers will be active players in the free agent market again this offseason.

The Packers are thin at this position with converted cornerback Tramon Williams, Kentrell Brice and Josh Jones being the three major returnees. Last year, the Packers traded former first-round pick Ha Ha Clinton-Dix at the trade deadline and released Jermaine Whitehead midseason. New talent is needed at this position.

Fortunately for the Packers, there are many quality players available at this position in free agency. The fact that most teams in the NFL have devalued the safety position may help keep the cost down for all but the very best players on this list.

Here is a look at the top players available in free agency at the safety position:

Thomas has been a game-changing playmaker throughout his NFL career. The former Texas Longhorns star is a six-time Pro Bowl selection, a Super Bowl champion and a leader in the locker room. He has excellent coverage skills, 28 career interceptions and isn’t afraid to tackle.

The biggest issues surrounding Thomas are age (30) and injury. He only played four games last season before suffering a broken leg that ended his season. He also missed the end of the 2016 season due to a broken leg.

Thomas will also be expensive to sign but he has a proven track record on the field and would improve the Packers secondary immediately if they are willing to spend the money to get him.

Collins is a young and talented safety who has been selected to three Pro Bowls. Many experts were surprised the Giants did not do more to keep him. Collins’ 2018 season ended early due to a torn rotator cuff which required surgery.

The former Alabama star plays better in the box but is still capable in coverage. He has eight career interceptions and 32 passes defensed in four seasons. Collins is a hard hitter who topped 100 tackles in each of his first three NFL seasons and had 96 in 12 games last year.

Collins may be the perfect box safety for Mike Pettine’s defense, but he will be expensive to sign for the Packers.

The Texans reportedly want to re-sign “The Honey Badger,” but it is not clear they have the cap space to do so. Mathieu is a hard hitter who has matured since entering the NFL.

Mathieu’s best season came in 2015 with Arizona when he picked off five passes and was named first team All-Pro. He is a versatile talent. Last year, the former LSU star made a career-high 89 tackles, three sacks and two interceptions.

“The Honey Badger” is not afraid of contact but at only 5’9” and 185 pounds, can his body absorb the punishment his style of play entails.

Joyner is a talented free safety who played for the Rams under the franchise tag last season. Joyner is only 5’8” which may be a concern. He is versatile and has experience playing cornerback for the Rams before making the switch inside in 2017. Joyner has four career interceptions including one pick-six. His lack of size and injury history are the biggest concerns. His versatility and coverage skills are his strongest assets.

If the Packers sign Amos they can strengthen their secondary while simultaneously weakening a division rival. At free safety, Amos has good coverage skills and isn’t afraid of contact. At 6’0” and 214 pounds, Amos has good size for the position. He had two interceptions in 2018 while making a career-best 73 total tackles and one quarterback sack. The former Penn State star is a solid, all-around safety with basic skills in all areas.

Weddle was released by the Ravens last week making him a free agent. The veteran safety has earned six Pro Bowl selections during his distinguished career with the Chargers and Ravens. He has 29 career interceptions and doesn’t shy away from contact.

Weddle is clearly slowing down at age 34 and his coverage ability is in decline. He is better in the box right now than in coverage. If he’s willing to accept a short-term deal, his leadership and experience could benefit the Packers for a season or two.

Boston has quietly played well in recent years. He was one of the Cardinals best pass defenders last season despite making a salary of only $1.5 million.

Boston intercepted three passes last season and five in 2017 with the Chargers. He has played both free safety and strong safety which would offer Pettine some flexibility on defense. The North Carolina alum has good but not great speed and plays a smart, overall defensive game. He can be a great value signing for the Packers if they can’t add any of the top names on the safety list.

Quin is 33 and is clearly slowing down. The veteran safety didn’t make any interceptions last season although he made 74 tackles and remains a decent tackler. Quin’s best football is behind him, but he is still capable of contributing. The New Mexico alum made the Pro Bowl back in 2014 when he had a league-high seven interceptions. Quin would be a low-cost, short-term addition if the Packers add him to the roster in 2019.

Ward lacks the speed to be an elite safety, but he is capable of covering most tight ends and can play the run adequately. He has played both free safety and strong safety while with San Francisco.

Ward never lived up to his pre-draft hype since being selected in the first round of the 2014 NFL Draft out of Northern Illinois. He has been a borderline starter or nickel back throughout his NFL career. Ward missed the last seven games of the 2018 season with a broken forearm.

Phillips doesn’t get a lot of attention, but he could help the Packers in a variety of ways if they sign the former Texas Longhorn.

Phillips is a linebacker/safety hybrid, the type of player Pettine likes to use in his defense. He is also a standout on special teams, an area the Packers badly need to improve next season. In fact, he was named to the AFC Pro Bowl squad this past year as a special teamer.

In five NFL seasons, Phillips has never established himself as full-time starter on defense. He would add some depth to the secondary however and at 26, is still in his prime. The Packers could add him without breaking the bank.