Your Morning Dump… Where Pierce is LeBron’s greatest rival, and that’s The Truth 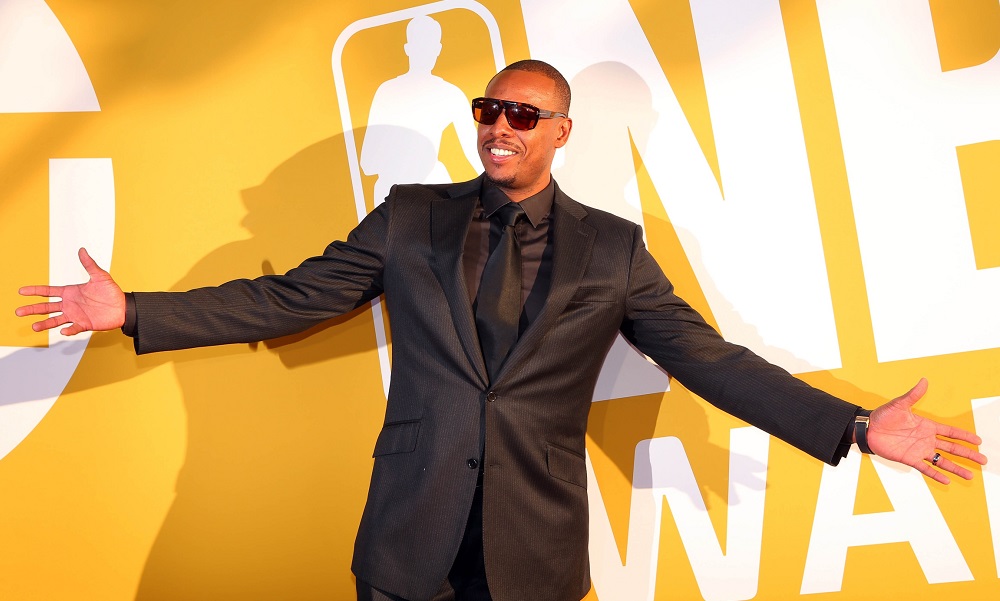 Your Morning Dump… Where Pierce is LeBron’s greatest rival, and that’s The Truth

When LeBron James joined the Lakers, no doubt their fans thought it would mean the return of Showtime to Hollywood. Instead, though, it looks like the Lakers are about to miss the playoffs for the sixth straight year.

That has nothing to do with this first item, but with the Cs playing the Lakers tonight, I just enjoyed typing it.

Now, about the above video: Obviously, Paul Pierce has been LeBron’s greatest rival. No one is saying Paul was better individually than LeBron, but according to Basketball Reference, the two went head to head in 69 games, and LeBron barely edged Paul, 35-34. Simply put, nobody has matched their battles – many of which were epic.

Pierce and James faced off in five playoffs (one when Paul was with Brooklyn), with LeBron winning 17 of 30 games and three series. Their most thrilling confrontation was Game 7 in 2008, when LeBron scored 45 for the Cavs but Paul scored 41 and the Celtics won the series. Two years later, the Cs eliminated the Cavs in six, which sent the King fleeing to the Heat.

Another memorable moment was when Pierce nailed a three in LeBron’s face to clinch the 2012 Eastern Conference Finals Game 5 in Miami. But James came back in Game 6 with a devastating 45/15/5 in Boston to avoid elimination. (Here’s an article that contains some videos of these moments.)

They’ve met 39 times in the regular season, with Pierce winning 21. Some were classics, such as The Truth posting 41/9/6 in LeBron’s rookie year; Paul dropping a career-high 50 but LeBron countering with 43 to steal the win; and LeBron spoiling Paul Pierce Day last year.

The Truth was the most prominent rival not just to James, but also to Kobe Bryant (they faced off twice in the NBA Finals). For this reason, Pierce is disrespected by both LeBron and Kobe fans, which is just about the worst combination possible. But Paul laughs and trolls through it. Some day, all three will be in the Hall of Fame.

When the Boston Celtics boarded their plane on Sunday night, they were a disjointed mess of individuals fresh off their fifth loss in six games.

They walked off it refreshed and refocused, using a newfound energy to wipe the Oracle Arena floor with a disinterested Golden State Warriors team and then gut their way past the very interested Sacramento Kings.

MassLive: Brad Stevens and Boston Celtics find a connection in their humanity, and it might save their season

No, Horford insisted, the team simply had found something while being trapped in each other’s company for nearly seven hours.

The flight featured more talking than usual. More laughing. More camaraderie. But, Horford finally relented, it all traced back to one person.

“Kyrie was instrumental because he was the one that initiated everything as far as being like, ‘Hey, let’s have conversations, let’s play cards, let’s do this, let’s do that’ on this plane ride,” Horford told NBC Sports Boston after Friday’s practice on the campus of UCLA. “And we were all engaged at that point.

“He’s the one who got that ball rolling … We spent a good amount of time together, we talked, we laughed, stuff like that. It just happened to be extended. As opposed to an hour or two hours, almost seven hours. You’d think we’d get sick of each other but, actually, it made the plane ride go quicker. We were just hanging out and talking.”

NBC Sports Boston: How Kyrie Irving brought the Celtics together at 35,000 feet

Kyrie on what the Celtics have found on this road trip.

"Just some joy. Just having fun playing basketball and competing for one another.”

So much joy and vibes on this trip.

When the Celtics departed for four games in California, it was obvious that this trip could either make or break the rest of this season. So it’s great to hear that Kyrie – who’s made plenty of leadership errors this year – was the one who set the group in the right direction on the flight west.

There’s no sound bite here, no behind-the-scenes video of this airborne camaraderie, so this story won’t get nearly as much play as “I don’t owe anybody sh-t,” to name one example. But if the Celtics keep their new spirit alive for 16 more games plus playoffs, the story of that plane ride might become yet another piece of Boston folklore.

Related – The Athletic: Inside the cross-country flight that may have changed the Celtics’ fortunes

And, finally… Win two for Simmo

The Lakers are an absolute mess, with their season circling down the drain. They’re 6.5 games out of a playoff spot, with James and the team’s younger core at odds. The Lakers have dropped four straight and eight of their last 10, and most in La-La land are questioning LeBron’s commitment to the team. James is still capable of carrying his team on any given night, but he hasn’t shown any interest in doing so over the last week.

The Clippers, on the other hand, are actually playing well. They’ve won seven of their last 10 and Doc Rivers has his team sitting in the eight-seed in the Western Conference. It’s impressive that they’ve been able to climb back into the playoff picture following their deadline fire sale. But then you see that their recent stretch of success has come against the likes of the Lakers, Knicks, Mavericks, Grizzlies, and Suns, and it isn’t as impressive. They’ve been playing better as of late, but are still ripe for the taking.

And for a Celtics team that can’t afford to take their foot off the gas right now, these two matchups in Hollywood are a perfect way to show the world that they’re far removed from those disappointing collapses against these two teams last month. Sweeping this road trip, or at least going 3-1, will also help ease the sting of last week’s sour stretch. Lose both, and we can go back to feeling the same disappointing way we’ve felt about the C’s for much of the season.

CBS Boston: Celtics Get Their Chance To Avenge Terrible Losses To Lakers, Clippers

My friend @Simmo1414 is a devoted Celtics fan from Australia. In February, he traveled with his son and brother all the way from Melbourne to Boston, largely to see his favorite lads in green. He also looked forward to watching fellow Aussie Aron Baynes on the parquet.

Simmo and his son, Sam, saw two games in the Garden and, incredibly, they were the pair of LA debacles. A blown 18-point lead to the Lakers, capped by Rondo’s stunning buzzer-beater. Then the Clippers coming back from an inconceivable 28 points and winning going away. Making it worse, Baynes didn’t play at all because of his foot injury. And the final affront: Simmo’s brother is a Lakers fan.

Before heading home, Simmo finally saw the Celtics win, in Philadelphia, although Baynes (and Kyrie) missed that one too.

Simmo said he had a great time in the States, and even with the losses he was happy just to actually be in the Garden. That’s a great attitude, but he deserves better. The best way – the only way – to somewhat make it up to Simmo is for the Celtics to put a beatdown on both LA teams. And the way the Cs are suddenly playing, I expect it will happen.

Related – Globe: Celtics’ Brad Stevens wary even though Lakers are reeling  |  The Celtics are facing LeBron James again, but it’s not like old times

NBC Sports Boston: Celtics: Kyrie Irving practices Friday, expected to play vs. Lakers  |  Jaylen Brown on re-joining the starting lineup: ‘It doesn’t matter to me as long as we keep winning’  |  Reliving Jayson Tatum’s monster dunk on LeBron from the 2018 Eastern Conference Finals