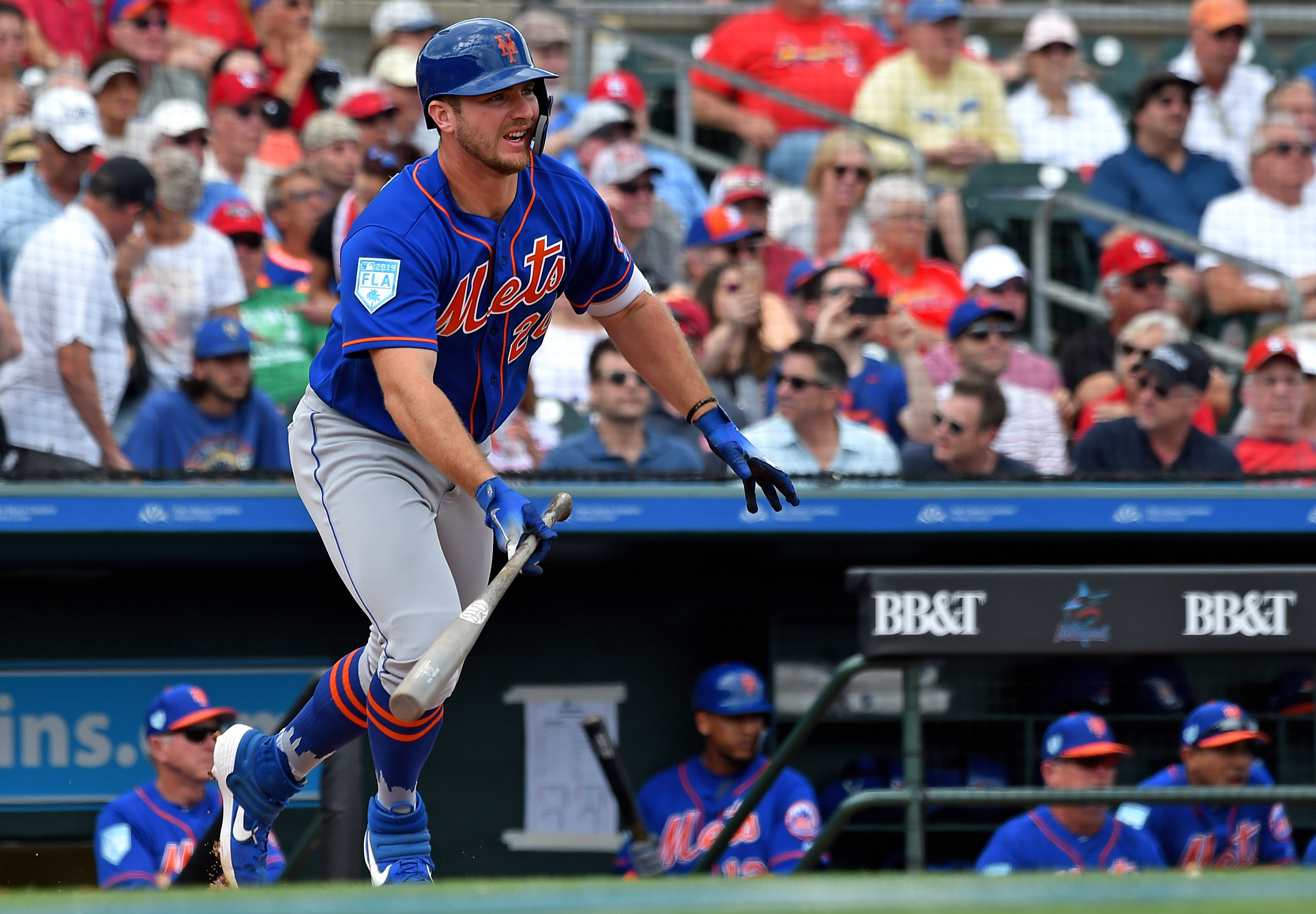 The New York Mets had an exhibition game yesterday, defeating the Boston Red Sox 10-2 in Fort Myers. While there were a lot of positives to take away from this game, the biggest continues to be the hot hitting from first baseman Pete Alonso. Alonso put on a show, going 2 for 4 on the day, including a monstrous home run that left JetBlue Park.

Pete Alonso, casually hitting one WAY out of the stadium. No big deal.pic.twitter.com/zQUzv6oSYY

After that performance, Alonso is now hitting .423 on the spring with more extra base hits (6) than singles (5). Alonso made quite an impression on Red Sox’ manager Alex Cora, who told reporters after the game that Alonso is “probably the best hitter in Florida right now”. The incredible thing about this hot stretch from Alonso is that it still might not be enough for him to make the roster.

That is because Alonso’s main competition at first base, Dominic Smith, is also on fire this spring. Smith is hitting .435 with a 1.109 OPS in spring training, and he is also a superior defender to Alonso at this point. If the battle stays close until Opening Day, the Mets could opt to take Smith north with them and let Alonso play everyday for AAA Syracuse. This would create the added benefit of gaining an extra year of service time for Alonso, delaying his free agency until after the 2025 season instead of 2024.