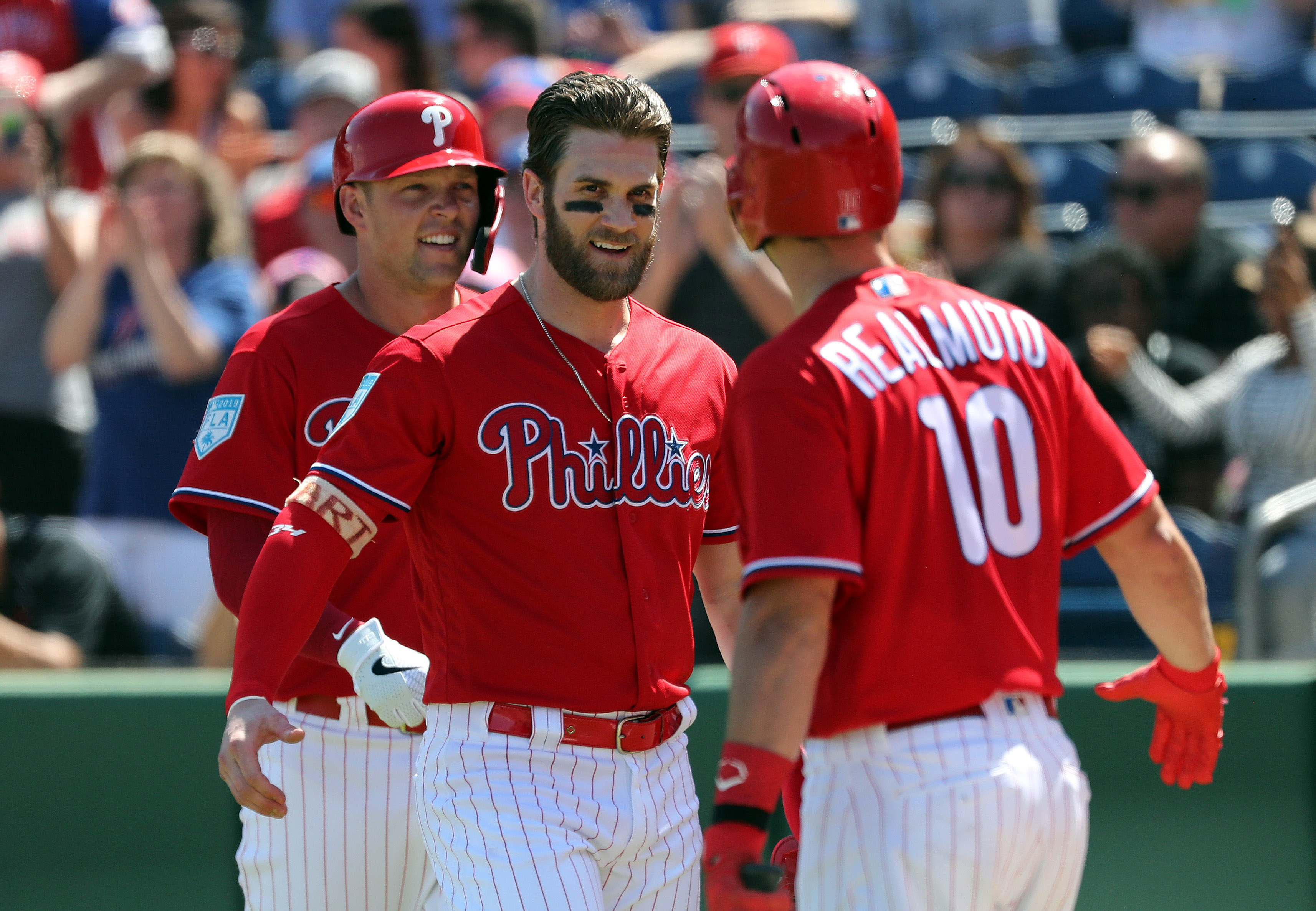 Although the MLB Hot Stove has made waves in the past couple weeks, this offseason was another slow one. Nolan Arenado‘s well-deserved payday was a welcome sight, but Manny Machado and Bryce Harper needing until the end of February to find new homes was frustrating to watch.

However, it’s fair to say the National League East did its best to keep things interesting. Outside of the Miami Marlins likely headed for another tough year, the division’s other four teams all made moves with the hope that it’ll land them in the postseason come October.

How active was this group of teams, though? A number of the major free-agent signings and acquisitions via trade would make a legit offense if put onto one squad:

How crazy has this offseason been for the NL East? You could build a top-5 offense using only players the teams have acquired this winter.

Building that lineup on a daily basis would be fun. According to FanGraphs’ Steamer projections, this group is currently projected to accumulate a combined fWAR of 22.6 in 2019. If we put that number up against last year’s team-by-team results, it’d rank 14th in baseball before even considering who was sitting on the bench.

This doesn’t take into account the pitching that’s landed in this division, either. Patrick Corbin would probably take the hill on Opening Day for this imaginary team, with David Robertson, Jeurys Familia, and Edwin Diaz (among others) taking care of the late innings.

Following a flurry of moves at the start of December, MLB.com’s Mike Petriello summarized it perfectly with the following gif:

And when news of Harper to the Philadelphia Phillies hit, he added another one:

It should be a lot of fun to watch the Phillies, Atlanta Braves, Washington Nationals, and New York Mets duke it out over the next six months. The Braves surprised many by winning their first division title since 2013 last year, but the competition certainly appears to be tougher this time around.

The NL East may not be the toughest division in baseball — the NL Central probably takes the crown there — but that doesn’t mean it won’t be super entertaining every single day.