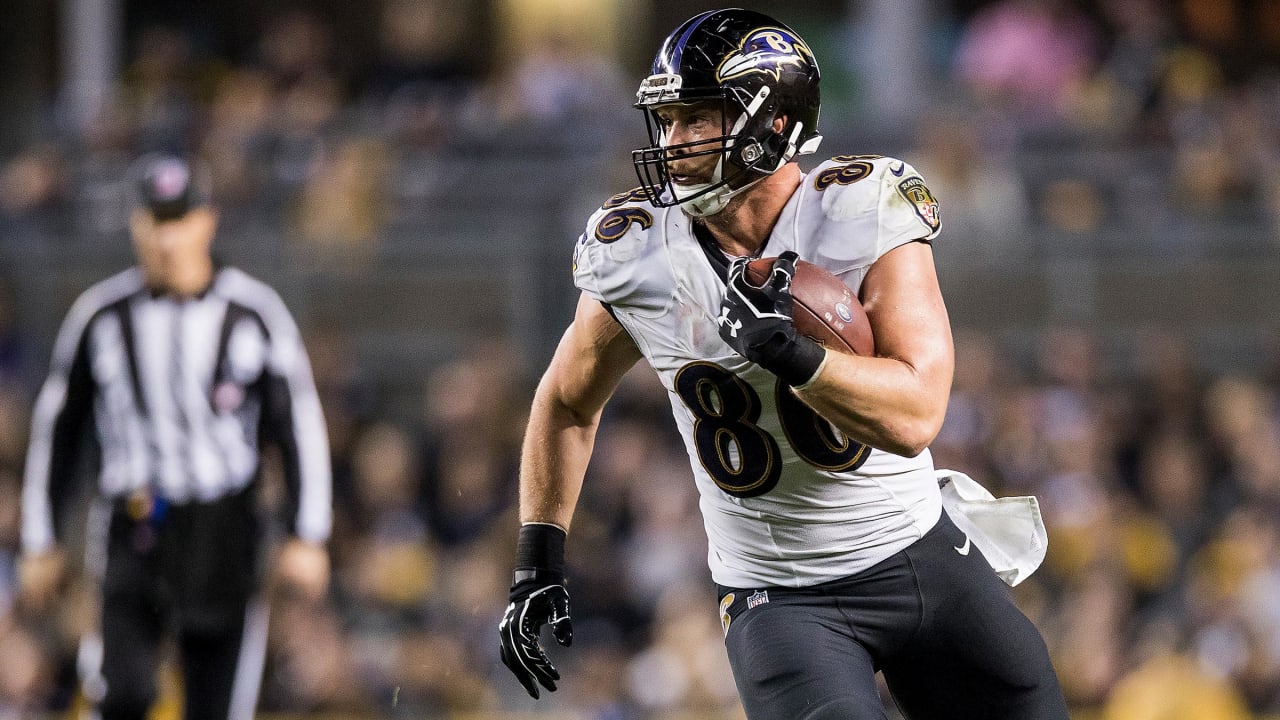 It’s a sign of the times in Baltimore’s new “Lamar Jackson era” of course, but a good blocking tight end in a 2-TE set can actually get paid receiving-tight-end money.

Just a few seasons ago Nick Boyle was deep in John Harbaugh’s doghouse. Why? Two failed PED tests got him suspended twice, and the future looked grim. To be sure, Boyle got himself together and is now considered a linchpin in the predominantly running read-option offense of the new post-Flacco Ravens.

According to ESPN’s Adam Schefter, the deal is for $18 million over the next three years ($8 million guaranteed). It’s a substantial commitment, and one the Ravens made because Boyle, 26, is suddenly a perfect fit.

“Nick is a huge piece of our offense going forward from the standpoint of how he plays, the tone he sets, the type of player he is,” HC Harbaugh said. “I would say he’s the best blocking tight end in the league. There’s no question in my mind about that.”

Harbaugh wasn’t alone in that assessment, as Schefter reported that “no less than 10 teams” were interested in Boyle and one other general manager also described him as the best blocking tight end in the league. That tidbit also suggests that a lot more teams are looking to shift to a read-option style offense in order to emphasize their running games.

Boyle is now being touted by Baltimore’s official media guys as a “perfect fit” for the Ravens’ offensive scheme with quarterback Lamar Jackson and new offensive coordinator Greg Roman, who was Boyle’s position coach the past two years. Under Roman’s direction, the Ravens have, and will continue to, use their tight ends heavily in a variety of blocking roles in the run game. Boyle moves all over the line of scrimmage and was on the field for 53.5 percent of the offensive snaps, per Pro Football Focus.

“The way we run our offense, the perimeter blocking, the perimeter route-running, the big target, all those things are a big part of it,” Harbaugh said. “I just think he’s a fit for us and our personality.”

The Ravens drafted the 6-foot-4, 270-pounder out of Delaware in the fifth round in 2015. They did so in large part because of his “Ravens-like” physicality. He’s a mauler, and he’s only become better at his craft since then. Boyle says his strong blocking stems from having a “want to” attitude.

“I think there are a lot of guys with the size, probably the strength, that can do it,” Boyle said. “But I think their mindset is what it is. To just to try to dominate someone across from you, that’s just kind of a ‘want to.’

He caught only 23 passes for 213 yards last season. He is still waiting for his first career touchdown.

“That’s a huge thing, like ‘Oh, paying this guy a lot, and he didn’t get a touchdown,'” Boyle said. “Whatever they want to say, they can say. It’s not hurting my feelings. But, I have a lot of pride in what I do.”

The Ravens already have two top-notch pass-catching tight ends in Hayden Hurst and Mark Andrews, who were first- and third-round picks last year. Retaining Boyle would help keep a tight-knit and complementary group together for at least a few more years.