The Best Free Agent Fits for the Packers at Guard 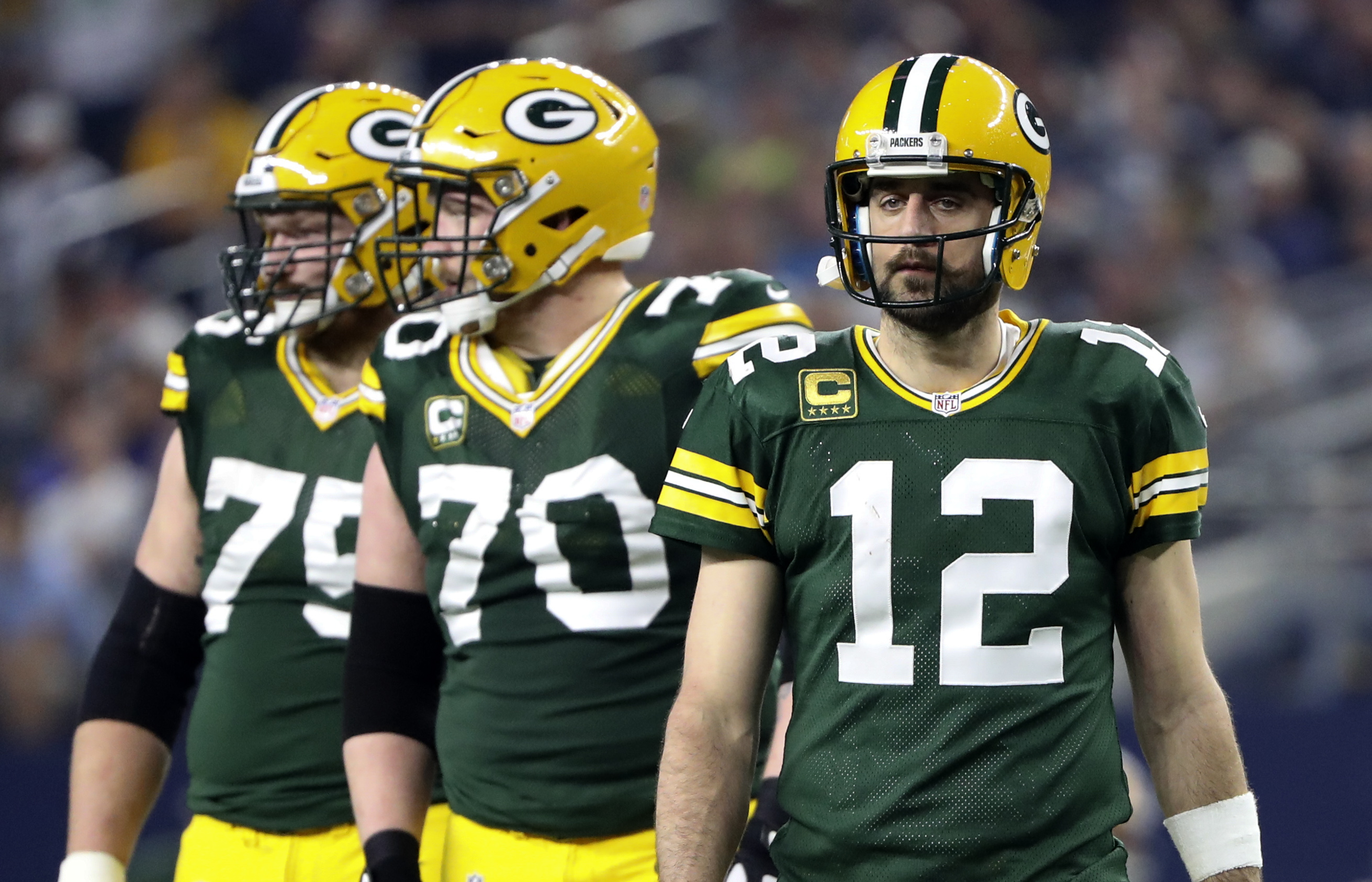 The Best Free Agent Fits for the Packers at Guard

The Green Bay Packers struggled at the guard position in 2018, most notably on the right side where three different players started games but none of them played consistently well. Look for GM Brian Gutekunst to actively seek out at least one veteran guard in free agency with a third-day draft pick also a strong likelihood.

The Packers are set at left guard where Lane Taylor is an established starter. On the right side, Lucas Patrick, Byron Bell and Justin McCray all started games. Bell is an unrestricted free agent and unlikely to be back. McCray is better suited for backup duty at this point in his career and Patrick is unproven as a starter. Adam Pankey and Alex Light were also on the roster at the close of the season and may compete for jobs in training camp.

Head coach Matt LaFleur has indicated he is looking for offensive linemen with more mobility to fit his new offensive scheme. Gutekunst will be trying to find players who fit this mold for LaFleur to plug into his offense.

Most NFL teams don’t break the bank on guards, but the Packers need to add at least one new starting-caliber player at this position before the new season starts. Gutekunst will be on the lookout for a reasonably-priced upgrade but unfortunately, this is not a deep or standout class of free agent guards.

Here is a look at the top players available in free agency at the guard position:

The biggest plus for Saffold is that he is experienced in the Rams offense where LaFleur served as offensive coordinator in 2017. He is the top-rated guard overall available in free agent market and would be a very good fit in Green Bay.

The Indiana alum was rated as the eighth best guard overall in 2018 by Pro Football Focus. His run blocking is top five and that coincides with the increased emphasis LaFleur wants to place on the running game.

Saffold is on the wrong side of 30 and has an injury history, but he should have a few good years as a quality starter and would represent a huge upgrade for the Packers at a need position. His price tag may be too high for the Packers, however.

The West Virginia alum has made a solid career for himself since joining the Titans as an undrafted free agent in 2015. He is still young and is familiar with LaFleur’s offense since the Packers head coach served as his offensive coordinator last season.

Spain has mostly played left guard although the Packers biggest need is on the right side. He has been a consistent starter for the Titans and would be an upgrade for Green Bay if he signs with the Packers.

Lang is a familiar face for Packers fans as he played in Green Bay from 2009-16. He is still a quality guard when he’s healthy, but Lang has had trouble staying on the field in recent seasons and there have been rumors he is contemplating retirement.

Lang played in the 2017 Pro Bowl, but in 2018, managed to start only six games at right guard for Detroit. He is a better pass blocker than run blocker.

His back injuries may limit his mobility on the field and his ability to stay on the field. He may be better suited to backup duty at this point in his career.

Brown also has experience in LaFleur’s offense having played with the Rams while the Packers new head coach was offensive coordinator. He also plays the right side which is the position where Green Bay needs the most help.

Brown is a very average lineman, however. The Giants picked him up on waivers in 2018 in an attempt to upgrade their feeble offensive line and while Brown started the final eight games of the season for them, he was hardly a standout.

At 6’4”, 340 pounds, Brown has very good size but may not have enough speed and mobility to be a good fit in Green Bay’s new offense.

Carpenter has been a durable and steady starter since being drafted in the first round by the Seahawks back in 2011. At 6’5”, 321 pounds, the Alabama alum has good size but isn’t as quick in space as the Packers desire.

Carpenter missed the final six weeks of the 2018 season with a shoulder injury. Before that he played in all 16 games for three straight seasons.

Carpenter has been on several winning teams, capturing an NCAA title with the Crimson Tide and winning a Super Bowl with Seattle.

Cann has been a steady four-year starter for Jacksonville at right guard. He has remained healthy throughout his career, starting at least 13 games each season. Cann lacks the mobility and speed to get to the second level consistently which may not make him a great fit in the new Green Bay offense. The South Carolina alum has also struggled with consistency at times.

At 33, injuries and age may be catching up to Levitre who has been a solid guard throughout his 10-year NFL career with the Bills, Titans and Falcons. Last season, he started only two games before being lost for the season with a torn triceps muscle. A similar injury shortened his 2017 season as well. The former Oregon State star has played left guard for most of his NFL career. He would be an upgrade for the Packers but a one or two-year stopgap option because of his age.

The big Samoan is a four-time Pro Bowl guard who was selected by the 49ers in the first round of the 2010 NFL Draft. He played in Super Bowl XLVII for San Francisco. Iupati knows the game and is a savvy veteran, but injuries have slowed him down in recent seasons. He played only 10 games last year before a back injury and a knee injury ultimately ended his year. A triceps injury limited him to one game in 2017. If he’s healthy, the Packers may be able to squeeze another year or two out of him. Iupati could also make for an experienced backup and insurance policy if the price is right.

Fluker is a big guard who has played for the Chargers, Giants and Seahawks since joining the NFL in 2013. He has started only 15 games combined over the past two seasons due to an assortment of injuries. Fluker has played both right guard and right tackle over his NFL career. Quickness and mobility are not his biggest strengths, making him a questionable fit in the Packers new system. The former Alabama star was a first-round pick of the Chargers who has been a good but not great starter throughout his career.

The Floor Seat 53m ago