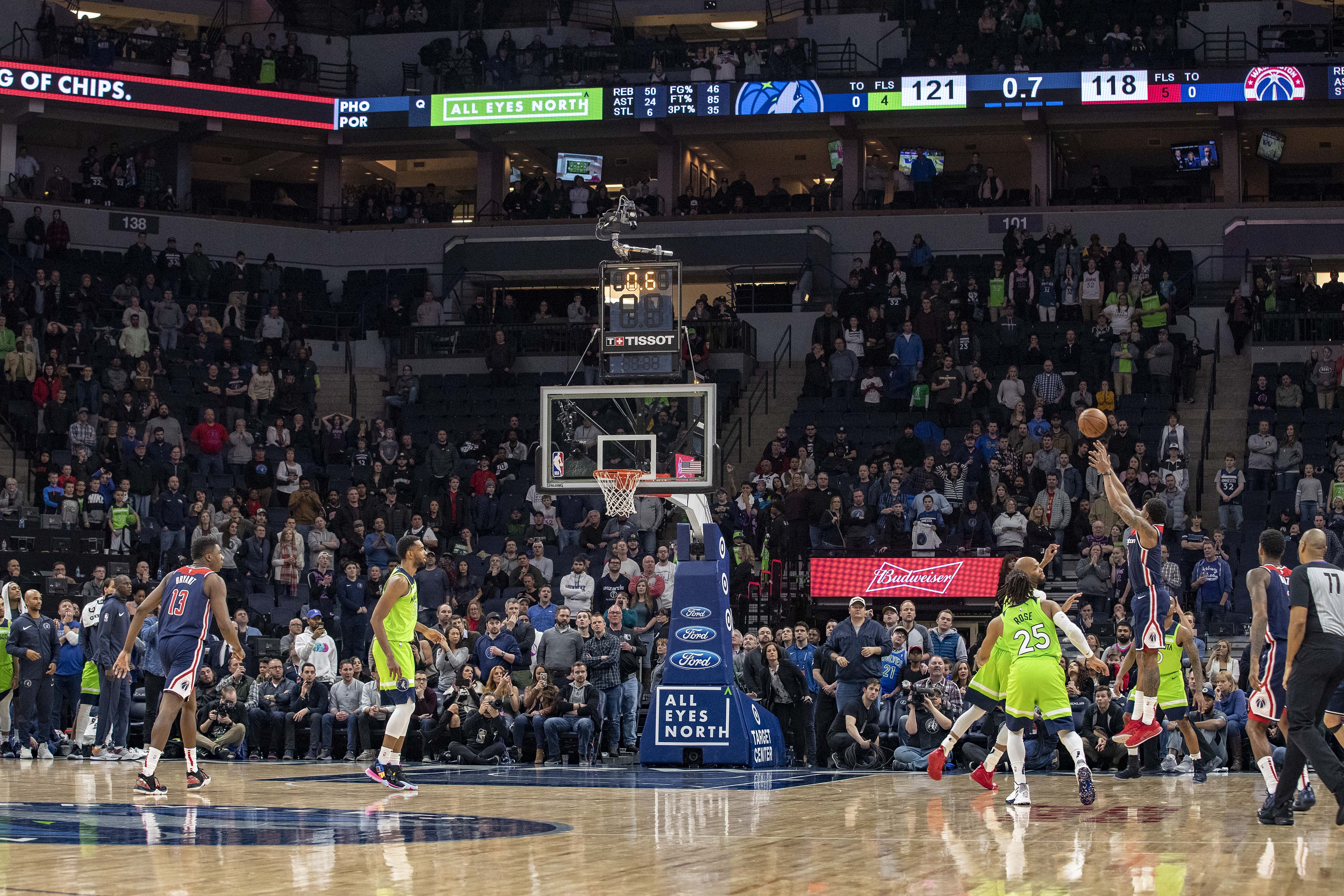 Bradley Beal impressed on Saturday night in Minnesota in front of his former coaches, Randy Wittman and Ryan Saunders. With the Washington Wizards down three with 1.8 seconds left in regulation, the All-Star shooting guard received the inbounds pass and drained a step-back from beyond the arc to send the game to overtime. As great as the shot was as well as his team-high 36 points, it should have never come down to Beal’s shot in the first place.

The Wizards had as much as a 15-point lead but ultimately faltered in overtime, 135-130. This was a game they needed badly if they wanted to accomplish their publically stated goal of making the playoffs. After coming up short in Charlotte on Friday, the Wizards were hoping their success on the second-half of back-to-backs would be in their favor again. They entered Saturday’s game with an 8-3 record on the back part of back-to-backs compared to 2-10 on the first night.

The Wizards continue to chase three teams for the eighth and final playoff seed in the Eastern Conference. Their loss drops them 4.5 games behind the Miami Heat, 3.5 behind the Orlando Magic, and 3 behind the Charlotte Hornets, whom they just lost to.

Last night, the Wizards came up short in Charlotte in a game they desperately needed to win for tiebreaker situations. Part of the reason why they lost was due to this non-call for what took place below the basket in the final seconds. As Bradley Beal was going for the floater to win the game, Bobby Portis was parked under the basket. One of the newest Wizards brought in before the trade deadline was poised to make the game-winning tip or layup for his new squad. Hornets power forward Marvin Williams held Portis’ left arm but no foul was called.

Wizards clearly lost a heart breaker. Bradley Beal missed his 17th FGA, Bobby Portis did not get a foul call, Thomas Bryant was pissed on the bench, Jeff Green questioned the official, Toney Brown/Ryan Richman were bummed. Marvin Williams evidently was told he could do no wrong. pic.twitter.com/yxlAsbRnZ4

With a chip on his shoulder, Portis was poised for a big revenge game. He got off to a nice start in the first quarter with 15 points on 6-of-9 shooting. He also hit a couple shots in the third while being swapped in and out with Jabari Parker in a nine-man rotation. Portis played 31 minutes, the fewest of the starting five, and finished his night with 21 points, 9-of-18 shooting, 3-of-6 from three, 12 rebounds including nine defensively as well as a +3 differential.

KAT and the D-Rose Resurgence

Karl-Anthony Towns led all scorers with 40 points. He had a tremendous first half with 26 points on 10-of-16 shooting, including 2-of-3 from beyond the arc. He made some key shots in the third quarter as the Timberwolves overcame an 11-point halftime deficit. The All-NBA big left the game late in regulation with a knee injury.

The T-Wolves used a 10-man rotation including the former Bulls top draft pick, Derrick Rose. The rookie of the year in 2011 has had a roller coaster of an NBA career. He’s found a home in the Lake of Lakes. Rose and Towns led the T-Wolves comeback, the former with 29 points on 13-of-23 shooting in 30 minutes of action with a +10 differential.

The Wizards shot 53 percent from the field in the first three quarters and led by as many as 15, but they let the Timberwolves comeback with the charge led from KAT and D-Rose. Late in the game Bradley Beal tied it at the buzzer. A clutch shot we hadn’t seen from him since his three to beat the Spurs early in the 2015-16 season.

The Wizards got an even bigger break with Towns out for the remainder of the game but they couldn’t take advantage. They were beat by guys like Taj Gibson and Anthony Tolliver. Washington also could not hit their shots and they lost the rebounding battle 56-50.

Next Game: The Wizards are back home on Monday night at Capital One Arena where they’ll take on the Sacramento Kings. Tipoff is at 7 p.m.