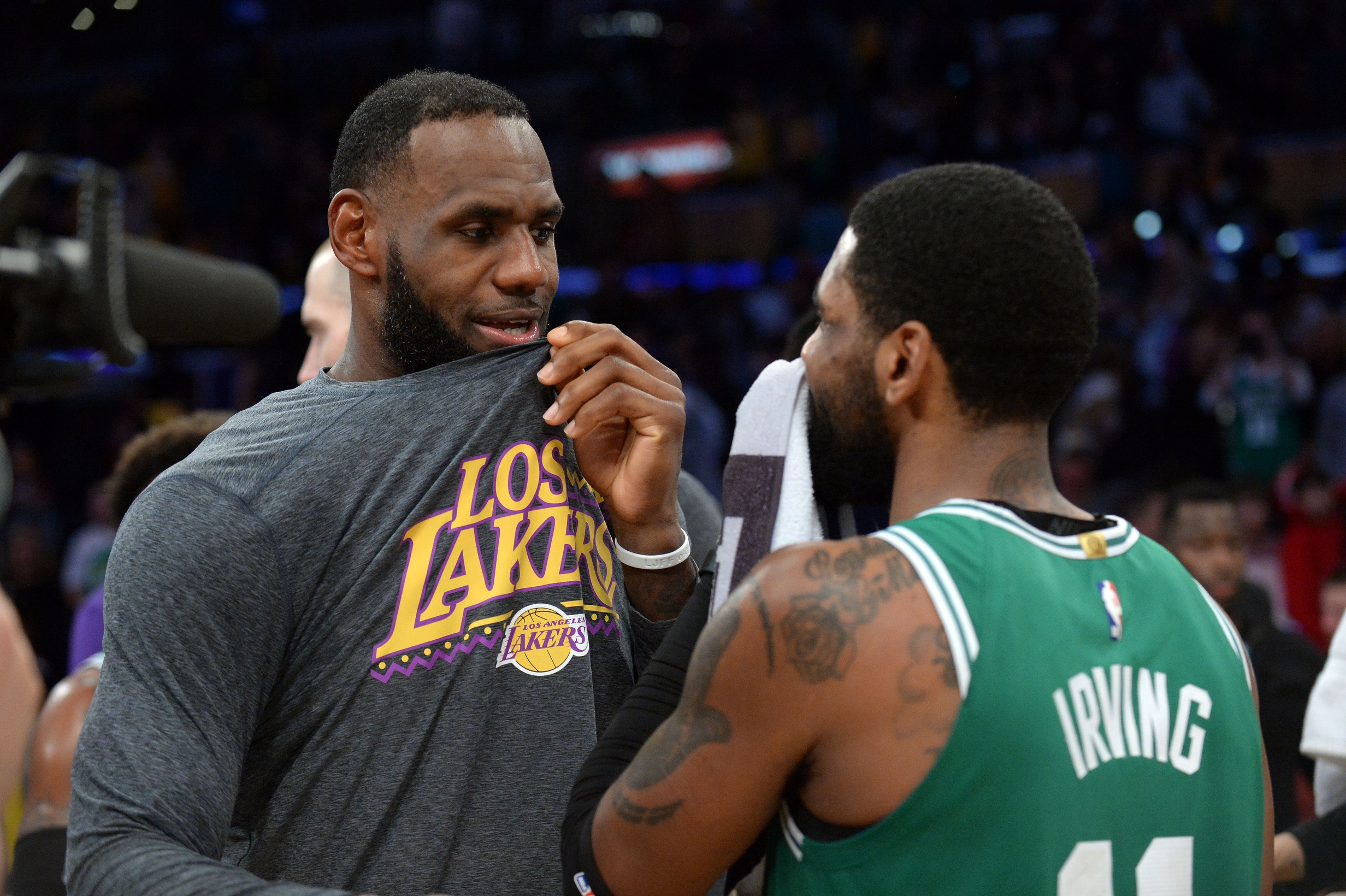 Irving had 30 points on 12-of-18 shooting, along with 7 rebounds and 5 assists. Marcus Morris added 16 points and 7 rebounds. The Celtics shot 51.6 percent from the field.

James had 30 points, 12 assists and 10 rebounds despite having his playing time limited. Irving asked to be traded from Cleveland two seasons ago in large part because he had grown tired of playing in James’s shadow. The two have mended fences a bit this season, though, and after Saturday’s game Irving said he knew it must not be easy for his former teammate to have a season unfold like this.

The most important aspect of last night’s game vs the Lakers was the victory. Even with the Lakers in tank mode, I’m still not comfortable assuming wins for this team. I also think the media is going a bit overboard with this magical flight stuff.

The whipped cream on this win was Kyrie Irving’s dazzling array of highlights:

Kyrie Irving is a goddamn treasure to watch. pic.twitter.com/HvWh6Vgrhm

The cherry was the LeBron sympathy Kyrie dished to the media. I mean, the comments are sincere and well-intentioned, but damn if they don’t read like some old-man sympathy.

I realize the Celtics season has been a disappointment, but there’s still time for some redemption in the playoffs (although I’m highly skeptical of anything outside a 1st round series victory). I will always, ALWAYS find joy in Lakers misery. A lot of experts had them in the top 4 in the West. Now they’re vying for top-4 in the lottery.

On Page 2, youth sports for the win!

This is my son's friend – 10 yr old Joey – nailing a 50 footer at the buzzer of the Nashua, NH jr biddy all star game. And on his birthday to boot! What a moment!! pic.twitter.com/0mZSxpMfAf

For the past four months, I’ve spent 4 days a week shuttling my kid all over town and the Merrimack Valley. But it’s moments like this that make it all worth it. Look at the joy in those boys!