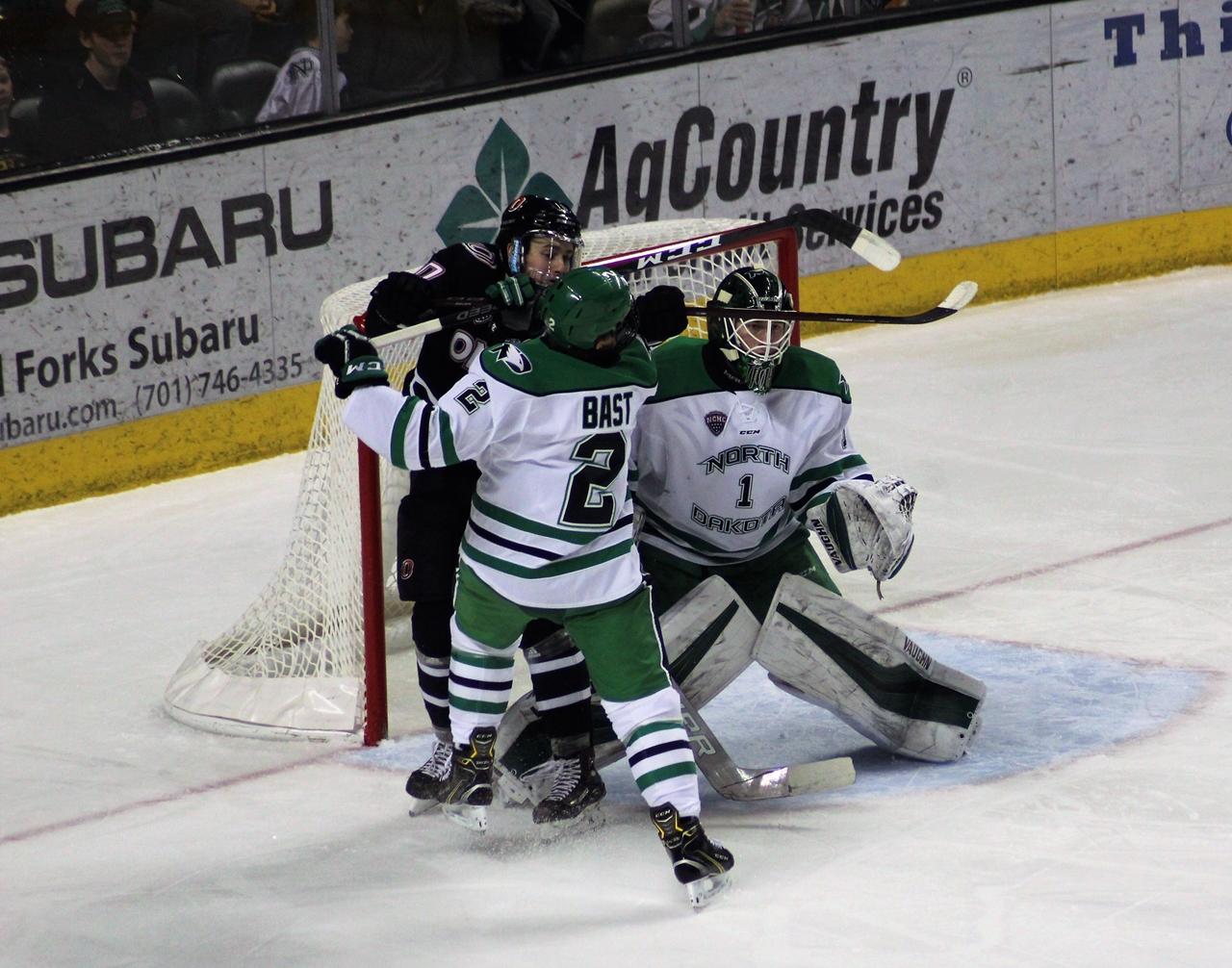 When the final horn sounded those five seniors had played their final game at Ralph Engelstad Arena. From here on out, there will be no more home games for the class of 2019.

There’s no time like the present. The Fighting Hawks need wins or their season is over. You can’t get anymore cut and dried than that.

On Saturday night, to honor the senior class, UND head coach Brad Berry put all of the seniors on the ice for the game’s opening faceoff. Thirty-seven seconds later, senior Nick Jones scored the game’s first goal. It didn’t take long for the Jones, Gardner, and Jackson Keane line to develop some chemistry. After their opening shift, the coaching staff kept that line together until the overtime period when sophomore forward Jodan Kawaguchi replaced Keane.

“It was one of those things where, initially we were going to roll four lines, and they were each on a different line,” Berry said. “Rhett, he had a lot of pace tonight. I think he was feeling it from last night. Jonesy knew it was the last game here, and Jackson Keane brings a lot of speed to that line. So, they had chemistry together.”

Grand Forks Herald hockey beat writer Brad Schlossman had an interesting tidbit in his Saturday morning blog post. UND has scored in the opening four minutes in 6 of the last 18 games (a third of them). The Fighting Hawks are 6-0 in those games. After Saturday’s quick start, you can make that 7-0.

With the series sweep, against the Mavericks (2-1 W, 5-4 OT W) UND now has four sweeps on the season. That surpasses last season’s sweep total of three.