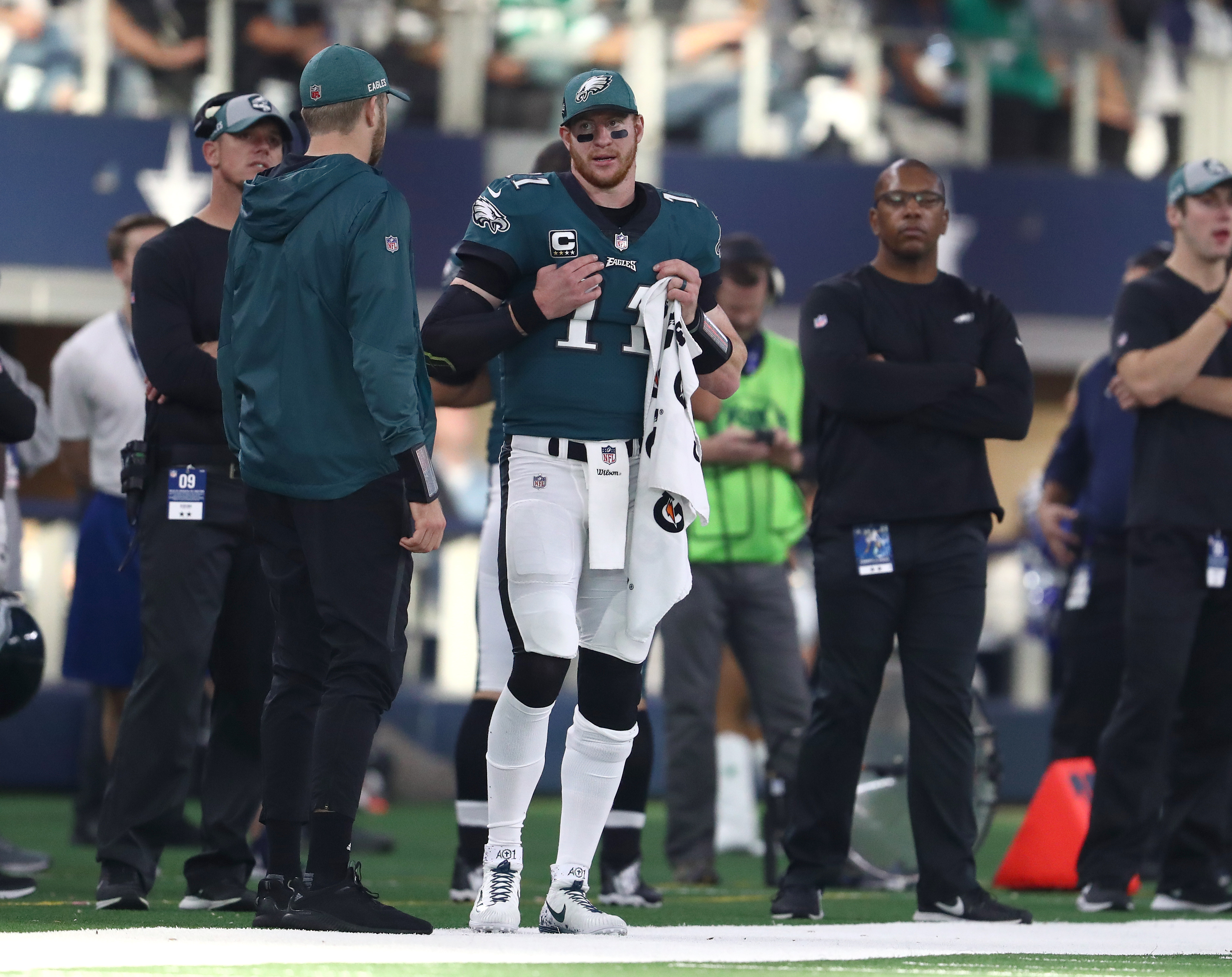 DeSean Jackson is headed back to the Eagles, where he started his career, and quarterback Carson Wentz appears pretty happy about it.

Jackson was drafted by the Eagles, and played for the team from 2008-13, before departing for the division rival Redskins. He was then shipped to Tampa Bay, but it never really worked out there, as Jameis Winston just didn’t target him much at all. Ryan Fitzpatrick, on the other hand, made sweet magic with Jackson, and the two really thrived off each other, but Jackson was rendered invisible with Winston under center, and he’s the team’s quarterback for at least the 2019 season.

As such, it made sense that the Bucs elected to trade Jackson back to the Eagles on Monday. D-Jack even stated that Philly was his preferred trade destination, and bid farewell to the Bucs on Instagram, so it appears he got his wish.

Wentz reacted to the trade with this funny tweet.

I’ll just stand here and throw it as far as I can, you go ahead and just RUN…. how’s that sound @DeSeanJackson11 ??? 😎

Welcome back to Philly my man!

It appears Wentz is happy to have a vertical threat to throw to, an important asset the team lacked last season.