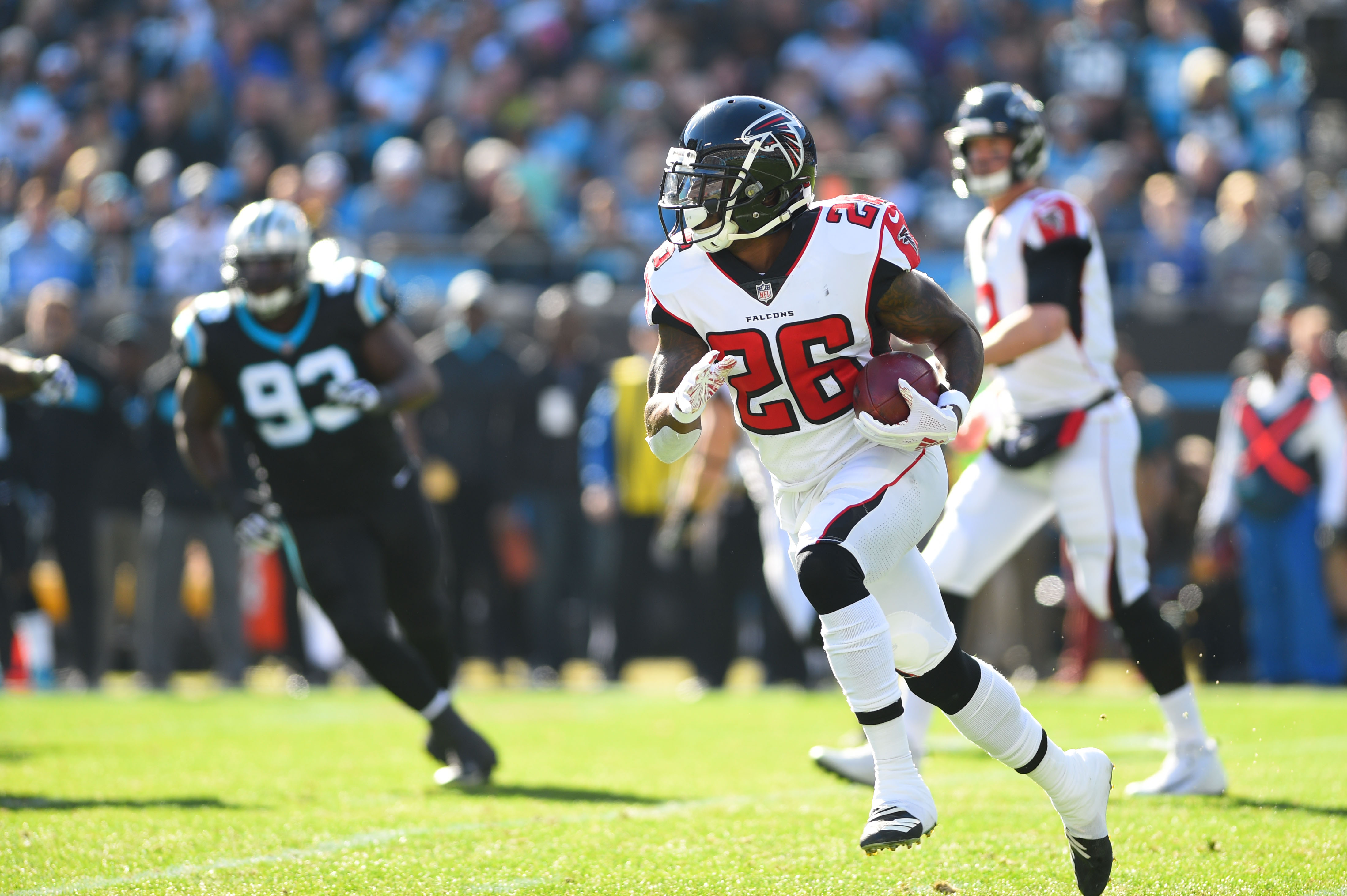 While the new league year has yet to kick off in the NFL, the Philadelphia Eagles were pretty active over the last couple of weeks.

However, despite these moves, do not expect the Eagles, who have a projected $30 million in cap space to sit idle when free agency begins on Wednesday at 4:00 p.m. ET.

Speaking of free agency, one of the positions that the Eagles will be looking to upgrade is running back.

Throughout the early portions of this offseason, we’ve heard that the Eagles reportedly met with former Iowa State back David Montgomery at the NFL scouting combine and were interested in trading for Duke Johnson Jr. of the Cleveland Browns.

While Montgomery would be a nice addition for the Eagles in next month’s NFL Draft, the team has their eyes on a free agent running back not named Le’Veon Bell.

Last week, Mike Garafolo of the NFL Network mentioned on 97.5 The Fanatic that the Eagles are players for Tevin Coleman.

He also added that Coleman’s next contract could be north of $7 million per year.

Outside of Bell, the former Atlanta Falcons running back is the second-best option out of the backfield in this year’s free agency class.

This past season with Atlanta, Coleman had a breakout year as their lead back. The 25-year-old racked up a career-high 800 rushing yards on 167 carries and four touchdowns.

In addition to what he can do on the ground, Coleman is also a threat in the receiving game. The 6-foot-1, 210-pound back had 32 receptions on 44 targets for 276 yards and five touchdowns.

That being said, he would be a perfect fit for the Eagles’ running back by committee system.

However, the New York Jets, who have a lot of more cap space than the Eagles, could offer him a contract north of $7 million per year easily.

Nevertheless, if Philadelphia cannot land Coleman in free agency, they will try to retain a few of their players from last year’s team.

One of those players is cornerback Ronald Darby, who suffered a season-ending knee injury in Week 10 against the Dallas Cowboys.

Before getting injured, Darby was looked at one of the top cornerbacks on the open market. According to Spotrac.com, the 25-year-old’s calculated market value is a five-year deal worth $54 million with an average annual salary of $10.8 million.

If this is the case, then the Eagles will more than likely let the former Florida State cornerback go.

However, Darby told Ian Rapoport on The Rapsheet and Friends podcast that Philadelphia is interested in bringing him back.

“Eagles really want me to stay where I’m at so, me and my agent, we’re just planning everything out,” he said (h/t Zach Rosenblatt of NJ.com).

“I love it here. It’s one of the best sports cities in the whole United States. I won a Super Bowl here, which has never been done … there’s a lot of talent on this team. It would be blessing to be able to stay here, but at the end of the day, you gotta do what’s right.”

Over the last two seasons, Darby has been the Eagles’ best cornerback when healthy. But as they say, you cannot make the club in the tub.

When Darby went down along with Jalen Mills, Philly used the combination of Rasul Douglas, Avonte Maddox, and Cre’Von LeBlanc at cornerback. All three guys stepped up and proved that they deserve a shot to start next season.

Therefore, if the Eagles and Darby cannot come to terms on a new deal, expect them to run with the same group of guys from last season.