How Indians' Outfield could Shake Out 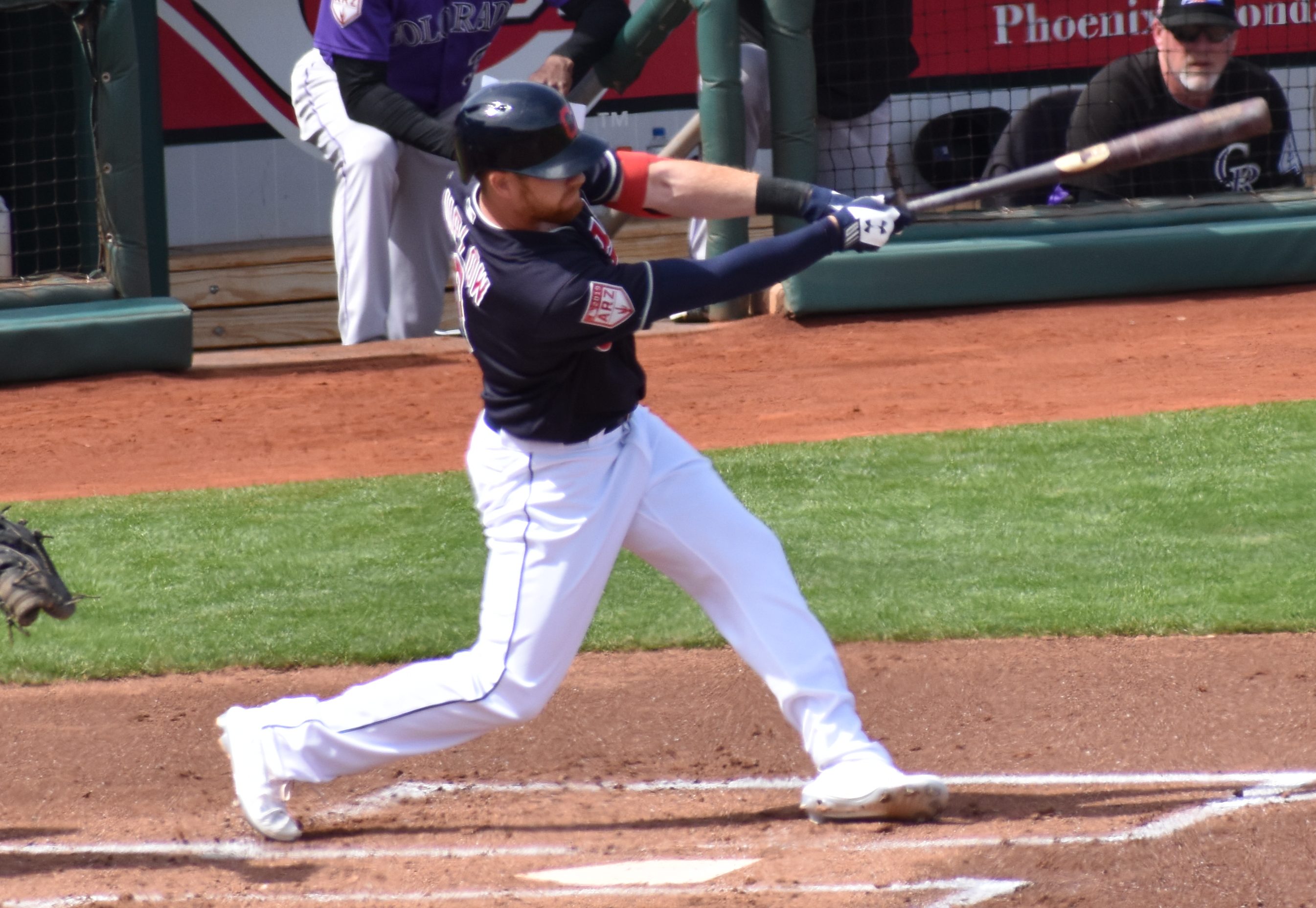 How Indians' Outfield could Shake Out

One of the biggest question marks for the Indians heading into spring training was who would roam the outfield for the team in 2019. All three spots are up for grabs with the departure of several free agent outfielders and injuries to others. About halfway through March, we are starting to see how things could shake out for Opening Day and beyond.

By failing to sign any veteran outfielders this off-season, the Tribe will undoubtedly have to take a leap of faith and rely on some unproven players to start the season. The outfielders competing for jobs in spring training likely won’t knock anyone’s socks off with their offensive numbers, but with a little bit of luck and good health, the team has a chance to field an athletic defensive outfield with respectable offensive numbers.

Leonys Martin will likely be the Indians’ center fielder. Martin is fully healthy and having a great spring, after recovering from a life threatening bacterial infection last year that ended his season after only six games with the Tribe. Martin is an elite fielder and puts up respectable offensive numbers against right-handed pitching. His early spring performance has been outstanding, hitting .409 with 2 HR and 3 RBI. Martin is playing like a person grateful for good health and a new season in the sun, and the only real question is who might spell him against left-handed starters. Greg Allen is a switch-hitting option, but his services may be needed in left or right field, as most of the outfield candidates are left-handed hitters who don’t hit lefties well.

One guy to keep an eye on is Oscar Mercado. The Indians acquired the right-handed center fielder in a trade with the Cardinals last summer, and he’s having a very impressive spring training. He’s hitting .375 with 2 HR and 5 RBI. Last season, between the Cardinals and Indians’ AAA affiliates, Mercado hit .278 with 8 HR and 47 RBI. Further, the Cardinals rated him the best defensive outfielder in their system in 2017. If the Tribe decides to platoon him with Martin vs. lefties, Mercado should not be much, if any, of a downgrade defensively. Mercado also stole 39 bases in AAA last season, so if he can get on base for the Tribe, he could wreak havoc on the base paths.

As for right field, this should be the year Tyler Naquin shows if he can be an everyday player. It was only 2016 when Naquin hit .296/.514/.886, with 14 HR and 43 RBI on his way to being named an AL Rookie of the Year finalist (he finished third). Naquin was injured for most of 2017, and only played 61 games in 2018 before a hip surgery ended his season. Naquin will be 28 years old in April, and he has a clear path to the right field job if he can stay healthy and show Terry Francona enough to be trusted against left-handed pitching. Naquin’s strong arm plays well defensively in right field, and he should reap the benefits of playing next to an elite center fielder such as Martin. Naquin hasn’t hit much in spring training (.130 and 1 HR in 23 at-bats), but if he can stay healthy he should be in right field on Opening Day.

Bauers mans first base for the Indians during 2019 spring training at Goodyear Ballpark. – Joseph Coblitz, BurningRiverBaseball

That leaves left field, which was vacated by All-Star Michael Brantley over the off-season. At this point in spring training, my bet is on Jake Bauers to win the job, at least against right-handed pitching. The signing of DH Hanley Ramirez has resulted in Bauers getting more playing time in left field, with Carlos Santana manning first base. The 23-year old Bauers is a good defensive first baseman, who seems up to the challenge of manning left field. Bauers was one of the Tampa Bay Rays’ top prospects before being traded to the Tribe this off-season. Last year, Bauers started his rookie season off strong, hitting .252 with 5 HR before the All-Star break, but he hit a wall in the second half, hitting only .167 with 6 HR. The Indians are counting on his bat to produce in the lineup against right-handed pitching. The switch-hitting Allen could therefore man left field against lefties.

Allen, who hit .310 after the All-Star break last season, can play all three outfield positions and has received playing time at each during spring training. He could be used as a sort of “super fourth outfielder,” able to spell the left-handed hitting Bauers, Martin, or Naquin. Allen is also a speedy player who plays good defense and can steal bases and score runs.

The other right-handed hitting outfield possibility is Jordan Luplow, who the Indians acquired from the Pirates over the off-season. Luplow has not hit much this spring (.105 with 0 HR in 19 at-bats), and will probably start the season in AAA unless Francona is desperate for another right-handed bat to fill out the outfield. Luplow is a career .277 hitter in the minors, but he’s yet to show such promise at the major league level, sporting a .194 average in 64 major league games.

One other outfielder of note is veteran Matt Joyce, who The Tribe invited to spring training on a minor league deal. He is a left-handed hitter who is hitting .100 in 20 at-bats this spring. Right now he does not appear likely to make the roster, unless the Indians’ over-reliance on veteran players rears its ugly head when it comes time to make cuts.

If the Indians head into Opening Day with an outfield of Bauers-Martin-Naquin against righties, and Allen-Mercado-Naquin against lefties, they have a chance to play some really good defense behind a pitching staff that will keep the team competitive. These five outfielders also have a chance to steal bases and score runs, if they hit enough to get on base. Martin, Mercado, and Allen could serve as valuable table setters for middle of the order bats, and here’s hoping Bauers and Naquin hit enough to lengthen the line-up behind Francisco Lindor, Jose Ramirez, and Carlos Santana.

Hope springs eternal for baseball fans during spring training, but it is not irrational to believe that the athletic mix of Bauers, Naquin, Martin, Allen, and Mercado could be enough to keep the Tribe competitive in 2019.