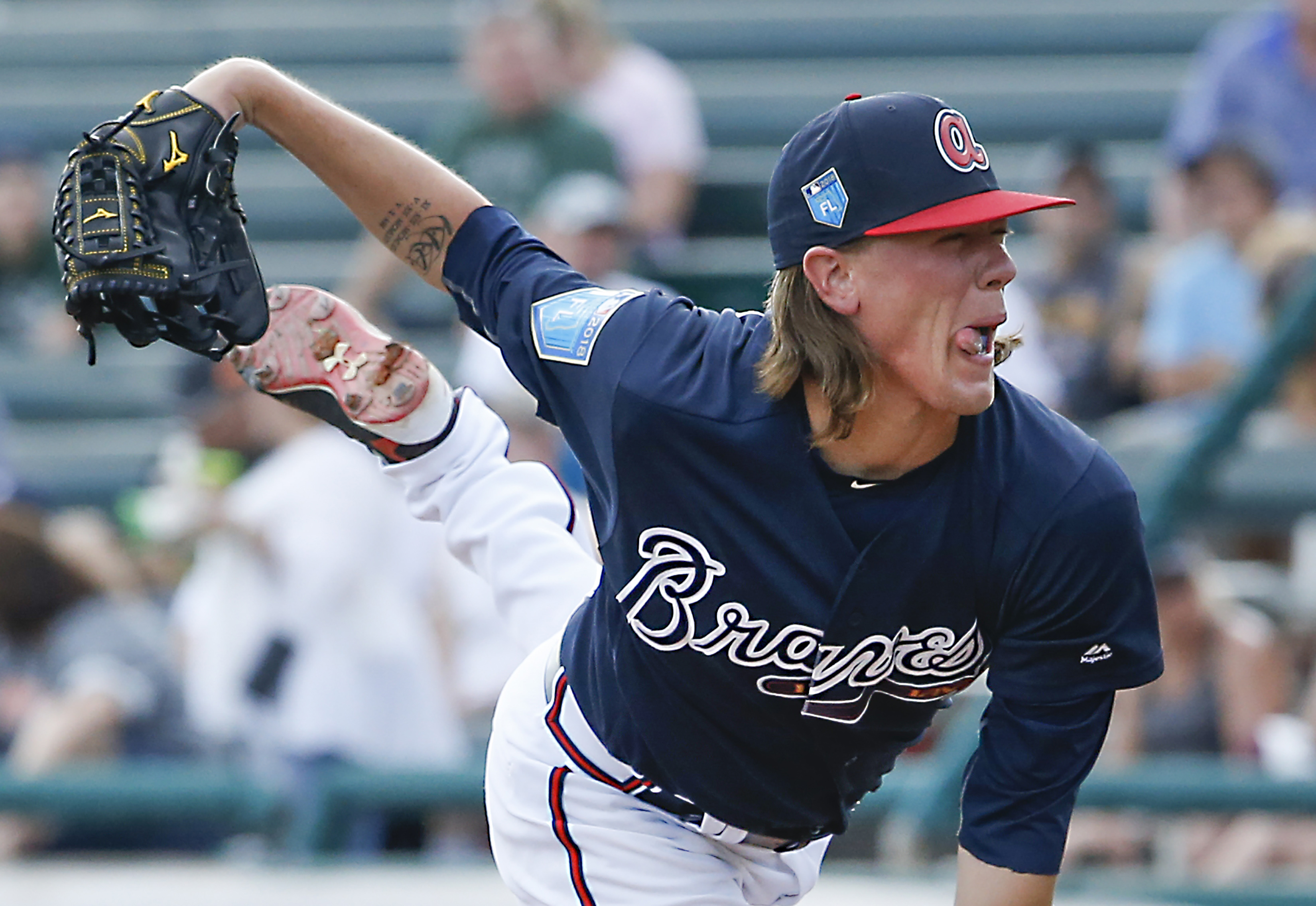 The Braves have had many pitching prospects reach new levels of effectiveness and excite the fan-base. And then…there’s Kolby Allard. The lefty was once one of the top prospects in the 2015 draft before back issues dropped him in the rankings, allowing the Braves to “steal” him at #14. Now, less than four years later, he looks like a listless prospect. Worse, he’s just not all that interesting.

Sunday eliminated any remote hope he had of breaking camp with the team. Entering with scored tied at one in the fifth inning, Allard faced six batters. He struck out one, walked another, got a flyball out, and gave up three hits including a game-deciding Grand Slam to Peter O’Brien. Allard was ranked #13 in our recent Top 50 Preseason Prospects. Thomas Burrows (#26) began a string of ten straight set down to end the game with Tucker Davidson (#27), Jacob Webb (#23), and Wes Parsons following Burrows who finally ended the fifth inning by inducing a grounder.

Julio Teheran opened and allowed what is becoming his customary run in the first. He was great after the first, going four innings total and allowing three hits, the one run, a walk, and striking out six. The Braves managed six hits of their own, including two by Cristian Pache (#6), who picked up the second ribbie and now has a spring OPS of 1.427. As expected, Austin Riley (#5) started at first and had an okay day in the field. Adam Duvall and Ozzie Albies each had singles with Duvall driving in the first run while Albies swiped his first face.

When Nick Markakis came back to the Braves for at least $6 million on one-year deal with an option for 2020, it was revealed that he took less to come to Atlanta. He may have not been alone. Also accepting less was Brian McCann, who told The Athletic’s David O’Brien that he had a more lucrative contract form the Chicago Cubs.

The Cubs ultimately stuck with former Braves farmhand Victor Caratini as their expected backup for Willson Contreras and how much more the Cubs may have offered is questionable as they have not spent much this winter. But it’s a good sign that McCann wanted to come back to Atlanta even though he knew he’s have to share time with Tyler Flowers behind the plate. His effect on the young pitching staff, along with young backstops like William Contreras (#9) and Alex Jackson (#20), could be huge.

As I mentioned before, Webb was part of the crew that cleaned up after Allard’s woeful outing. Webb only faced one batter, though, before getting tagged on a comebacker in the left forearm/wrist area. Webb was one of the long-shots to make the pen after an ERA around 3.15 with Mississippi and Gwinnett last year. He secured 18 saves as well with well over a strikeout an inning. But with so many options in the mix, Webb had to be perfect to stand out. His injury is labeled as day-to-day for now.

Planning on visiting Myrtle Beach at the beginning of June or live near the area? Check out Pelicans Ballpark where the former Braves affiliate will have their second annual Braves Weekend. Last year, the event attracted Steve Avery and Andruw Jones despite the fact that Jones, unlike Avery, never played in Myrtle Beach. The event also included a bobblehead night of former Pelicans basher, Freddie Freeman.

This year, Brian Jordan will be the big-ticket attraction for autographs and a meet-and-greet on June 1. Like Jones, Jordan never played in Myrtle Beach, which makes it a little odd that the Pelicans are bringing in guys to recognize their time as a Braves affiliate who didn’t actually play with them during that era. Even Avery only pitched seven games with them back in 2000 in a comeback bid.

The Pelicans were a Braves affiliate from 1999, their inaugural year, through 2010 and remain a member of the Carolina League. The Braves themselves were in the Carolina League from 1980 through 2016 until moving their High-A team to Florida. For us in the mid-Atlantic states, that was a sad moment.

-The Braves manager, Brian Snitker, was not in the house on Sunday. As he tended to a “family matter” according to Kevin McAlpin, Walt Weiss was given the reigns.

-The Braves are back in action today with the Pirates coming to Champion Field at 1:05 EDT. Righty Kyle Wright (#4) gets the ball looking to keep his hope alive of joining the squad when the season. In his first two starts, Wright went five scoreless with zero walks and 6’s.