200 Wins Are Just The Beginning For Kyle Busch 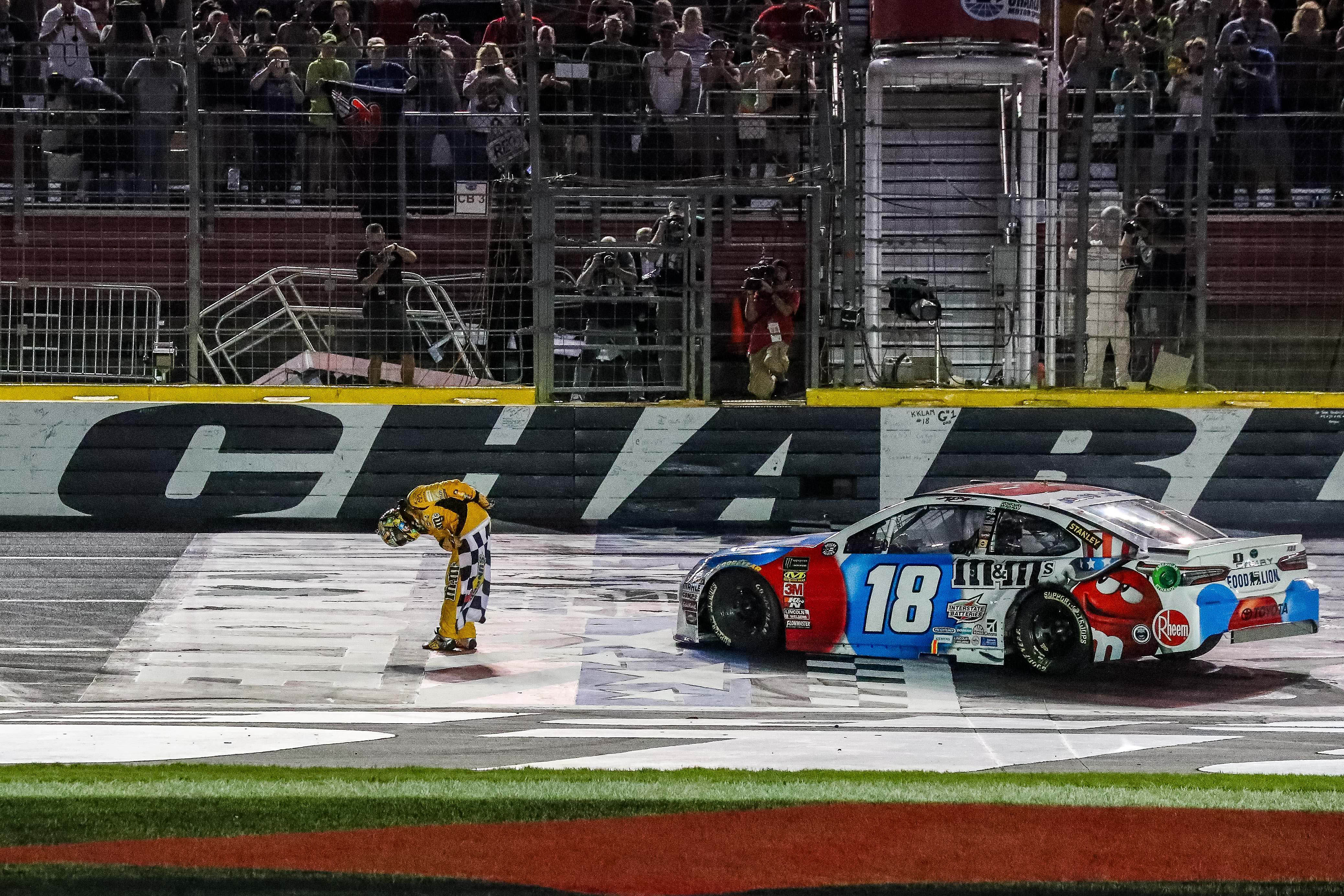 200 Wins Are Just The Beginning For Kyle Busch

NASCAR driver Kyle Busch is on the verge of 200 wins, but for him that’s just the tip of the iceberg.

It could happen this weekend, it might happen next, it should happen before the calendar turns to April. Kyle Busch currently sits on 199 NASCAR wins and his next will be historic No. 200. Busch’s 200th win will thrust him into the rarified air that only Richard Petty knows. It will also further push the debate as to which numbers are more impressive. While 200 wins are nice, it truly is just the beginning for the driver of the No. 18 machine.

Busch is currently in his age-34 season. Up to this point he has amassed 199 wins (52 in Cup, 94 in Xfinity and 53 in Truck) and two championships (one in Cup and one in Xfinity). While it’s impossible to know what the future holds, it’s reasonable to make predictions based on trends and stats. Let’s assume that Busch races into his age-43 season (Tony Stewart raced until 45, Jeff Gordon raced until 43 and Jimmie Johnson is in his age-43 season now). Over the last 11 Cup Series seasons, Busch has won at least three races a season on nine different occasions, he has won at least four races on eight different occasions. With those numbers in mind, let’s pencil Busch in to win two more races in 2019 and three races a season through his age-40 season. Predicting Xfinity and Truck are a little harder in that there might come a point where he stops running in those series as he gets older. Assuming he doesn’t; let’s give him one more win in each series for each year between now and the end of his age-40 season.

Should those projections hold true, Busch will have some incredible stats entering his age-41 season in the NASCAR Cup Series.

Keep in mind that those projected stats are likely on the lower side. In the Cup Series, the last time Busch won less than four races in a season was 2014 and last season he won eight. Plus, he has already won four times (combined) in the other two series this season, and suggesting he will only win two more races (combined) seems low indeed.

Don’t forget that so far this conversation has only been about winning races, and not about winning championships. Busch won the Cup Series title back in 2015 and has finished top-four in the standings in each of the last three seasons. Even with his wins and consistency, it’s plausible that Busch won’t win another title. After all, he has had the chance each of the last three seasons and hasn’t been able to close the deal. The odds however suggest that if Busch continues at this rate, he is likely to win at least one more title, so let’s give that to him.

10 years from now it is more than a real possibility for Busch to be a two-time NASCAR Cup Series champion with 80 wins in the Cup Series and 250 wins in NASCAR all together. At that point would it be fair to clump Busch in with the greatest drivers to ever compete in the sport? What if Busch wins a few titles over the next 10 seasons and his final stat line includes four championships and 85 Cup Series wins? If you don’t think that’s a possibility then you’re nothing more than naïve at best.

NASCAR fans might not realize it but they have been pretty spoiled over the last 15 years. Jimmie Johnson winning seven titles in 11 seasons is pretty incredible. Watching Busch on his march to 200 wins is something that nobody thought would be possible after Petty did it. Watching Busch for the next 10 (or so) seasons is going to be just as special as we get to see what heights he is able to reach. Can he win three or four titles to push him into the conversation of the greatest champion ever? Can he average six wins a season and pass Gordon’s mark of 93 wins and challenge David Pearson for 2nd on the all-time wins list? Will he race long enough and win enough races to push his all-time win total to 275 or even 300?