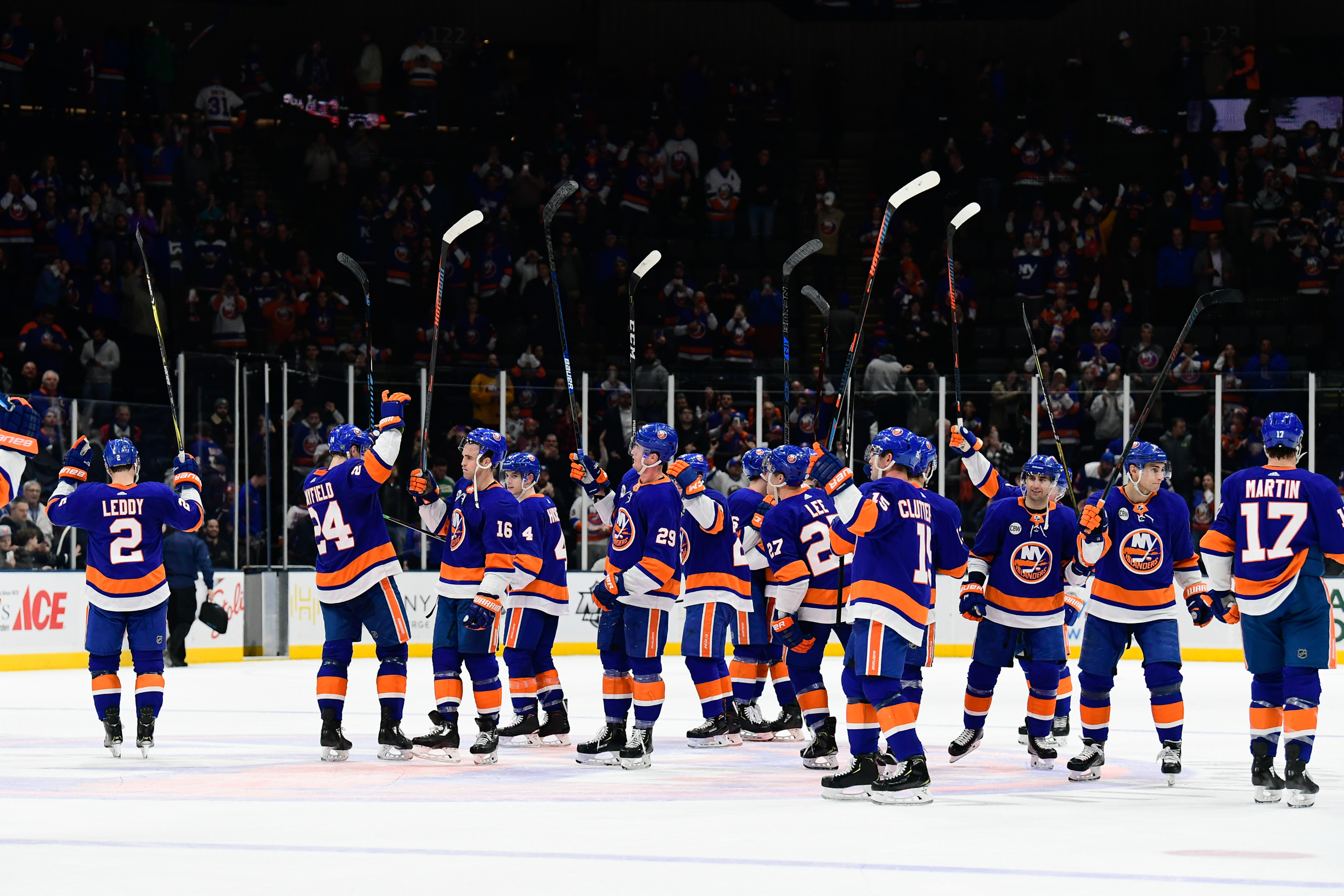 UNIONDALE, N.Y. — The Islanders got the win they needed on Monday night, now they need that positive momentum to keep going.

The Isles put up a solid effort in their 2-0 win over the Columbus Blue Jackets, just their third win over a six-game span. The Islanders have struggled as of late going 2-3-0 in their previous five games and the structure that the team had become known for had disappeared a bit.

However, that wasn’t the case on Monday with the Islanders returning to the style of play that they had become synonymous for since Barry Trotz became head coach. The Islanders had allowed 15 goals in the four games prior to their date with Columbus, but Thomas Greiss and the Islanders defense held the Blue Jackets scoreless for the second time this season.

“We played Islanders hockey,” Trotz said. “More than anything we raised our battle level. That’s where it starts. At the end of the day Greiss made a couple of saves that were key, we got some key blocks and that’s how the Islanders win.”

Trotz weighs in on tonight's victory over the Blue Jackets. #LGI pic.twitter.com/DjP8KZGs7R

The Islanders blocked 16 shots over the course of the game and limited the Blue Jackets’ scoring chances, even in the third when Columbus made a push and had 11 shots on net, It was a promising sign for an Islanders squad that had struggled to regain their form since blowing out the Toronto Maple Leafs on Feb. 28.

Even their two wins over the basement-dwelling Ottawa Senators last week were games that were much closer than they should be. And the Islanders were never able to build off the pair of wins, with the Philadelphia Flyers bookending those games with drubbings of their own over the Islanders at Nassau Coliseum.

Monday’s win was a return to form of sorts for the Islanders, who despite the slump remain two points behind the Washington Capitals who have won seven straight games. Now it’s crucial the Islanders build off their win over Columbus.

“I think anytime you go through a stretch like that one game is nice to right it a little bit,” Anders Lee said. “We have to continue that play like we did tonight. We’re not going to be satisfied with having just one good one in a row.”

The Islanders will have to put up an effort like they did on Monday if they hope to string a couple of wins together. Only three of their final 13 opponents this season are not currently fighting for a playoff spot.

For the Islanders, they’ll take wins any way they can, but preferably they’d take it the way they did against Columbus.

“It’s just about getting wins, getting points,” Josh Bailey said. “At the same time we knew we had another level we wanted to get to. I felt like tonight was more what we’re used to feeling like and playing like, and we played a complete game. I don’t think there were any passengers tonight.

“Everyone seemed pretty dialed in and we got rewarded for it.”

When asked how the Islanders can keep the momentum going into Thursday’s game against Montreal, Lee had a pretty simple answer.

“Bring that same type of energy we had tonight,” he responded.