Jake Guentzel and the Winger For Sid 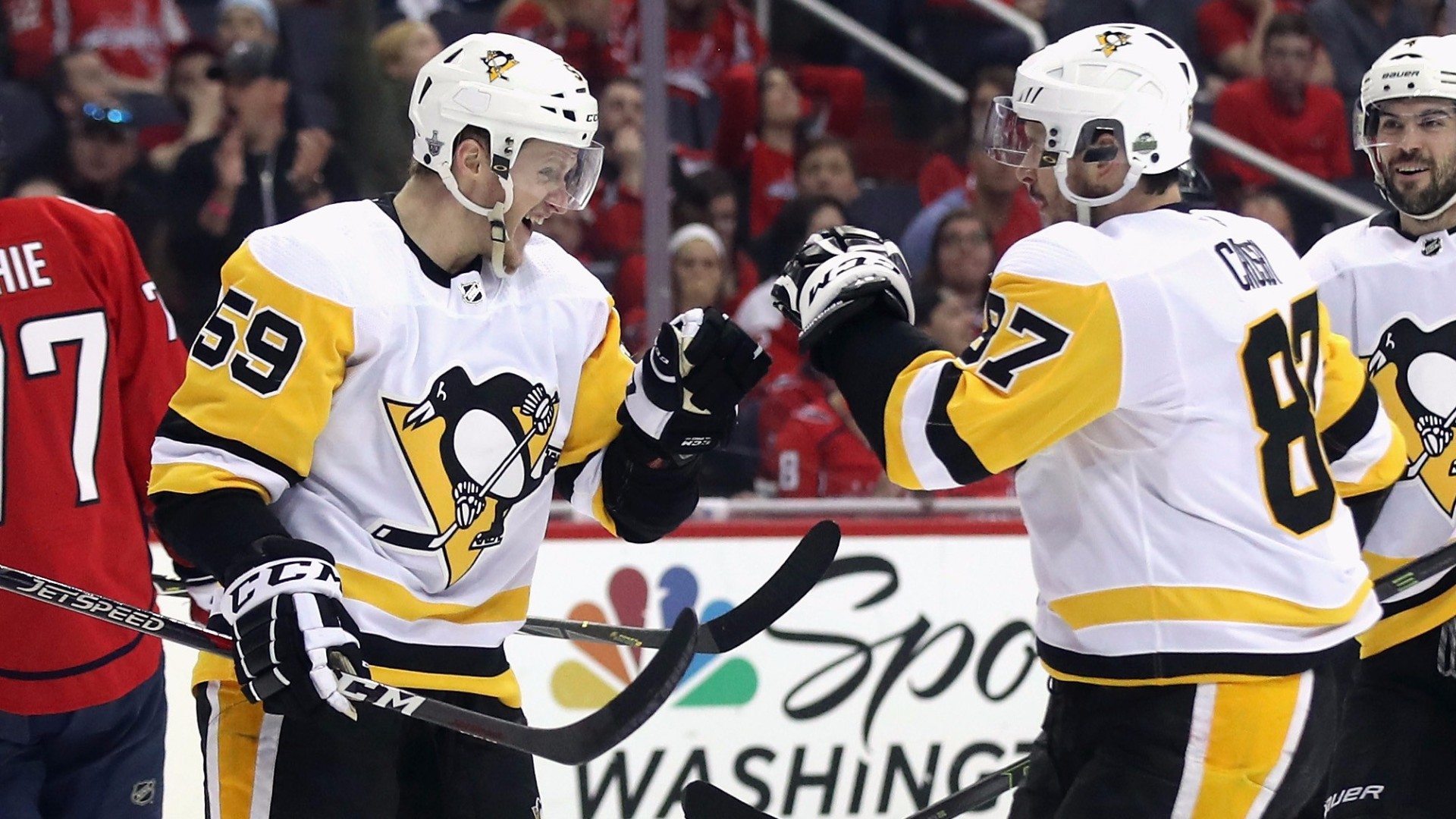 Jake Guentzel and the Winger For Sid

Remember when #WingerForSid was a thing?

Elusive as it was, we’ve seen some placeholders over the years, ranging from the likes of Marian Hossa and Chris Kunitz to Conor Sheary and David Perron.  They were all just temporary until now.

With the emergence of Jake Guentzel in 2016-17, his subsequent 5 year, $30M extension signed in December, and his 34 goals this season, it’s fairly easy to surmise that the wait is over.

We have that Winger For Sid.

This, obviously, isn’t news to anyone paying attention.  Since Guentzel broke into the league in the 2016-17 season, no skater has seen more 5-on-5 ice time with 87 than Guentzel.

In Guentzel’s career, he also has 74 assists at all strengths.  A cool 25 of them have come on goals that Sidney Crosby has scored (33.8%).  Together, via Natural Stat Trick, the two have been on the ice for 138 goals at all strengths.

Consider that for a minute.

Translation: Sidney Crosby and Jake Guentzel have both factored in on 55.1% of the goals scored (76) while they’re on the ice together.

And for as impressive as those combination stats are, what’s perhaps more impressive is what these two are doing at 5-on-5 this season (all data via Natural Stat Trick from here on out unless otherwise noted).

Guentzel’s also found himself shooting the puck more this season, finding the target 1 more time per 60 minutes of 5v5 ice time than he did last season.  In 69 games this season, he’s racked up 150 shots on goal at 5v5, 8 more than he had in his full 82 game season last year.

His 27 5v5 goals scored this season is second-most in the league, just one behind John Tavares and two more than Ovi.

That’s some elite company to find yourself in both in terms of points and goals scored.

And if Guentzel is the trigger man, then Crosby is surely the provider.

Crosby’s 57 total assists puts him 6th in the league and his 88 points has him ranked 5th this season so far.  His 1.33 points per game ranks him 4th, too.

But for as good as the actual goals and actual assists are this season, what they’re doing beyond just scoring goals at an elite clip is staggering.

You can see here that every single combination of players, whether it be Brassard or Hornqvist or Simon (whom I wrote about in November), playing alongside 87 and 59 ends up firmly on the right side of the chart.

In their time together, Crosby and Guentzel have played 1869:33 together at 5v5 across 188 games.  About half of that has come this season as they’ve played 908:21 in 66 games.  The results have been nothing short of spectacular.

To put it lightly, these numbers are bananas.  And it’s not just because of how good Sidney Crosby has been defensively this season.

Across the board, Crosby and Guentzel are generating significantly more shots and attempts, goals, and scoring chances than they’re allowing.  This season, they’re output of those shares falls more or less in line with the total amount of time they’ve seen together, albeit slightly better.

What’s more, though, is just how important they’ve been to the Penguins.  It’s nothing profound to suggest that a team with Sidney Crosby will be better with him on the ice than when he’s off of it, but compared to Crosby and Guentzel’s total across 188 games, this season has been a different animal.

Relative to the team, Guentzel and Crosby have been far and away the standouts this season.  When they’re on the ice together, the Penguins are generating close to a +9 share of the shot attempts, unblocked attempts, shots on goal, scoring chances, and high danger chances compared to when they’re off of it.

Again, historically the Penguins have been better with Crosby on the ice than with him off of it, but not even Sidney Crosby has seen his share of relative numbers come out like this.  In fact, if Crosby’s season finishes the way that it’s currently tracking, this will go down as his best season of his career (relative to his teammates).

Guentzel’s role in that has not gone unnoticed, either.  Beyond his contract extension, which seems like a bargain at this stage, Guentzel is just doing more in his second full season in the league and helping Crosby drag this team to the playoffs.

Adjusted per hour of ice time, Guentzel’s individual contributions have seen an uptick over his previous 122 games played.

Translation: Jake Guentzel is getting better.

Jake Guentzel’s contract extension takes him to the end of the 2023-24 season, where he’ll have the option to hit unrestricted free agency at 29.  Sidney Crosby’s current deal expires at the end of the 2024-25 at age 37.

It may have taken the Penguins until Crosby was in his 30s to find him a true winger, but by the looks of things, he’s going to have that winger for the rest of his career.

If they continue to produce like they are this season and have over the course of Guentzel’s young career, the latter stages of Crosby’s NHL life have a lot promise.