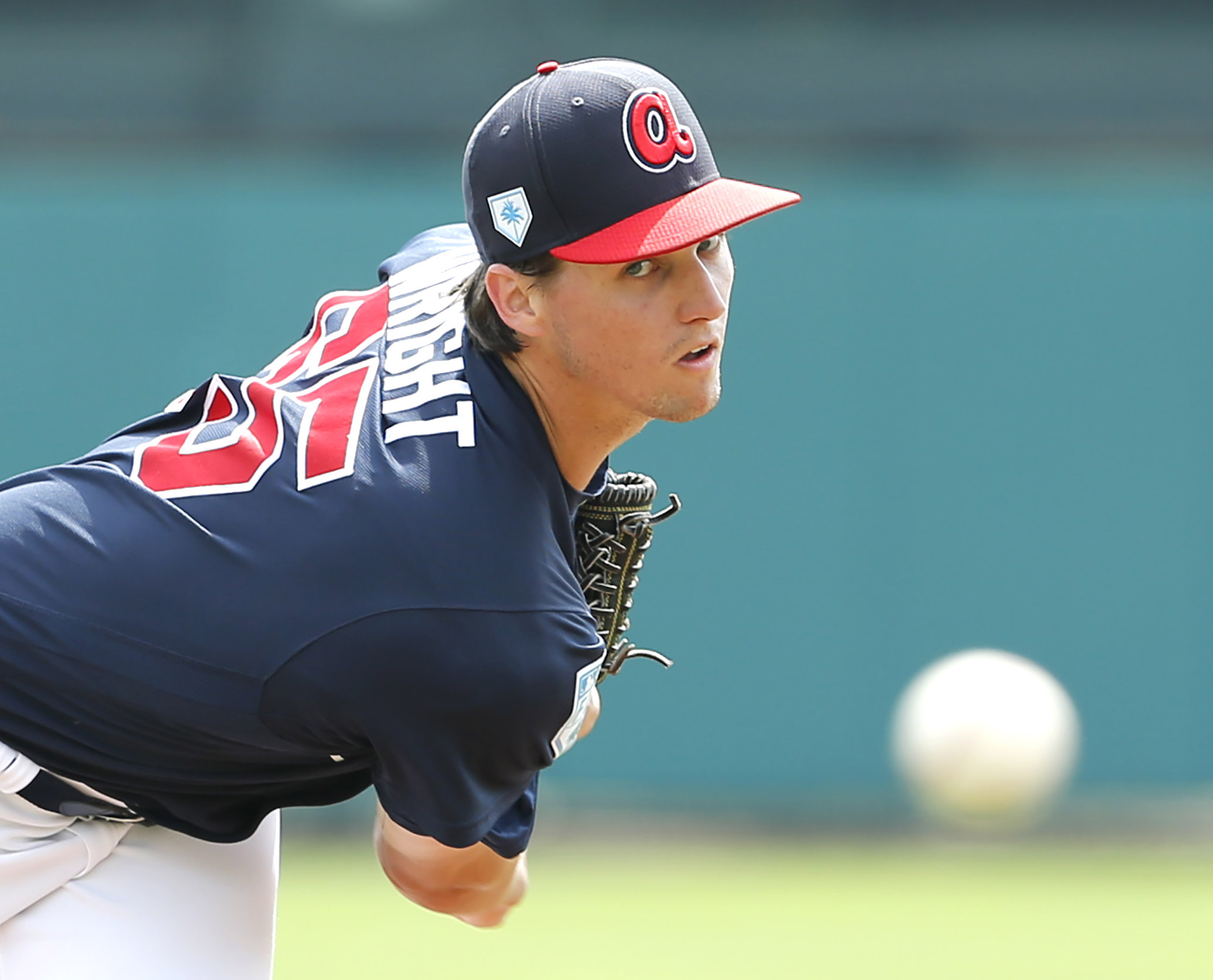 Kyle Wright gave up two runs, but limited the Pirates to four singles and two walks over three innings in which he struck out five players. Not a bad outing even if the Pirates lineup was missing most of their regulars. Wright’s fastball command wasn’t there consistently, which makes his outing look even better. He gets the win as the first inning went to plan for the Braves, whose manager both wants Ender Inciarte to lead off and Ronald Acuña Jr. to hit fourth. Inciarte opened the frame with the first of his two doubles. He then swiped third and scored on a Josh Donaldson single. After Freddie Freeman struck out, Acuña Jr. hammered his second homer of the spring to make it 3-0.

Both of Wright’s runs were surrendered in the fourth as he allowed the first three batters to reach. One run was already in when Jesse Biddle got the call to replace Wright. A second run scored when Biddle gave up a base hit, but Biddle avoided any more trouble.

After Biddle, Touki Toussaint got his work in and boy, did he ever look good? Now, to be fair, most of the Pirates starters, who were largely not regular season starters, were getting lifted so Toussaint was doing most of this against lesser competition. Nevertheless, he breezed through four innings, allowing a pair of hits and striking out four along the way. The biggest number? No walks. Sam Freeman closed with a quiet ninth inning and two K’s.

Dansby Swanson went hitless with a walk in two trips to the plate and is now hitting .200 with a .533 OPS in his limited action this spring.

A year after coming into his own and flashing ace-level potential, Mike Foltynewicz was a no-brainer choice for the opening day nod. However, if he does start on opening day, it won’t be in 2019. On Monday, the Braves confirmed what appeared to be likely for the last couple of weeks – that Foltynewicz will miss the beginning of the 2019 season after suffering right elbow soreness following his spring debut back on February 24. Yeah, spring training has been that long already.

While there doesn’t appear to be any long-term concern and Foltynewicz has been playing catch, he’s yet to throw off a mound. That could happen later this week. At that point, he’ll get back into the regular mix as he tries to stretch out his arm. That potentially puts him on pace to return to the team around the Braves second home-stand starting April 11. Obviously, a much clearer timetable will develop after Foltynewicz gets back on the mound.

Who gets the opening day nod? Nothing is set in stone, but the smart money is on veteran Julio Teheran. It’ll be a bit of history. No other pitcher in franchise history has started on opening day six consecutive years other than Warren Spahn. He’s kind of a big deal.

Of course, for Braves fans, many of whom considered Teheran’s placement in the rotation iffy at best for 2019, hearing he’ll get the opening day start after struggling so much over the last few years is not what they wanted to hear. While opening day starts are largely ceremonial in nature, let’s just say that very few people were anxious to see Teheran get the nod. To be fair, his work this spring has been decent with 10 K’s in 7 innings next to one walk.

MLB Trade Rumors published a list of major league players who are out of options and are on a team’s 40-man roster. Five Braves made the list – Righties Kevin Gausman and Luke Jackson, lefties Jesse Biddle and Sam Freeman, and utility player Charlie Culberson. To even entertain the idea of sending these players to the minors, the Braves would have to designate them for assignment, pass them through waivers, and then assign them to a minor league team.

It goes a little more than that, though. Culberson, Freeman, and Jackson have all been designated for assignment before and sent outright to the minors. Players can only be outrighted to the minors without their permission once. Because of that, even if they pass through waivers, they can elect for free agency rather than head to the minors.

Of course, for Culberson and Gausman, their spots on the roster are locked. Biddle, Freeman, and Jackson are in much more of a battle. So, let’s take a look at where they are this spring.

-Though in similar situations to Mike Foltynewicz, the Braves are far more optimistic about the chances A.J. Minter (left shoulder soreness) and Darren O’Day (forearm tightness) will be ready for opening day. Not because they are further along than Foltynewicz, but because they need less prep time to go out and throw an inning versus what Foltynewicz will need to go five innings.

-The lawsuit following the death of a 60-year-old man at Turner Field in 2015 continues to move forward and the release of a new memo related to another case could be used against the Braves. In 2011, after another death at a major league stadium, an insurance broker for the majors passed the league a memo that pushed for safety netting to be put in place near the railings attached to each of the decks in a stadium. The suit was filed after her husband, Greg Murrey, died in 2015 after losing his balance and tumbling over the 30-inch wall to his death, 40 feet below.

-The Braves will be back in action today at 1:05 at Champion Field with the Cardinals up next. Currently, the Braves starter is TBD. We’ll see how his fastball is looking.

-In blog news, did you see our piece yesterday with the boys from The Platinum Sombrero Podcast on how the Braves position players are looking? If not, join Dylan, Doc, Ryan, Michael, and myself for a dive into things.