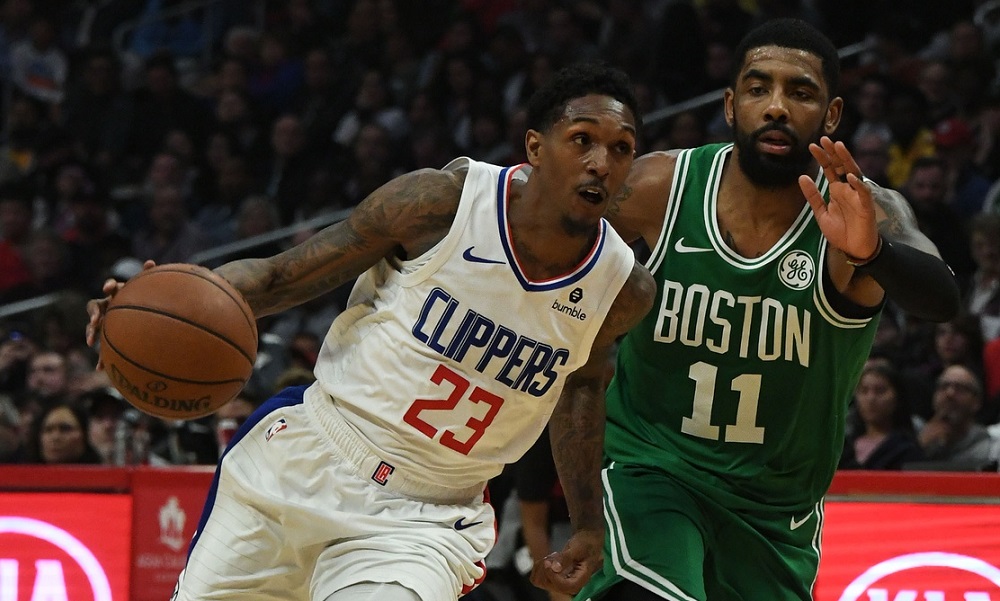 The Celtics have been in Los Angeles for five straight days. Maybe the nightlife finally caught up to them, maybe not, but for whatever reason, they ran out of gas tonight at the end of their four-game California journey. The Cs fell to the Clippers, 140-115, and return home a solid 3-1 on the road trip.

The problem, basically, was that the Clippers couldn’t seem to miss. They shot a ridiculous 53-86 (61.6%), made 13-28 threes, rung up countless and-ones, and scored the most points given up by Boston in any game this season. LA also had a 17-6 advantage in second-chance points, and won the boards, 47-29. Lou Williams led with 34 points (14-20 shooting in just 23 minutes!), followed by Danilo Gallinari, 25, and Montrezl Harrell, 20. Seven Clips scored in double figures.

Jaylen Brown started for Jayson Tatum, who sat out with a bruised shoulder. It was the first game Tatum has missed for injury in two seasons.

Jaylen Brown did his best to keep the Celtics in the game by scoring 13 points in the third quarter, shooting 5-6, including 3-4 from the arc. He finished with 22 points, 7 rebounds and 3 steals.

No one else did anything positive enough to rate a mention.

Marcus Smart was called for three fouls in his first eight minutes of playing time, but he stayed in the game – and immediately took a cringeworthy knee to the groin from Harrell. Marcus survived both the pain and the foul trouble.

The Clippers led 46-42 with 4:35 remaining in the first half, when they ran off nine straight points to take command. They finished with 37 points in the second quarter, went to intermission with a 62-49 advantage, and never looked back. They scored 39 in each of the third and fourth quarters.

Celtics are being pick-and-rolled to death right now. It gets something at the rim almost every time and when it doesn't, it's because the D has scrambled so much they've left guys wide open from 3

Telling sequence: Early third, Cs got within eight, but Patrick Beverley and Shai Gilgeous-Alexander scored back-to-back driving layups and-one, then a Beverley shot hit the side of the backboard but bounced right to SGA, who drained a jumper.

On three straight possessions in the second quarter, offensive fouls were called on screen-setters (two on LA, one on Boston).

Prior to tonight, the Celtics had won three straight games in California for the first time since 1966, and the third time in team history.

Smart off one leg for ✌️ pic.twitter.com/Y12TjOmXAq