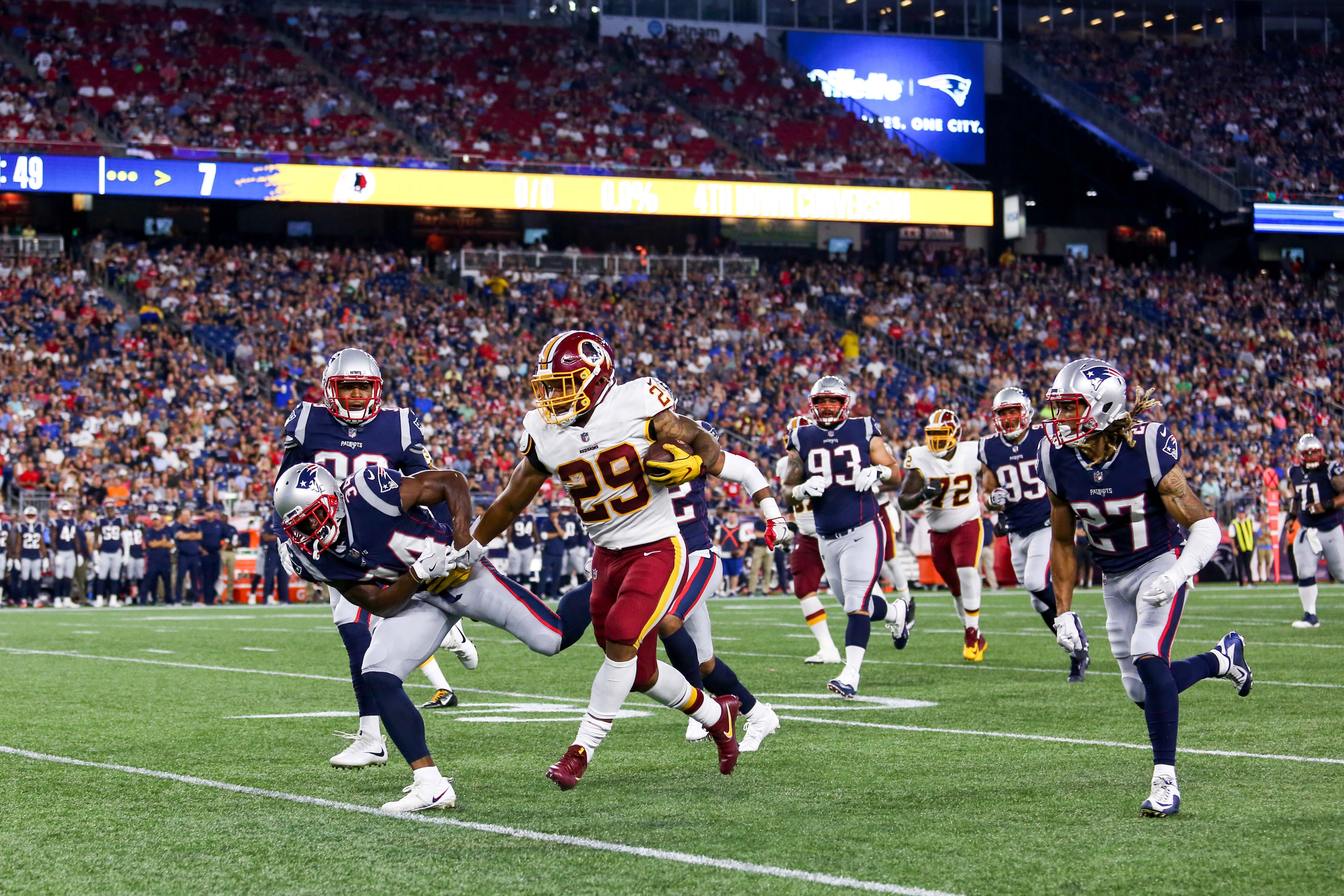 With the return of Adrian Peterson, the Washington Redskins have two solid runners in the backfield.

Last year, the Washington Redskins helped legendary running back, Adrian Peterson, revive his career. For a moment, it seemed like AP’s days in the NFL were finished. Typically, at 33-years-old, running backs tend to cross over the finish lines of their careers. For Peterson, he’s clearly still got some gas left in the tank.

Before last year, 2015 was the last time that Adrian Peterson surpassed 1,000 rushing yards in a single season. That year, he rushed for a league-leading 1,485 yards and eleven touchdowns. He then proceeded to only play in 13 games over the following two seasons. After being traded from the New Orleans Saints after four weeks to the Arizona Cardinals, Peterson’s time felt like it was up.

Most of the 2018 offseason, Peterson was left without a job. That was until the Washington Redskins got desperate. A knee injury to their highly prized rookie running back Derrius Guice forced the team to get desperate and sign a 32-year-old running back who was considered washed up at the time. Man, did that investment pay off well?

AP Shined and earned another contract

During the 2018 season, Adrian Peterson took on 251 carries for 1,042 yards, and seven touchdowns. Clearly, he is far from washed up. Peterson earned himself another future contract after his one year deal in Washington was up, but nobody knew where he would get one from. Fortunately, the Redskins and Peterson had a mutual interest, which landed AP back in D.C. for the next two seasons.

RB Adrian Peterson just called me and told me "I am going back to the #Redskins. It will be a 2-year deal. I feel like we made some good moves to get to where we are trying to go."

The re-signing of AP is good, but how will that affect their young running back, Derrius Guice? The former LSU Tiger has yet to debut in the NFL. After taking on a couple of carries in the preseason, Guice ended up tearing his ACL during the first week, which derailed his entire rookie season.

Now hopefully, Guice will return in time for OTAs, but he will have to compete against Peterson and Chris Thompson for carries. For Thompson, he knows his role as the pass catching back. As for Guice and Peterson, they will be battling it out for the bell cow role.

The re-sigining should be a positive effect for Peterson. Not only does he know the offense already, but splitting carries will get him some much-needed rest after suffering some lingering injuries while taking on the workload. As for Guice, this will be a bittersweet situation. Guice will get to play alongside a future Hall of Famer and gets mentored by one of the best to ever lead a backfield.

On the other hand, Peterson could easily outshine him. As Guice was drafted in the second round, he’s supposedly looked at as a clear-cut number one back. Now, he will have to split carries all season long, which could either affect him positively or negatively. It remains to be seen, but this season will be quite interesting for the young back.