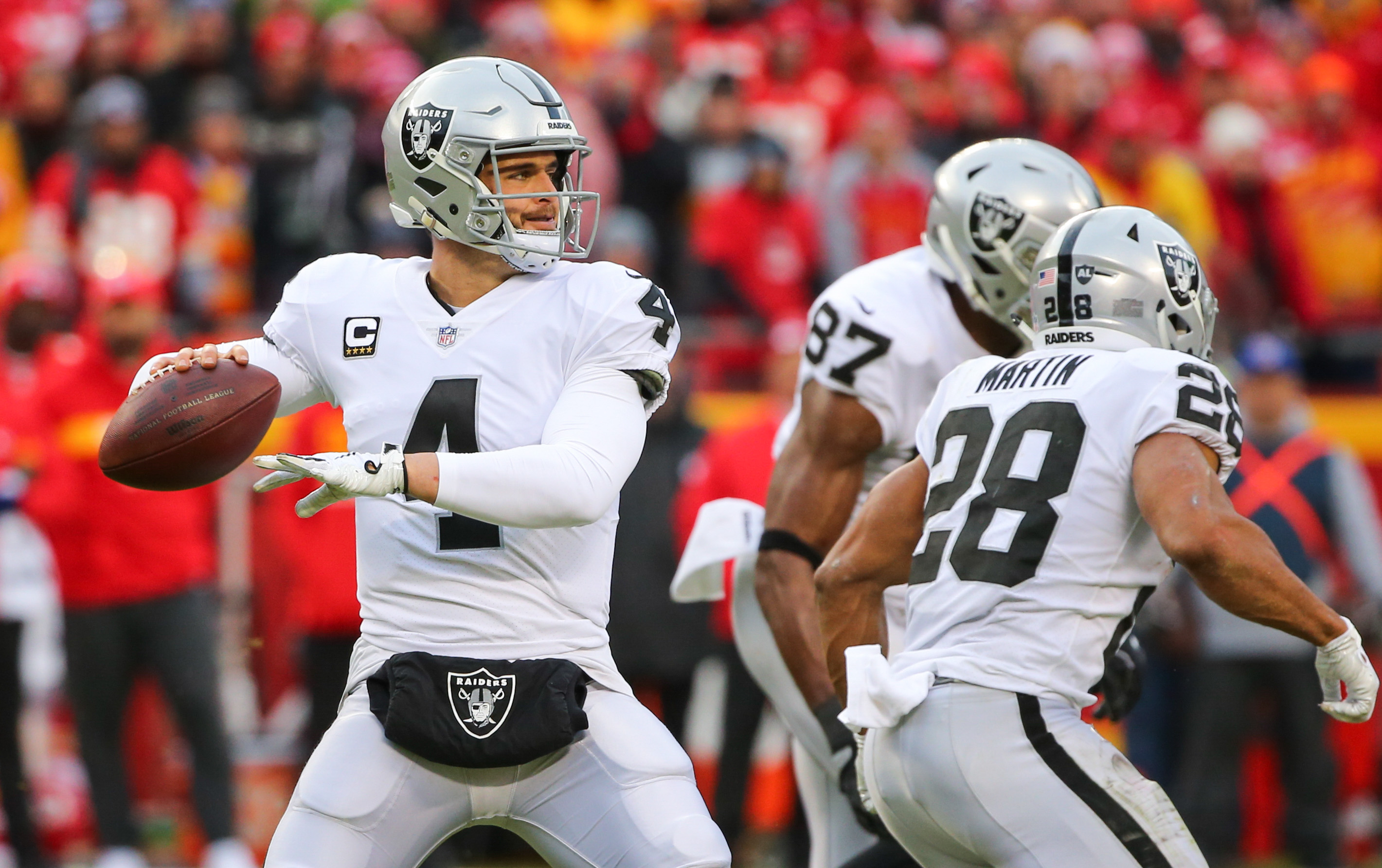 The Raiders’ biggest offseason acquisition is wasting no time in attempting to develop chemistry with his new teammates.

Antonio Brown, who the team acquired over the weekend via a blockbuster trade with the Pittsburgh Steelers, is already getting it in working out in the Bay Area, apparently.

Brown was seen in a park near the team facility, catching passes from Raiders quarterback Derek Carr. TMZ Sports acquired footage of the workout, and you can watch it below.

AB is clearly sending a message that he’s motivated to produce and be a playmaker in his new environment. We’ll see how long that lasts.