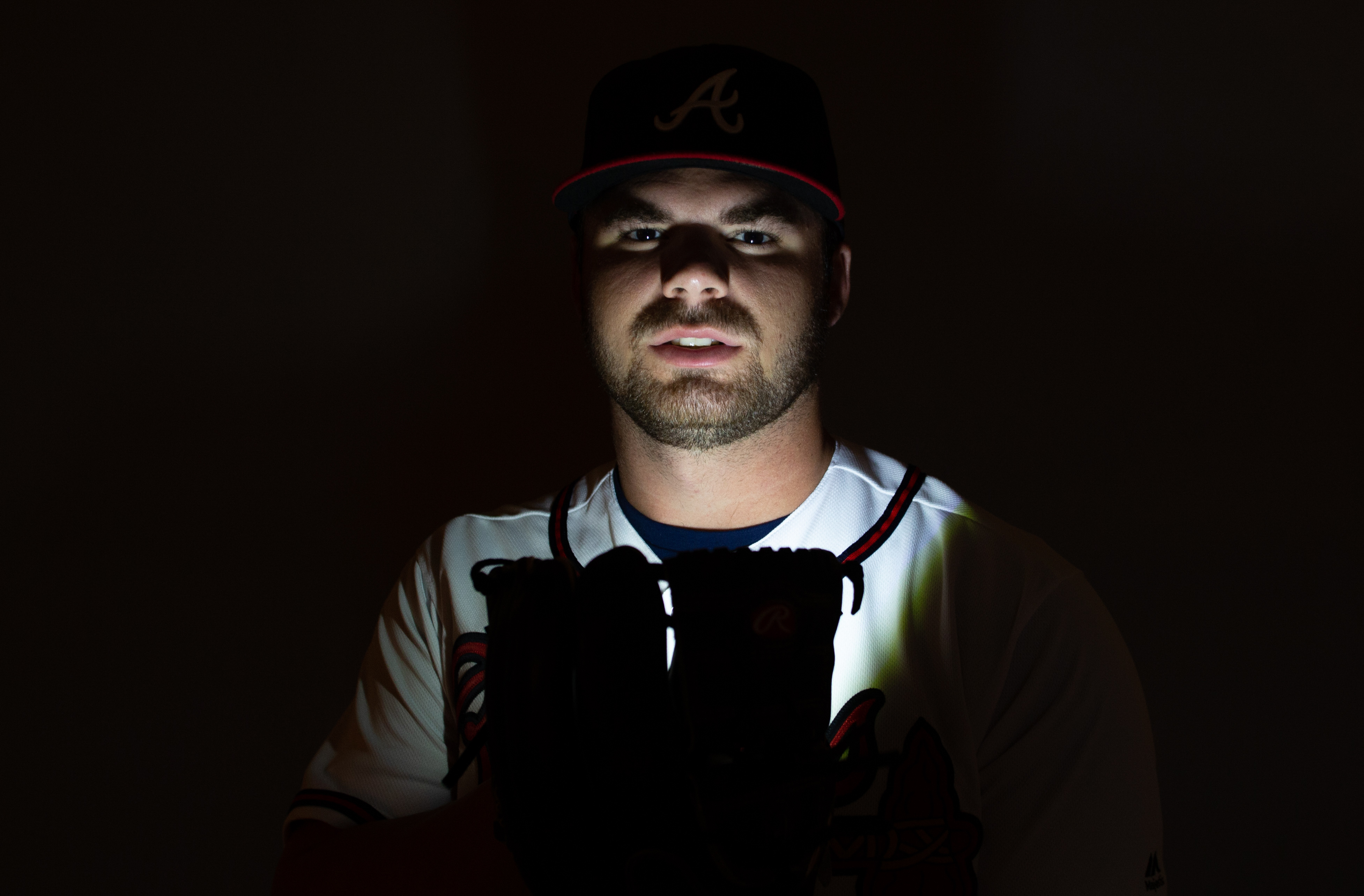 Yesterday, I joked that the Braves’ starter was TBD because that’s what the official site said. I also said we’d have to see his fastball. The starter was determined to be Bryse Wilson and his fastball looked real good. Wilson, who gets forgotten to an extent with this sea of amazing arms, went four scoreless innings against the Cardinals Tuesday. He allowed a single, walked one, and struck out five. And this Cardinals squad did have a few names you might know in the lineup (Yadier Molina, Paul DeJong, Tyler O’Neill, Harrison Bader). Wilson, who was ranked 10th in our Preseason Top 50 Prospects, was on his game.

Wilson remains a little bit below Touki Toussaint (#3) and Kyle Wright (#4) in the pecking order, but through four games, including three starts, he’s allowed two solo homers to count for the only runs he’s given up in 9.2 innings. Only Toussaint has tossed more innings so far, which is both a sign of how often Wilson’s had a chance to shine and how efficient he’s been to avoid early pitch count troubles. Wilson has nine strikeouts this spring to just one walk.

The pen went the rest of the way, securing the shutout. Both Shane Carle and Luke Jackson worked two innings. None were particularly shutdown-worthy as each allowed three batters to reach, but no runs scored and Carle K’d 3 while Jackson struck out 2. Wes Parsons finished with a perfect ninth and two strikeouts. We never talk about Parsons, but that makes eight scoreless innings this spring for the former undrafted free agent.

Ronald Acuña Jr. continues to do special things. He finished the game with three hits in three trips to the plate, including his third homer and second in as many days. The 2018 Rookie of the Year also doubled and is only OPSing 1.208 right now. No big deal. Tyler Flowers also homered, his second knock of the spring. In fun with sample sizes, Flowers has a .133 average and a .883 OPS.

No multi-hit games beyond Acuña’s exploits. Freddie Freeman picked up his third double while Nick Markakis added his first two-bagger of spring. Rafael Ortega, likely ticketed for a trip to Gwinnett in a few weeks, swiped his first base of spring training.

Seven more players saw their bids for a spot on the spring training roster likely eliminated. Pitchers Kolby Allard (#13), Grant Dayton, and Jacob Webb (#23) were all optioned to Gwinnett while catcher Alex Jackson (#20) will join them. Non-roster invites Thomas Burrows (#26), Corbin Clouse (#25), and Tucker Davidson (#27) – all pitchers – were reassigned to the minor league camp as well. After the game, infielder Luis Marte joined the group.

Allard’s demotion was probably the least surprising for any player who was optioned this spring. He has struggled tremendously and his prospect status is in a freefall. Webb was a long-shot and recently got nipped by a comebacker. The fact that he was optioned to the minors likely indicates that the injury isn’t a concern as he would have needed a DL trip first if truly injured. The non-roster trio of pitchers were all long-shots as well in what is a crowded pen situation with three other pitchers, as I mentioned yesterday, who are out of options. Marte was added from the Rangers’ organization last summer and immediately hit .313 at Mississippi before falling back to Earth with Gwinnett. He’s a good glove man, though.

Dayton and Jackson were the most interesting cuts here. Dayton missed last season after undergoing Tommy John back in 2017. A late bloomer, the now 31-year-old made it to the majors with the Dodgers in 2016 while Alex Anthopoulos was a high-level assistant with L.A. He was very solid in 25 games for the Dodgers that summer, though he struggled through injuries before ultimately going under the knife in ’17. Part of the crew competing for a spot in the pen as a lefty, Dayton will try to stick around with Gwinnett.

It was only a few days ago that we mentioned that Jackson could break camp as an extra bat off the bench. His move to the minors suggests either the Braves won’t carry an extra bat on the bench until they need a fifth starter, that extra bat could be Raffy Lopez (which is kind of comical if you think about Lopez even having a bat), or that the extra bat isn’t currently on the 40-man. As of now, Jackson and Lopez are the only excess position players on the 40-man roster who don’t have a spot on the opening day roster likely secure. That does include Adam Duvall, who I think will stick around when camp ends unless the Braves replace him.

With these cuts, the current spring roster is at 40 after starting with 60. That includes 20 pitchers and 13 position players that are on the 40-man roster and 7 non-roster invitees. Those eight are infielders Andres Blanco, Pedro Florimon, Sean Kazmar, and Austin Riley (#5) along with outfielders Ryan LaMarre, Rafael Ortega, and Cristian Pache (#6).

Just to go over these cuts a little more, here is a timeline of them:

Probably the last people Braves fans want to hear from is Liberty Media, the corporate owners of the Braves. Their CEO, Greg Maffei, was near the end of a 45-minute press conference when the subject changed over to the Braves. Maffei spoke of how well the team is set-up and also how unfortunate it is that the Braves play in a division that is so active in that “there is a lot of capital being spent, a lot of money being spent for players. (It’s) definitely the arms race.”

One of the more intriguing things he said was that, “I think the Atlanta management knows they have capacity to do more and are looking for the right deal.”

You can take that a couple of ways. The more likely way is that he is simply saying that the Braves know they have the resources to do more should they choose to do so. That would go with the idea that the Braves have a cap on payroll that is higher than it once was and even bring credence to the idea that the Braves can “shop on any aisle,” a phrase that is now mocked often on social media after the Braves’ quiet final 75 or so days of the offseason.

The other way you could take it – if you watch too many high-drama TV shows – is that Liberty Media is giving the Braves a bit of a shove to go out and increase excitement through a move. That seems very unlikely. But still…anything’s possible?

-Here’s your regular Craig Kimbrel update. Marc Topkin of the Tampa Bay Times says the Rays are keeping contact with Kimbrel and are interested in a short-term deal, something Kimbrel still seems unwilling to go for. I recently looked at a Kimbrel reunion and you have to believe if he does open up to a short-term deal, the Braves will have more interest.

-Over at Baseball America, Josh Norris took out his crystal ball and tried to predict the rosters for the Futures Game. The Braves got a pair of mentions, both for the World Team squad: catcher William Contreras and outfielder Cristian Pache.

-Up next for the Braves will be the Nationals for a road game. Kevin Gausman gets his second start of the spring for the good guys. He gave up four hits and three runs while retiring just four batters in his first outing against the Phillies last Friday. The game is scheduled for 1:05 EDT. The lineup is out and guys…we get Austin Riley in left and Johan Camargo in right. Yep.

-Plugging time: did you see the Walk Off Talk we did with the Platinum Sombrero guys the other day? How about my piece yesterday about using an opener with Julio Teheran? Give them a read and also feel free to catch up on any of our articles you may have missed.