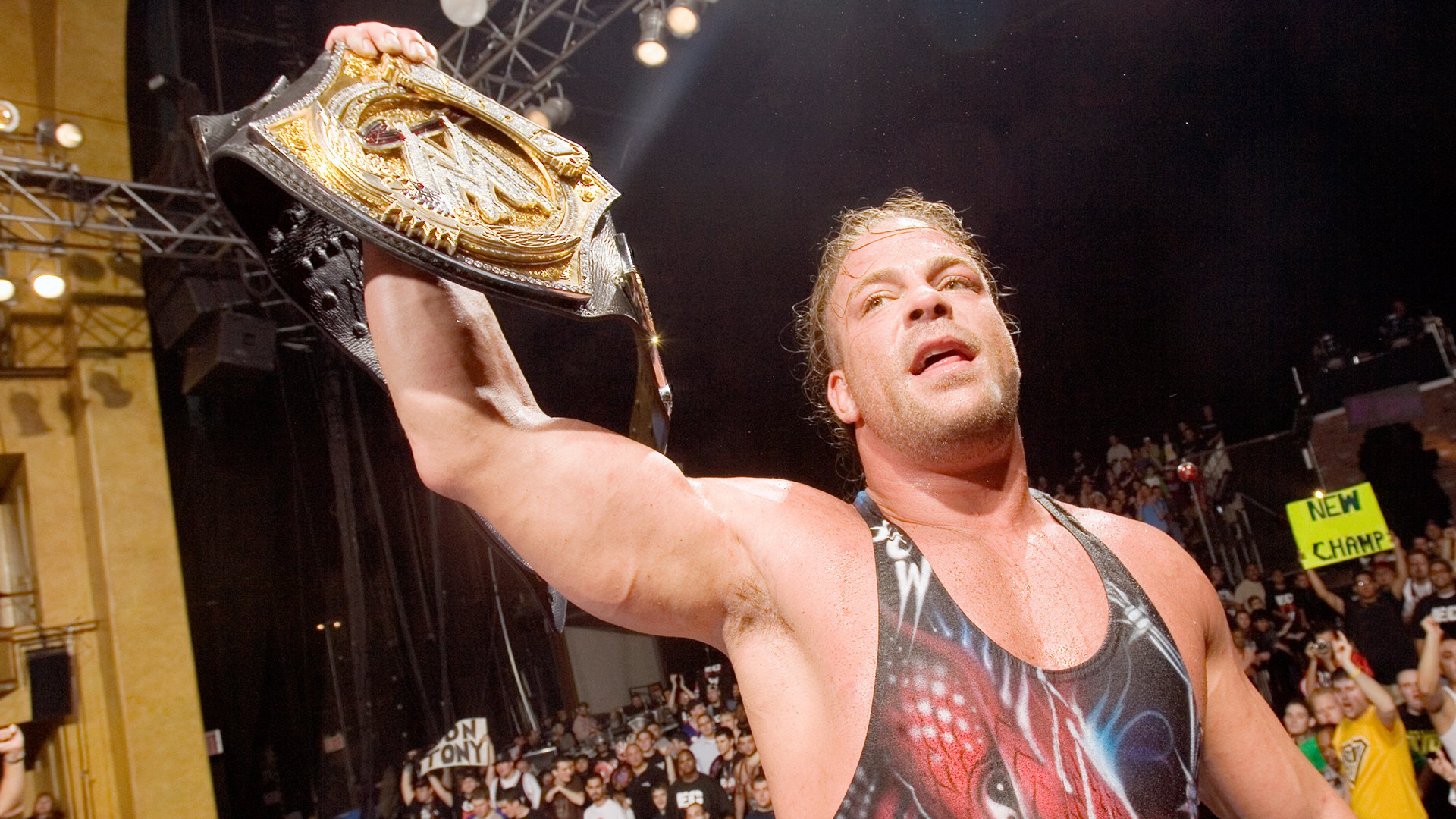 Many wrestling fans would call Rob Van Dam a lock to one day be chosen for the WWE Hall of Fame, but RVD doesn’t expect that call to ever come.

In a recent interview with Helen Yee, Van Dam stated that if he ever does get into the Hall of Fame, “it would mean to me that the office probably gave in to the fans’ demands” and later said, “and by the office, I think I mean Hunter”.

Rob Van Dam tells me what it would mean to him to be inducted into the @WWE Hall of Fame…”it’d mean to me the office probably gave in to the fans’ demand”..stay tuned for my 30min interview with @TherealRVD #WWE #ECW #WWEHOF pic.twitter.com/yNc1Wy6Tjx

RVD seemed to indicate that Triple H would never greenlight a move for him to come to WWE’s Hall of Fame but that sounds a bit extreme, considering WWE has buried the hatchet with former wrestlers such as Ultimate Warrior, Bruno Sammartino and Jef Jarrett in recent years. Van Dam never had the kind of heat with the company as each of those men did.

Regardless of what “the office” feels, Van Dam’s career speaks for itself. Though his early success came outside WWE, he had a solid WWE run as well.

He became one of the biggest stars in ECW history, winning the Television title and tag team titles. He then went to WWE in 2001 as part of the “invasion” angle following the closure of ECW and WWE’s purchase of WCW.

He quickly became arguably the most popular guy among fans in the entire company. However, WWE didn’t give him a run as WWE champion at that time, which should have happened.

In WWE, RVD would go on to win 16 titles. including six reigns as Intercontinental champion. Perhaps his most memorable moment came in June 2006 when he defeated John Cena to win the WWE Championship.

Rob Van Dam cashes in his money in the bank & defeats John Cena at ECW One Night Stand 2006 to win the WWE Title! pic.twitter.com/8e2qxiCaGn

Even if RVD never competed anywhere but WWE, he is a Hall of Famer. When you throw in the accolades he received in the other promotions he worked for, it’s just a matter of time before he gets the call.

Though Van Dam and WWE have never seemed to be on the best of terms, even while he worked there, it’s quite likely that he will one day be included in the Hall of Fame.

A more mature, business-minded Triple H wouldn’t have much to gain by blocking his entry, so RVD should change his tune and start to prepare the speech that he will one day give.