Your Morning Dump... Where Kyrie Irving and Jayson Tatum are going for guts and glory 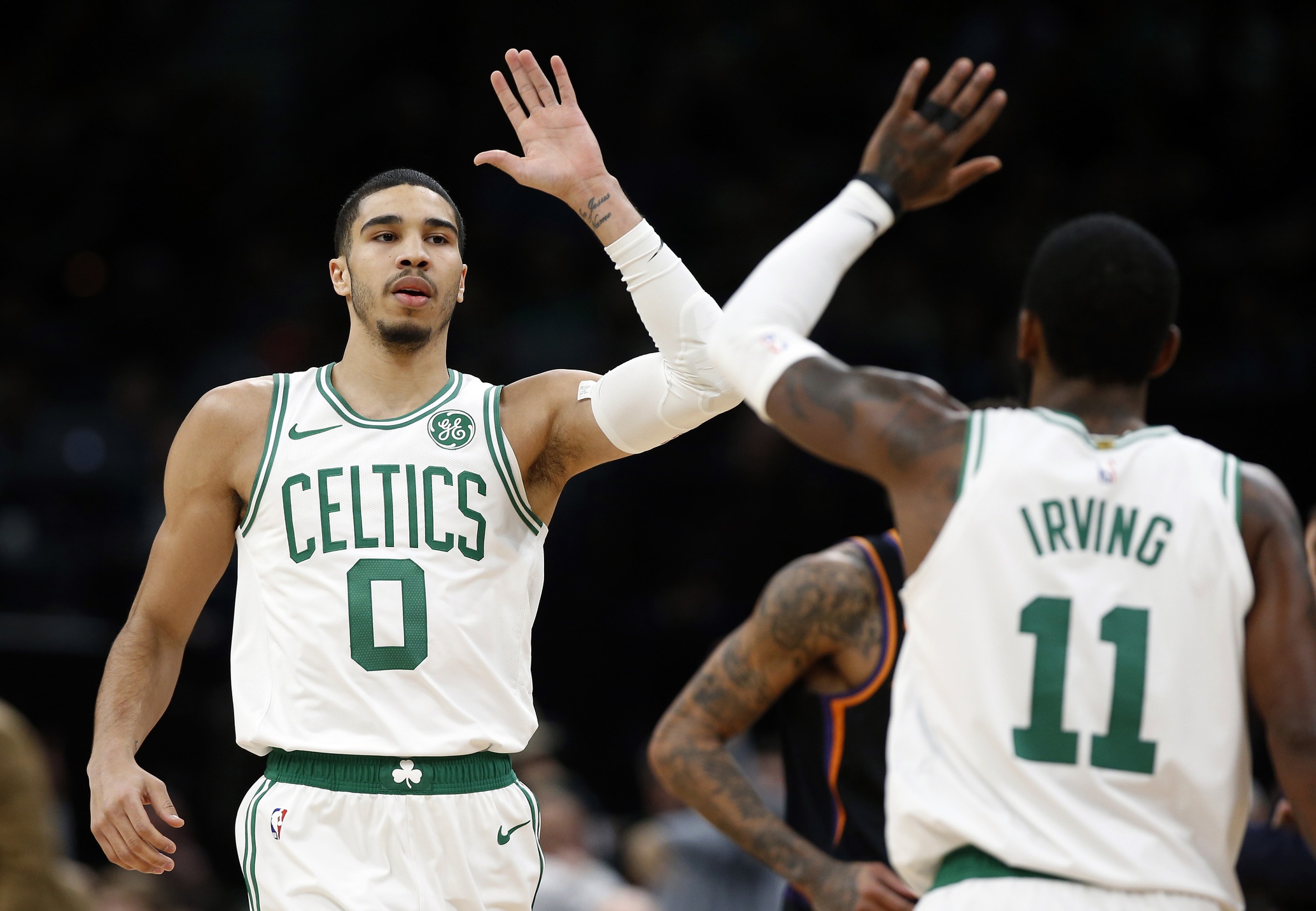 Your Morning Dump... Where Kyrie Irving and Jayson Tatum are going for guts and glory

.@KyrieIrving & @jaytatum0 were just on the Knuckleheads podcast w/ @QRich & @21Blackking. Kyrie said this: “I tell Jay, ‘Me and you in this, we’re going for the guts and the glory. When it’s all on the line, I know I need you right next to me. So, let's get this thing going.'”

With so many headlines muddying the waters on Kyrie’s feelings towards Boston, it’s nice to hear some candid quotes from our star player outside of a media mob. People will hear what they want to hear and I’m sure someone will spin this the other way – “Kyrie shows clear favoritism for Tatum” or “Kyrie signals to Ainge he wants Tatum to stay out of Anthony Davis trade offers”.

One thing is clear about Tatum: He needs some grooming to become a star player. We know the talent is there, but the instinct might not be. Tatum, like Kyrie in Cleveland, seems like the type of player to dominate a game for five minutes at a time. The difference between the two is Kyrie knows how to take a back seat when another teammate has the hot hand, while Tatum often disappears completely. Sorry to dredge up bad memories, but this was especially evident in Game 7 of the Conference Finals, when Tatum dunked on LeBron James, hit a three-pointer to give Boston a lead, and was mostly unheard of the rest of the game. Tatum hasn’t been the type of guy to demand the ball or assert himself on offense yet, but that’s the type of player Kyrie probably wants him to be.

But hey, it’s just a podcast. Kyrie is fluent in word salads so you never know how calculated his comments are.

On page 2… Isaiah Thomas is out of the Nuggets’ rotation

Michael Malone said he had a conversation with Isaiah Thomas ahead of the decision to remove him from the rotation, one he says he’ll keep private. Said it was a hard decision but one he has to make in his position. Said rotation will stay this way for the time being.

I guess I’m way too biased about Isaiah because I actually kind of liked what I saw from him in Denver. He and Mason Plumlee had a nice two-man game working. His jump shot looked smoother than last year. But the Nuggets are evidently worse with him on the floor. (Ok, I just looked it up – his on/off stats are an absolute disaster).

Thomas has eclipsed 30 years of age, appears to be fully healthy, and is still having a hard time finding rotation minutes in the NBA. Things are not looking great for our hero. I predict he signs another cheap one year deal this summer as another team takes a chance on him. Maybe Boston?

Boston.com: Kyrie Irving trusts the Celtics. Should anybody else?

Boston Globe: Here’s everything you need to know about where the Celtics’ future draft picks stand

MassLive: Boston Celtics playoff race: eight games that will determine who Boston plays in the first round