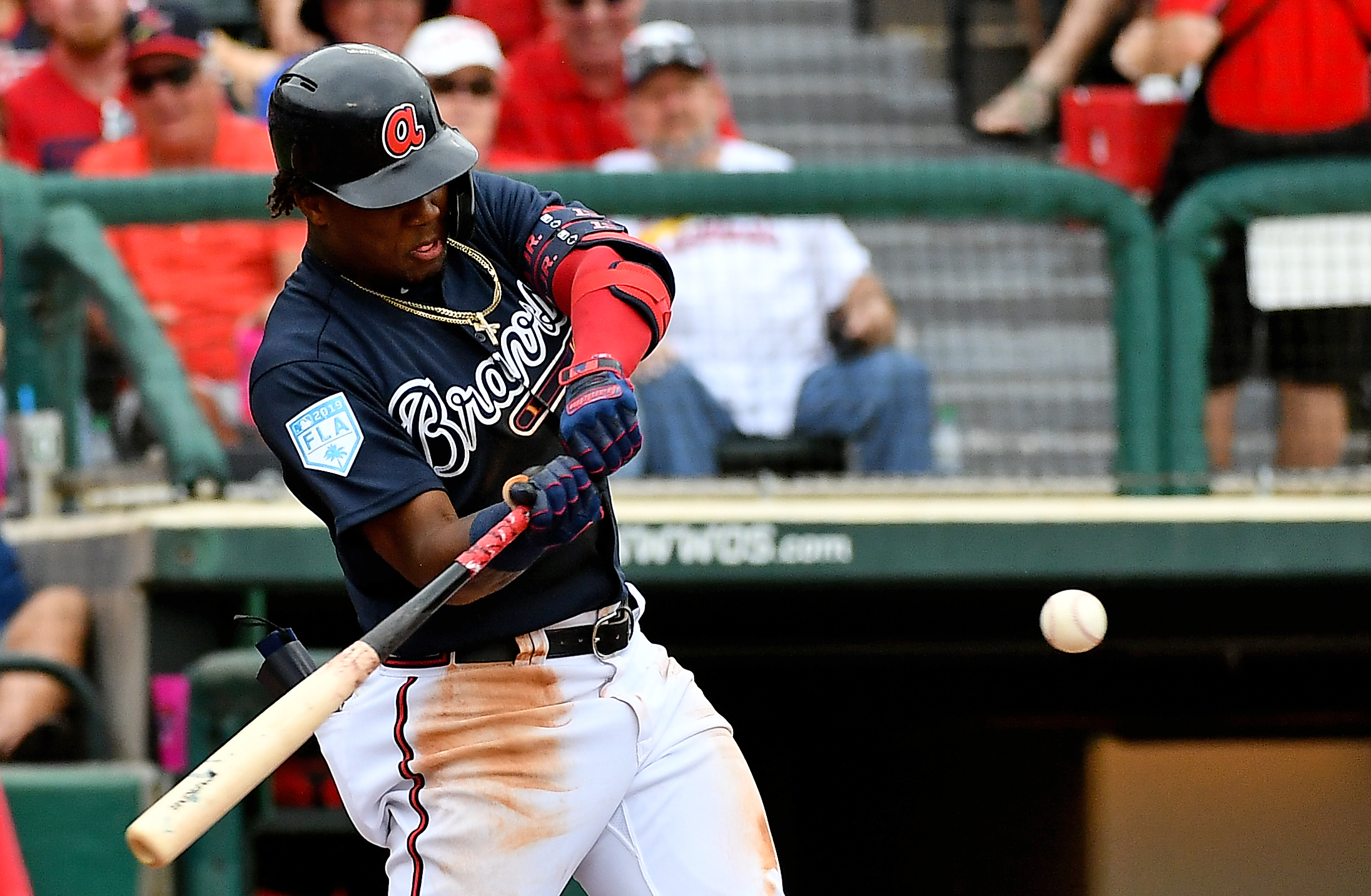 Kevin Gausman’s second outing didn’t go much better than his first. He retired just two of the six batters he faced and was charged with three runs. Two of his poorly placed pitches were smacked for homers by Trea Turner and Juan Soto. Gausman has retired just six of the 21 batters he’s faced this spring.

Like Gausman, Chad Sobotka has not had a solid spring. In his sixth outing, he gave up a pair of hits, two walks, and two runs. That makes it eight runs in five innings and gives Sobotoka the unenviable dishonor of being the only pitcher in camp who has allowed more runs than Gausman to this point. His struggles this spring have likely removed Sobotka from being a possibility for the opening day roster. That’s a bit surprising considering how important he became late last season.

In the middle innings, Max Fried went three innings in his first outing since dislodging a fingernail on a pitch. He was roughed up a little, allowing three hits and walking two. He also gave up a pair of runs, one earned, in the outing. Fried has gone 10.1 innings this spring with a 3.48 ERA. While Fried hasn’t been particularly noteworthy this spring, he’s also done little to hurt his status. Like I said about Bryse Wilson, Fried is probably a step or two below Kyle Wright and Touki Toussaint, the favorites to join Julio Teheran, Sean Newcomb, and Gausman until Mike Foltynewicz is activated. That said, Fried has been utilized a bit more often as a reliever, including appearing in all four games of last fall’s Division Series. With recent cuts clearing up the bullpen battle a bit, that could benefit Fried.

One other likely member of the 2019 pen to appear yesterday was Dan Winkler. He logged a perfect inning with a K. Winkler was brought along slowly this spring and Wednesday was just his third game, but three scoreless frames and three K’s have Winkler on pace for opening day.

Offensively, it was the Ronald Acuña Jr. show. After homering in back-to-back games coming into yesterday’s game, he finished a long ball short of the cycle. To be fair, he only got three at-bats. Further, if you count the homer he hit in his final at-bat Tuesday, the phenom hit for the cycle in his last four trips to the plate. He also swiped his second base of the spring. Acuña got the start in center with Johan Camargo in right and Austin Riley in left. Both played a bit longer into the game than the rest of the starters. It was a learning experience for both as they battled unpredictable winds.

Ozzie Albies finished the day with two hits while Dansby Swanson stole his first base of the spring.

Defense Projected To Be A Plus

It comes as little surprise, but as Mike Petriello of MLB.com pointed out yesterday, the Bravea are projected to be among the top fielding teams in 2019. In fact, they are the top projected defensive team in the NL and sixth overall according to projected fielding runs.

The projection gave the Braves a +19, slightly better than the Padres. In his write-up, Petriello noted:

Like most of the other teams here, the Braves have a fielding superstar, in this case center fielder Ender Inciarte, who finished ever so slightly behind Cain in Statcast’s Outs Above Average last year. But he’s not alone in Atlanta, because first baseman Freddie Freeman, second baseman Ozzie Albies, third baseman Josh Donaldson, and shortstop Dansby Swanson are all projected to be above-average gloves. That’s no longer the case for 35-year-old Nick Markakis, though he ought to still be competent in right.

Other members of the NL East included the Nationals at 14th, the Mets the last team with a positive fielding runs and in 20th, the Marlins in 24th, and holding up the rear is the Phillies with a -14. As Petriello said, the Phillies improved from their historically awful defense of 2018, but still need more work.

Elsewhere, it appears like Major League Baseball and the Player’s Union acknowledge that a strike would be very detrimental to the sport’s future along with its present. To that end, Jeff Passan reports that the two sides have a number of agreements in place to keep things working toward an amicable end. Among them: a million dollars for the Home-Run Derby winner, a re-worked election procedure for the All-Star Game, and a single trading deadline of July 31 – eliminating waiver deals in August.

All of those agreements are set to happen this year. But 2020 is where we get down to the more fundamental changes to roster construction. The much-talked about three-batter minimum is coming. This would require a pitcher who is brought in to face at least three batters, effectively ending the careers (or significantly limited the usefulness) of left-hand specialists (or LOOGYs). While the goal with the agreement is to limit pitching changes, thus speeding up the game, it’s odd that the Player’s Union is both agreeing to eliminate the need for a job and that MLB is essentially limiting stategic decisions.

The Player’s Union did agree increase the regular season roster limit to 26 which, but at the same time that they gained a job, the September extended roster will decrease from 40 to 28. While many laud the move as a way to speed up games in September, it’s another strange move for the Player’s Union especially for youngins on split contracts that will miss out on potential better paydays in the majors.

Like I said, few of the changes will occur in 2019, but it’ll be interesting to see how teams treat the extra spot on the roster. In recent years, teams have opted for more-and-more pitching going from 10 and 11-man pitching staffs that were common 20-25 years ago to 12 and 13 man pitching staffs now. This trend has been especially difficult in the National League, who require deeper benches. The average NL team used 1.5 pinch hitters per game last year, three teams more often than an AL team. This number is a little off because it goes by at-bats rather than plate appearances, but the point is still obvious. Plus, with the three-batter minimum, you’d think bullpens might shrink back to 12 on average.

As my buddy Brando of 755 Battery Ave. pointed out:

And more bench spots = more room on a ML roster for all these guys who have had to settle for ridiculous minor league deals this offseason.

The Braves seemed to be locked into the 4-man bench and none of those were expendable. Needed more roster room to add a Dietrich or Grandy. https://t.co/sQxg6UWfYP

I’m sure we’ll talk more about these changes next offseason. On the plus side, more labor peace is a plus.

-Check out this interview with Brian Snitker from 680 The Fan. Good stuff about Snitker signing for the first time when he was still a player. Find out where he signed his first professional contract.

-Happy Pi Day, everyone! Fun fact – a former Braves pitcher finished with a 3.14 ERA. His name: Mike Gonzalez. That makes so much sense, right?

-No game today. Tomorrow, I plan to take a look at the bullpen in our Morning Walk.

#StatOfTheDay: Since the last member of the Big Three (Smoltz) left Atlanta in 2008, four pitchers have at least 10 bWAR with the Braves.