Your Morning Dump... Where maybe the Celtics have had too much of the wrong experience 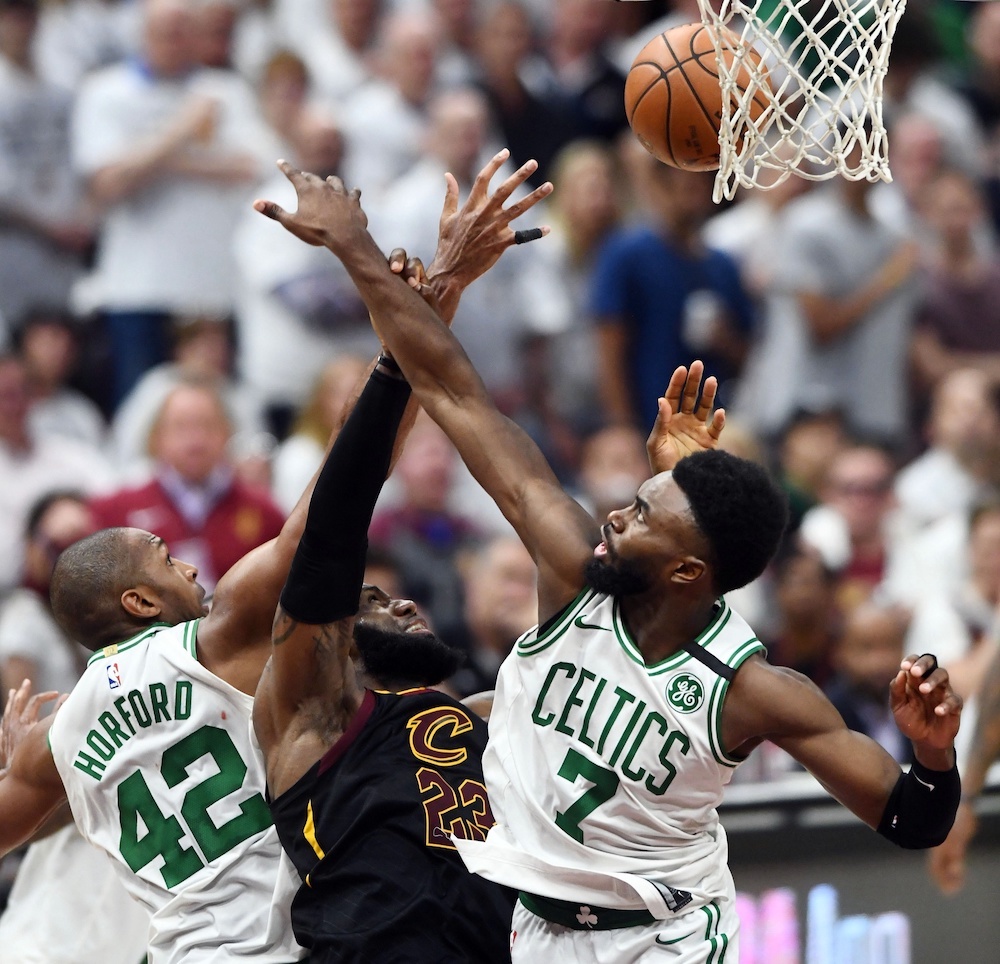 Your Morning Dump... Where maybe the Celtics have had too much of the wrong experience

When Boston Celtics forward Jaylen Brown heard the question, he paused to think about it for a moment.

What had he learned about both himself, and his team, in its stunning run to the precipice of the NBA Finals a season ago?

“I learned about us, that we have a lot of young talent that can really play, play the right way, and we know how to win,” Brown said.

“For me, what I learned about myself is that when I get put in the right position I can play with anybody.”

Brown’s comments were backed up by how he and his team handled that run — one that came with both Kyrie Irving and Gordon Hayward sidelined with season-ending injuries. But while that run without two of Boston’s All-Stars was supposed to be the thing that launched the Celtics to the top of the Eastern Conference this season, it instead has become one of the reasons people are now unsure they’ll make it there.

Here’s something to ponder — April 5th, 2018, the Celtics receive the news that Kyrie Irving will not be back for the playoffs. The rag-tag group of Celtics square off against Milwaukee in round one, and instead of taking the opening game, lose game one in overtime and go on to fall in the series to the lower-seeded Bucks in six games. The Celtics young triumvirate of Jayson Tatum, Jaylen Brown and Terry Rozier has its moments in the Celtics two home wins, but is scarcely heard from on the road.

“We’ll be a different team next season with Ky and Gordon back,” says Rozier, and the young Celtics head into the summer thinking about how it’ll all look when the team is full again.

Ok, so let’s say that’s how it went down. Not too far off script considering game one of the first round did go to OT and the Celtics then couldn’t win a game in Milwaukee. Would guys have slid into their roles a bit more seamlessly this season? It’s possible expectations would have been a smidge lower (imagine Philly or Milwaukee getting to the ECF and probably making Lebron and company sweat. Either of those teams would have likely come into this season with supersized expectations) and they probably would have matched reality. Tim Bontemps sums it all up in one sentence:

The Celtics — to put it mildly — weren’t supposed to do what they did last season.

A friend of mine with ties to a member of the Celtics front office told me recently that the team’s brass felt its squad was being overrated coming into the season. That Boston loved its team, but that it was being lauded with outsized expectations. They looked around the east and saw a Toronto team that was probably better.

I was one of those fans that wasn’t seeing that. Like many of you and much of the media, I viewed this season with green-tinted glasses and was convinced that 60-wins and an ECF birth was a given.

Did the Celtics run to the ECF do more harm than good? Both for fan expectations and player expectations? Up to this point, yes, but as Jaylen Brown points out, once the playoffs start, he and his young teammates will lean on that experience. We’ll be able to throw records out the window and just look at the game and the series in front of the team.

The Celtics may have had the wrong type of experience to set them up for a successful regular season, but here’s hoping it sets them up for the type of post-season run that many of us felt was a given.

On page 2, Dads are home

Marcus Jr.’s absence probably isn’t the only reason behind his father’s cold streak, but it certainly wasn’t helping. When the Celtics play at home, Morris often visits with his son during halftime in the tunnel instead of heading directly back to the court to get shots up.

“If I’m having a rough first half and mentally I’m in my own head, seeing him, it clears it up for me,” Morris said. “It’s like, ‘Oh man, all right. Whatever it was, whatever I did, it’s not that bad.’ He definitely helps me clear my mind.”

There’s none of that on the road, and in the NBA, teams spend a lot of time away from home. Much is made of the stress jumping time zones can put on a player’s mind and body. But while teams charter flights and house players in some of the country’s nicest accommodations, time away from family — especially away from young children — adds emotional stress.

Enjoyable read from Tom Westerholm this morning on the work-life balance of being a dad in the NBA. The Celtics have lots of new dads (Tatum, Timelord, Mook) and a few more seasoned poppas (Horford, Kyrie, Hayward) and as someone who travels for work a fair bit, I can empathize with how hard it is to be away from people you care about. There are a number of reasons that NBA teams (and all professional sports teams, really) play worse on the road than they do at home, and being away from family is certainly one of them.

Some great quotes about fatherhood from players and coaches in this piece, and some kind words about the family-friendly environment that Danny Ainge has created for his employees.

CBSSports — As contenders stumble, is flipping the switch a choice for Warriors, Celtics, Raptors?

Mass Live — Brad Stevens: We need to clean some things up |  Eight games that will determine who Boston plays in the first round